Skip to main content
Museum of the North
Genomic Resources

Becky Lyon is working on a Bachelor of Science in Wildlife Biology & Conservation with a minor in Marine Biology.  She works for both the Mammals Collection and Genomic Resources. She is currently using genetic markers to sex historic and archeological walrus specimens.

Katie Everson is a Ph.D. student in the Mammals Department at the University of Alaska Museum. Her dissertation research focuses on the evolutionary history of tenrecs, which are small mammals that live only on Madagascar. Katie received her B.S. in Evolution & Ecology from The Ohio State University in 2012.

Kayla Tobler graduated from Vista Murrieta High School in Southern California in 2013 and was majoring in biological sciences at the University of Alaska Fairbanks. Kayla left Alaska in 2016 to pursue her dream of becoming a veterinary technician.

Jiyeon "Joan" Baek graduated from West Valley High School in 2012. She received her B.S. in Molecular and Cell Biology from UC Berkeley in 2016. She is currently working on a graduate degree at Rutgers University. 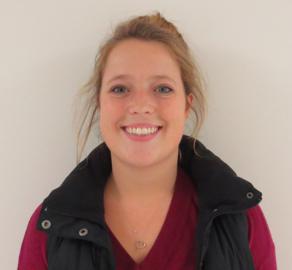 Kristen Scholten was a Pre-Med student majoring in Biology with plans to become a surgeon. She began volunteering for the University of Alaska Museum Genomic Resources Department in the fall of 2013.