In October 1988, 20 men carried the Wolf Totem Pole: Everyone's Grandfather (left in photo below) across the frozen UAF campus. That night the totem was raised in a traditional Tlingit ceremony. The 20-foot pole is made of western red cedar from Ketchikan and features the three figures of eagle, wolf, and bear. This particular totem pole honors the traditional teaching method of a master artist working alongside his apprentices. 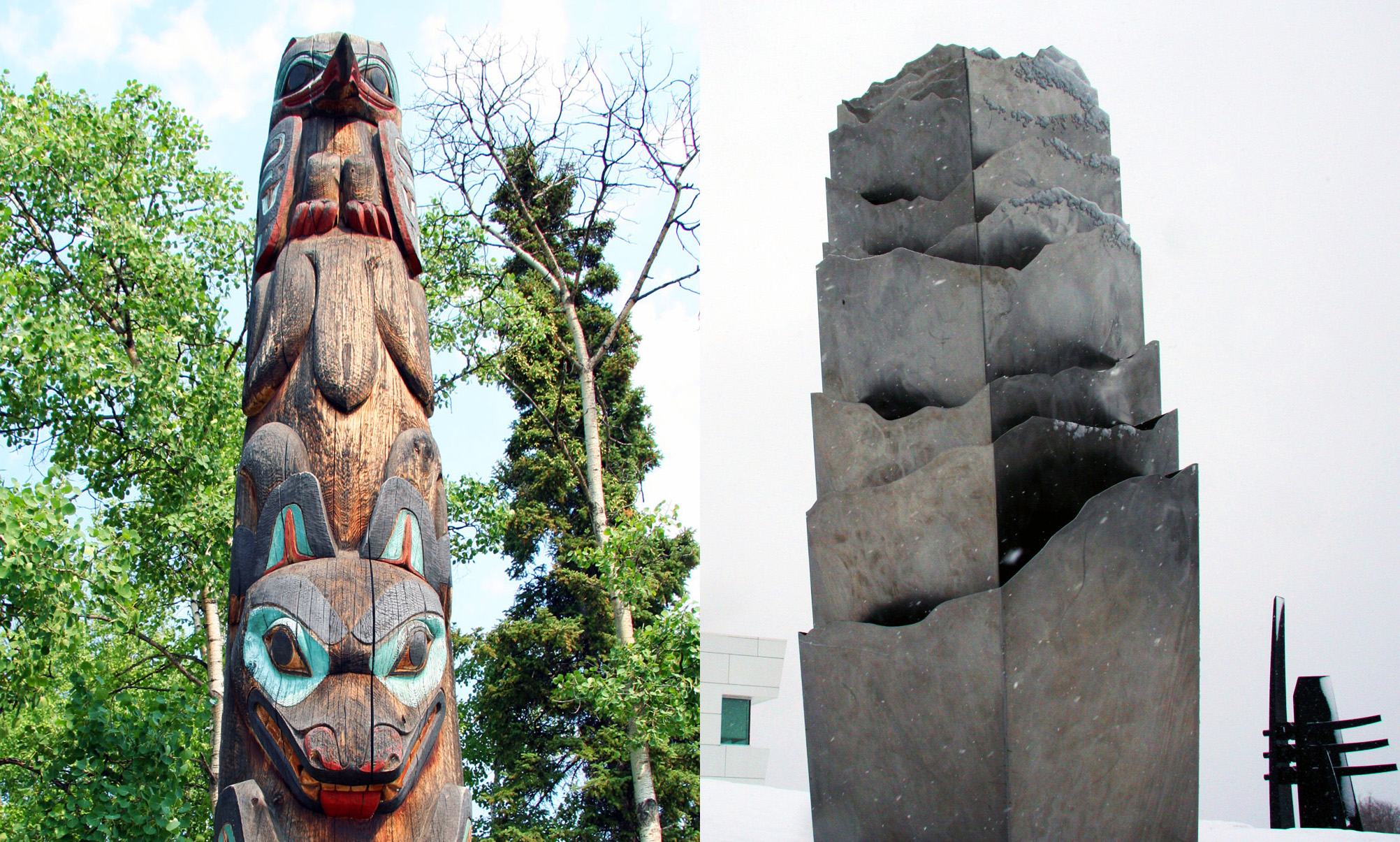 The sculpture Totem by Bernard Hosey (background in photo at right above) was commissioned in 1986 by Alaska's one-percent for art program. Hosey originally presented a model for a 10-foot piece of art, but became so “energized” about the project that he built a 34-foot version. Hosey spent a year by himself, painting and molding the steel to personify his vision of Alaska. Originally, the sculpture was called Fairbanks Totem, because of its location.

Christiane Martens's sculpture Denali (foreground in photo at right above) was also commissioned by Alaska ’s one-percent for art program, in 1979. A couple of months prior to presenting her proposal, Martens stumbled onto an Alaskan guide book. The images of the Brooks Range inspired her design. Martens cut out 13 different elements and began layering them to represent the Alaskan landscape’s specific rhythm. 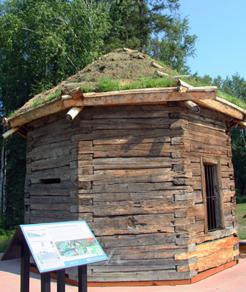 The Kolmakovsky Blockhouse is a relic of the fortified Russian-American Company trading post atKolmakovsky Redoubt. The blockhouse is a significant artifact in relation to Alaska’s Russian history. This particular redoubt was the furthest into the Interior settled by the Russians. The blockhouse was the first building erected on site along the Kuskokwim River, in 1841.

It was the setting for beaver and land otter pelt trade among the local Eskimos and Indians until 1866. The block house also served as a jail and storage shed at the site. After the purchase of Alaska by the United States in 1867, the post was managed by the Alaska Commercial Company and later by other American traders. The site was abandoned in 1917.

The blockhouse was shipped to the University of Alaska in 1931 by Al Walsh, a local miner in the region. It was not possible to save the original roof and floor, or the bottom three courses of logs. An appropriation from the 1982 Alaska Legislature made it possible to reconstruct the blockhouse. Missing logs were replaced and broadaxe, chisel, scribe, and mallet were used to replicate Russian woodworking techniques.

Recently the block house has undergone additional improvements and was moved to its current location at the northeast corner of the museum's grounds. For more information about the reconstruction process please visit the project's page.

Take a walk about the exterior of the UA Museum of the North to experience the architecture and the grounds as an outdoor exhibit, with historical artifacts, scientific specimens, and larger-than-life artwork. Use your phone’s GPS to navigate from stop to stop, or view and listen from anywhere, visiting the stops virtually, in sequence. Including 10 minutes walking time, the tour takes 25 minutes.

Available for Android and iPhone through Google Play and the App Store. 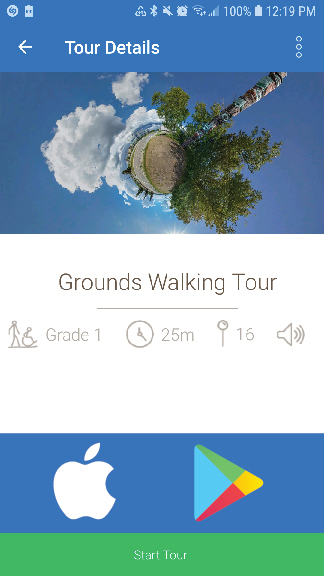