Derek Sikes was hired as the curator of insects at the University of Alaska Museum in July 2006. He is an advocate of the study and protection of arthropod, specifically beetle, biodiversity. His early training included large-scale beetle inventory and community ecology projects in addition to traditional alpha taxonomy and morphological based phylogenetics. He has since combined traditional with modern molecular phylogenetic approaches and has happily dived into the work of documenting the (non-marine) Arthropod fauna of Alaska.

Thalles was awarded a UAF Centennial Postdoctoral Fellowship and began at UAM in February 2021. His research focus is the diversity of flies (Diptera) in the family Phoridae in Alaska and Beringia, using morphological and molecular data (barcoding with nanopore sequencing technology). His research interests also include ant parasitoids (Apocephalus series - Phoridae – Diptera), and curation of the University of Alaska Museum’s Diptera collection. Google Scholar profile.

Taylor began her graduate program in the fall of 2020. Her dissertation research focuses on entomological conservation biology, taxonomy of endemic and relic taxa (Mecoptera: Boreus), and a review of the endemic arthropods of Alaska. Here's a link to how to collect Boreus sp. (aka snow scorpionflies) and an article on some of her recent field work in McCarthy. 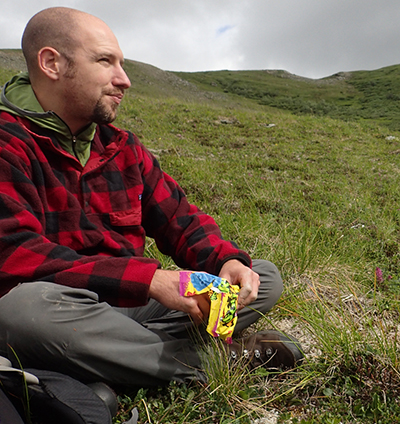 Adam Haberski began his MS program in the fall of 2017 and completed an ecological project examining beetle, spider, and bee communities in forest, shrub, and tundra habitats along an elevational gradient in Denali National Park. He finished his MS degree in August 2020. He recently published a review of the Orthoptera of Alaska - a project he had begun as an undergraduate. 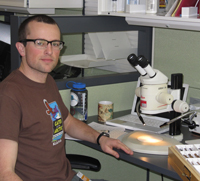 Logan began his MS graduate program in the fall of 2013 and conducted a taxonomic revision of the beetle genus Phlaeopterus (Staphylinidae: Omaliinae). He has published the first chapter describing species with an identification key. His second chapter which estimates the phylogeny of the genus using both morphology and molecular data was published in 2021. 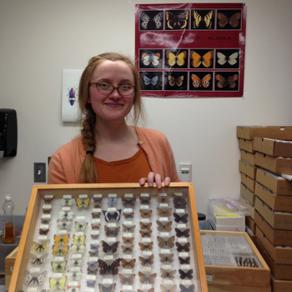 Kathryn Daly began her work in the UA Museum as a lab technician working on the K.W. Philip Butterfly collection in 2014 with funding from the National Park Service. She began her MS thesis research on Alaskan butterflies Fall Semester 2015. Her thesis research focused on an examination of the historical data in Alaska's butterfly fauna to assess if there is a climate change signal related to body size and phenology. 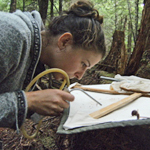 Jill Stockbridge became interested in entomology in her last semester as an undergraduate in 2009 when she attended Dr. Derek Sikes' entomology course.  She worked as a lab technician in Dr. Sikes' lab for one year before pursuing a MS degree in Biology.  Jill's MS project focused on the effects of different forestry thinning practices on the biodiversity of beetles and spiders on Prince of Wales Island, Alaska.  She also produced a baseline inventory of the beetles and spiders on Prince of Wales Island, contributing to Alaska's growing invertebrate checklist. Jill graduated with her MS in Aug 2014. She discovered a new species of Mecoptera, the second for the subfamily Caurininae of the family Boreidae, which she described.. 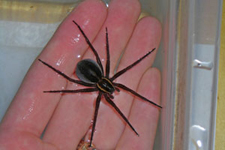 EPSCoR Undergraduate Research Award, summer 2007 and Independent Research (1 term) student on The Spider Fauna of Alaska. Brandi started the MS program in the spring of 2009 and in addition to her work updating the spider checklist for the state she focused on the spider fauna of Conservation Reserve Program lands in Delta Junction, Alaska, comparing spiders of older with younger plots.  Brandi helped with this study on the spider fauna of the Toolik field station in Arctic Alaska.


Ken worked on the butterfly fauna of Alaska and the circumpolar north since the 1966. Ken founded the Alaska Lepidoptera Survey in 1970 and ran it until his death in 2014. The ALS collection is the second largest North American arctic butterfly collection in the world (behind the CNC). His field guide to the Alaskan butteflies is now in its second edition and available as a free PDF here. Ken passed away 13 March 2014 but his scientific legacy survives in the form of his collection and photographs. A nice write up on him is here. A website showcasing the pinned specimens of Ken's collection for educational, historical, and scientific use, was launched in 2019. 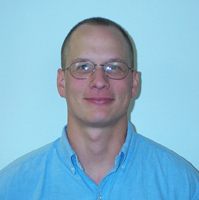 Jim was the first Curator of Insects at UAM (2000-2003). Currently, Jim works as the Leader and Supervisory Entomologist for the USDA Forest Service, State and Private Forestry, Forest Health Protection unit in Golden, CO. He is trained in traditional taxonomy as well as morphological and molecular phylogenetics of the Lepidoptera. Current interests include all defoliating insects, particularly invasive and cyclical outbreak species, and especially the lepidopteran family Tortricidae. 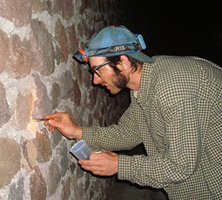 Joey Slowik began work as a graduate student in the MS program in the Fall of 2008. He worked as a curatorial assistant in the Arachnid Collection under Dr. Paula Cushing of the Denver Museum of Nature and Science from 2004-2007. Joey's focus is on spider taxonomy, life history, faunistics, and phylogeny, specifically the spider families Linyphiidae and Lycosidae. Joey completed his MS degree on a species group in the genus Pardosa in the summer of 2011. This resulted in two publications - one that synonymized four species and one on molecular phylogenetics. Joey continues to work on Alaska spiders in collaboration with projects at UAM. 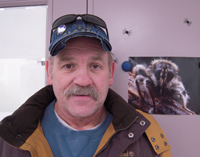 Steve Peek has a general passion for all flies and a MS degree in Aquatic Ecology (under Dr. Mark Oswood, UAF) during which he mastered identification of Chironomidae immatures. He began volunteering in the insect collection identifying flies in 2009 and as of 2022 has identified over 9,000 specimens to family, genus, or species. During the summer 2011 he joined Sayde Ridling (undergraduate lab tech) on an expedition to sample insects on islands near Kasatochi volcano in the Aleutians. 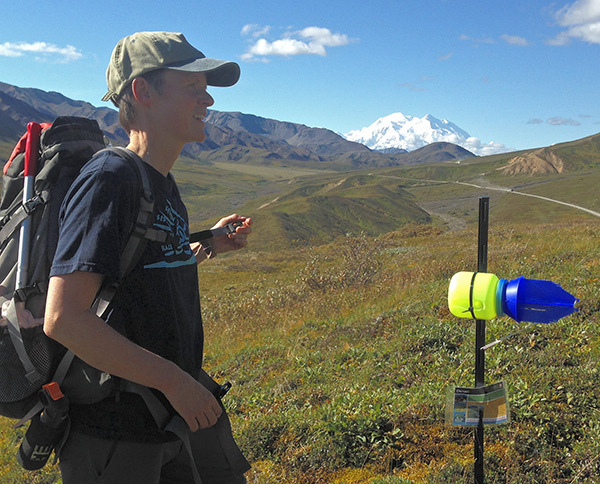 Dr. Rykken has been conducting pollinator surveys in Alaskan National Parks since 2012 and has contributed over 40,000 identified and prepared bees and flower flies to the University of Alaska Museum Insect Collection.