Please visit the Hours and Admissions page for important COVID-19 guidelines for UAMN visitors.
Help us continue our educational, curatorial, and research activities by making a gift online today. The Virtual Museum will remain available for exploring from home.

Skip to main content
Museum of the North
Film Center

Alaska Center for Documentary Film pioneered community collaborative filmmaking in Alaska. Internationally acclaimed films produced by the film center have screened widely in the world. The films have also been succesful in classroom education.

THE DRUMS OF WINTER 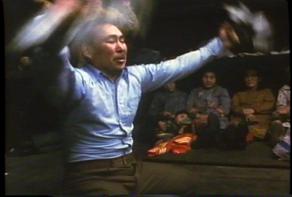 This feature-length documentary explores the traditional dance, music and spiritual world of the Yupik Eskimo people of Emmonak, a remote village at the mouth of the Yukon River on the Bering Sea coast.

Dance was once at the heart of Yupik Eskimo spiritual and social life. It was the bridge between the ancient and the new, the living and the dead and a person's own power and the greater powers of the unseen world.

*The Drums of Winter has been added to the National Film Registry.

FROM THE FIRST PEOPLE 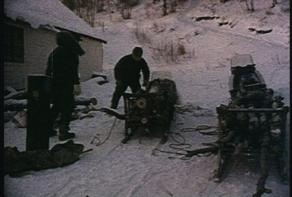 This is a film about change and contemporary life in Shungnak, a village on the Kobuk River in northwestern Alaska, 75 miles north of the Arctic Circle. Life in this inland community is dominated by the seasons and the river. The combination of old and new technology is pervasive.

AT THE TIME OF WHALING 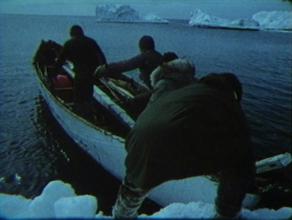 Gambell, Alaska is a Yupik-speaking community on St. Lawrence Island on the Bering Sea. Here, as on the coast, sea mammals are still the major source of food. During their three-week Spring migration through the Bering Channel, whales are hunted using a combination of traditional organization and recently introduced technology such as motors and darting guns.

ON THE SPRING ICE 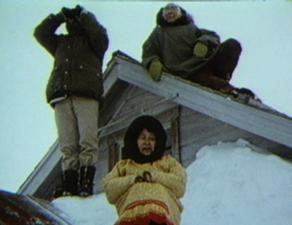 Walrus as well as whales are hunted by the Eskimos of Gambell on St. Lawrence Island. As the film opens, an old man tells of the dangers of moving ice, how people used to drift on such ice and never return. A cluster of men stand on a snowy rooftop, scanning the sea ice for walrus, when one spots a skin boat in distress far out on the ice. The crew had not come home the night before, and now were drifting toward Siberia. 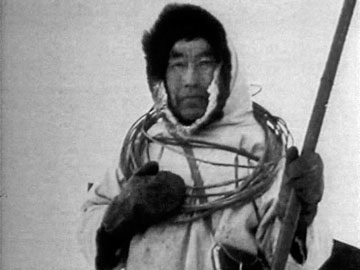 Iirgu is an elder from the Siberian Yupik Eskimo village of Gambell on St. Lawrence Island. As two grandchildren listen, Iirgu recounts events in Gambell from the time the first missionaries arrived. 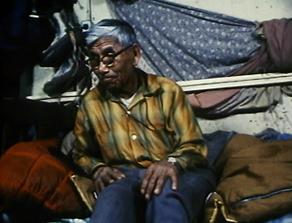 Immaluuraq ("Joe Sun" in English) grew up moving among seasonal camps in the Kobuk River region of Alaska now resides in Shungnak. In this film, he describes the life of the earlier Kobuk settlements. He also talks about the predictions of the legendary Inupiaq prophet, Maniilaq, who was his great uncle. 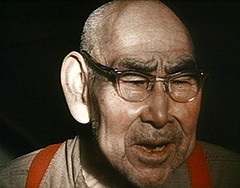 Like many St. Lawrence Island legends, this story is set in Siberia where Chukchi, the Reindeer People, live. Pelaasi, an elder from Gambell, speaks Siberian Yupik. His mythical story, about a man who goes out in search of a reindeer thief is an ungipaghaq, a tale that has been passed down unchanged through generations and believed to be based in truth. 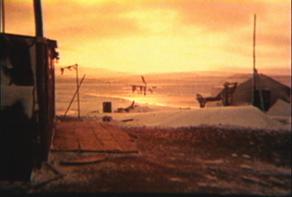 Four sequences, filmed over a two-month period, portray aspects of the lives of the people of Tununak, a village on the south-western coast of Alaska. In the first, the villagers evacuate their homes and camp on higher ground, fearing that a Nuclear test on Amchitka Island, 1000 miles away, may cause a tidal wave.

HEART OF THE COUNTRY 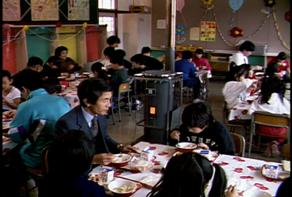 The film is the story of Shinichi Yasutomo, the extraordinary principal of a rural elementary school in Kanayama, central Hokkaido, Japan. Yasutomo is a man driven by his vision for learning and his passion for educating the heart as well as the mind. The film follows Yasutomo, his teachers and staff, students and their families over the course of one entire school year.