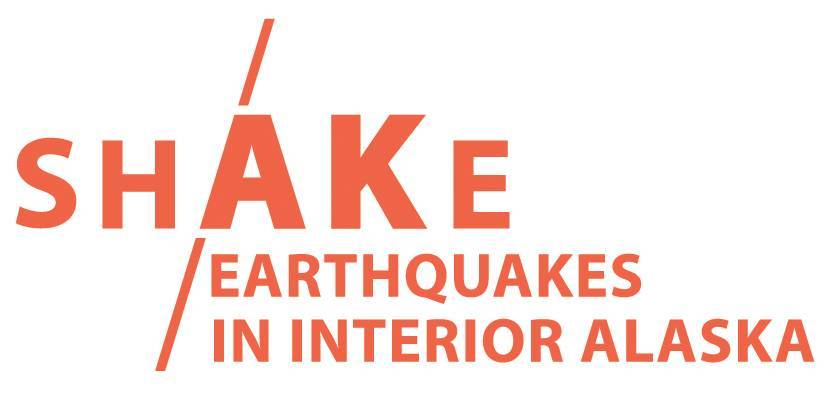 Introduction
Alaska is the nation’s earthquake country. Welcome to the exhibition. This tour illuminates over a century of Interior Alaska earthquake stories. (1:16)

Earthquake Stories
Maps of Alaska and the Northern Hemisphere illustrate the tectonic plate boundaries and the presence of fault lines and earthquakes in Interior Alaska. (2:23)

The Earthquake Alarm
The exhibit’s earthquake alarm receives data from the Alaska Earthquake Center, alerting visitors to the most recent Alaska earthquake, on average, every 15 minutes. (2:55)

1904: The Gold Rush Era
James Wickersham writes the first written record of an earthquake in Interior Alaska as he experiences it in the newly established mining town of Fairbanks Alaska. (6:52)

1912: Katmai Eruption
While the eruption of the Katmai volcano did not occur in Interior Alaska, the blast’s effects were experienced statewide. The news cycle exhibited a now familiar arc. (3:58)

1912: Denali Earthquake
Occurring soon after the Katmai eruption, the 1912 earthquake on the Denali fault was only days late of spelling disaster for the Parker-Browne mountaineering expedition. (3:18)

1929: Healy Earthquake
The earthquakes of 1929 showcase the advantages of log construction in earthquake country. 17 years after the Denali Earthquake, there is a strong memory of those prior events. (2:40)

1937: Salcha Earthquake
A large earthquake strikes near Fairbanks, and the newspaper puts this event along-side national and world events, from Earhart’s disappearance to an influenza epidemic. (3:51)

1947: Healy Earthquake
Interviews with elders from Interior Alaska villages illustrate the importance of oral history and personal observations of earthquakes in a time before widespread sensing technology. (4:05)

1958: Huslia Earthquake
Large earthquakes seldom occur away from tectonic plate boundaries, but 1958 is an example, an earthquake deep into the Interior of the North American plate. (3:35)

The Earthquake Hut
Huts such as this continually record and transmit seismometer data to the Alaska Earthquake Center, helping scientists locate, measure, and study earthquakes anywhere in the state. (2:52)

1967: Fairbanks Earthquake
One of the most important earthquakes of the exhibition is largely forgotten now due to the disastrous flooding of Fairbanks later the same summer. Location is as important as size. (5:35)

1995: Minto Earthquake
Interior earthquake data has illuminated a series of parallel fault zones running north-south through Interior Alaska, any of which can produce large earthquakes. (2:17)

Ground Motion
By plotting earthquake ground motion in three dimensions, we can visualize the various waves and huge amounts of energy propagated through the earth by these events. (2:34)

Earthquakes in the News
The ShAKe exhibition provided visitors with the means to browse articles from any of the 78 collected newspaper pages that reference Interior earthquakes. (2:43)

2014: Minto Earthquake
The most recent earthquake of the exhibition illustrates our scientific awareness of the underlining fault zones and the certainty that there are many more earthquakes to come. (2:59)

Plate Tectonics
We see our local events in the context of global tectonic motion, and consider the long-changing fabric of Alaska’s rocks and mountains and our heightened awareness of local earthquake dangers. (4:09)
PreviousNext