Undergraduate academic advising services in the College of Liberal Arts are provided by a combination of faculty and staff advisors.

If you are a junior or senior COJO student, your faculty advisor can assist with registration, petitions, change of major requests and answer any number of questions related to the college experience. If you do not know who your faculty advisor is, contact Department of Communication and Journalism Administrative Assistant Courtney Pagh at crpagh@alaska.edu or 907-474-7761.

Professor Charles Mason has taught photography and photojournalism at UAF since 1990. He actively and passionately pursues all kinds of photography. His work has garnered numerous awards including the Oskar Barnack Award at World Press Photo, POY awards, and others. He's also had a number of solo shows in and out of Alaska. His prints are in the collection of many individuals and museums.

Mason's photographs have been published widely, including in the New York Times, Outside Magazine, Time, LIFE and even The Weekly Reader. The cover of the bestselling book "Water for Elements" features a photograph he took here at a small circus here in Fairbanks. He's been in Pictures of the Year issues of Time, LIFE, Stern, and the Photography Annuals of PDN and Communication Arts.

Mason has a joint appointment between the Department and Communication and Journalism, and the Department of Art, where he heads the BFA and MFA sequences in Photography.

Mason now mostly photographs his family, travels, and assignment and commercial work. He covers Alaska stories for the New York Times and is represented by Getty Images and the Well Street Art Company. When not taking pictures, Mason enjoys tending to his vast collection of carnivorous plants, practicing solo synchronized swimming routines, and spending time with his many  Siamese  cats. 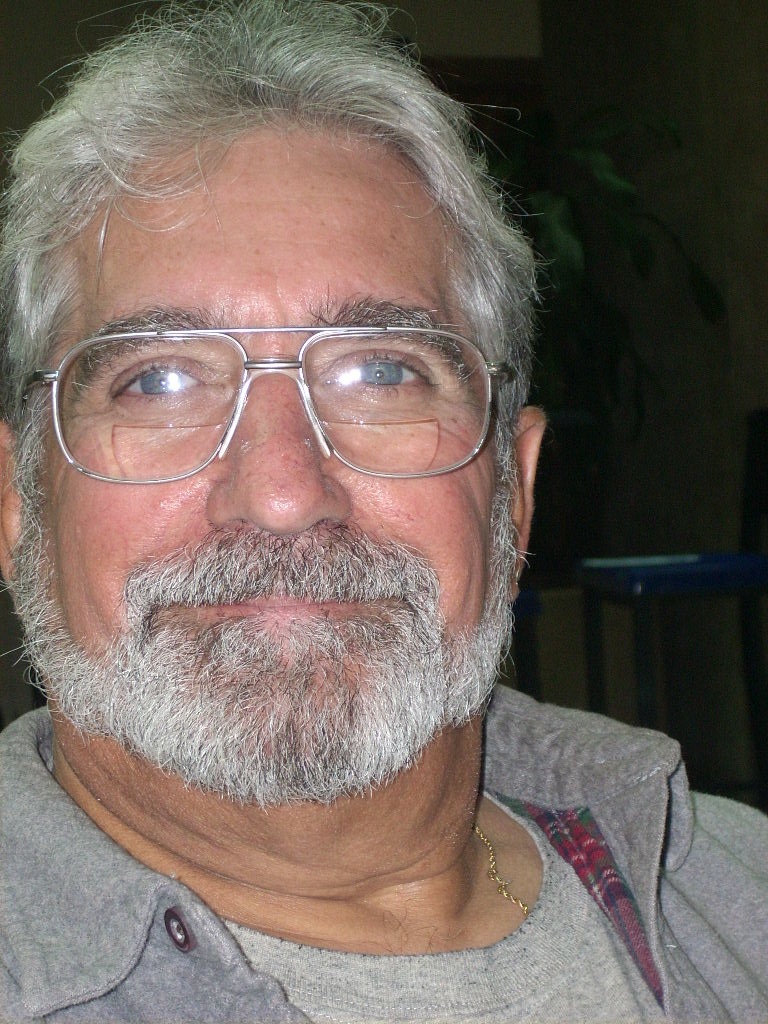 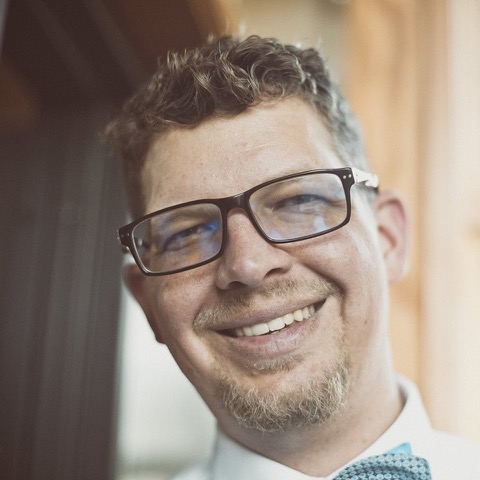 Professor Prince joined the Journalism Department in 2005.  He specializes in video production and documentary filmmaking for the UAF Journalism Department.  He has been working in video production since 1993.  He began his post-college career at Kurtis Productions in Chicago, a documentary production company owned by the journalist and television personality Bill Kurtis.  He went on to produce and direct live television programming for the PBS affiliate WGVU-TV in Grand Rapids, Michigan and then ran the video production department at Calvin College.  His award-winning documentary films have been broadcast internationally.  His documentary "Making Choices" won the audience-choice award at the Newburyport Documentary Film Festival and is available on Amazon and Netflix.  He is currently working on a documentary film about buying a DeLorean sports car and driving it up to Alaska.  In 2013 Professor Prince was nominated and selected as one of eight UAF faculty fellows to serve as part of the Chancellor’s Program for Innovation in Technology and Elearning (CITE).
Learn more

In 2014 Professor Prince created Dark Winter Nights: True Stories from Alaska, a live storytelling event, radio program, and podcast featuring Alaskans sharing true stories from life in Alaska.  Within a year the event was drawing such a large audience that the live show had to be moved into a 1200 seat auditorium.  The podcast is available on iTunes and there's more information at darkwinternights.com.

Watch: The Brutalist and the Dove [Full Documentary] 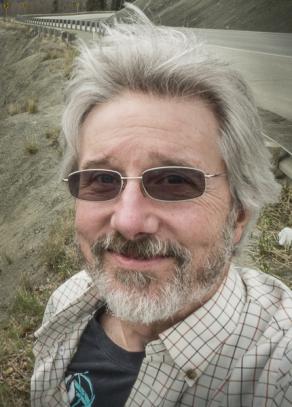 His news photos document Mid East peace talks, political campaigns, disasters, tribal gatherings and jazz greats. His books, My lead Dog was a Lesbian, and Honest Dogs, recount his misadventures mushing the distance in both Iditarod and the Yukon Quest.

O’Donoghue spent 2012-13 teaching and researching digital media trends in India as Fulbright-Nehru Scholar in residence at Symbiosis Institute of Media and Communication.

He is past president of Alaska Press Club and a dedicated member of Investigative Reporters and Editors. He joined UAF Journalism’s faculty in 2001.

He and his wife, UAF Development and Alumni Relations Director Kate Ripley, have three kids, Rory, Robin and Rachel. 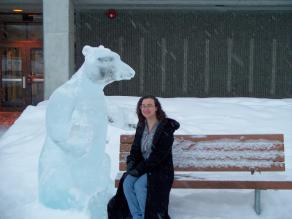 I joined the Department of Communication Faculty in 2008, after having lived in six other states and travelled in every single state except for Hawaii.  My Ph.D. is from University of Pittsburgh (with certification in History & Philosophy of Science), my M.A. is from Texas A&M University, and my B.A. is from Tulane University (with a minor in Physics).

My academic interests are primarily in organizational communication.  My research deals with communicating scientific information and the role of communication in knowledge-production. More generally, my interests are pretty eclectic and I like learning new things, so conversations on almost any topic are welcome. 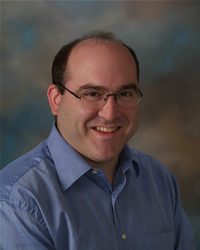 Jason Lazarus provides our technology-dependant department with its life support, keeping our computers, cameras, recorders, microphones, printers and all the rest of our gear in operating condition. He is a graduate of our very own department, with a degree in Photojournalism. Jason has been with us since 2004, taking over the management of our computer labs and traditional darkrooms.  Since 2005, he's served as an adjunct (and recently as term instructor) for the department teaching both film and digital versions of our photography courses and had developed courses in Alternative and Historical Photo Processes. His hobbies range from vintage video games to exploring abandoned mines and dredges. He has a lovely wife, Deanna, and a 11-year old son named Aidan.

Ed Husted practiced general law in Indiana for almost 20 years before moving to Alaska in 1982. He then worked for six years as a paralegal in two Fairbanks law offices practicing workers' compensation law. In 1988, Husted and his wife formed Lawyer Support Services to provide contract legal research and written projects for local lawyers. The following year, Husted began writing and selling weekly summaries of the opinions of the Alaska Supreme Court. His subscription list has now grown to more than 125 law firms throughout Alaska and in Seattle.
When the UAF paralegal studies program started in 1992, Husted taught the first introductory class, and he has taught it ever since. He also teaches three other paralegal courses in addition to Mass Media Law (JRN 413) for the UAF Journalism Department and Media Relations (JUST 630) for the UAF Justice Department. In 1997, Husted became the first full-time coordinator of the UAF paralegal studies program, a position he still holds. 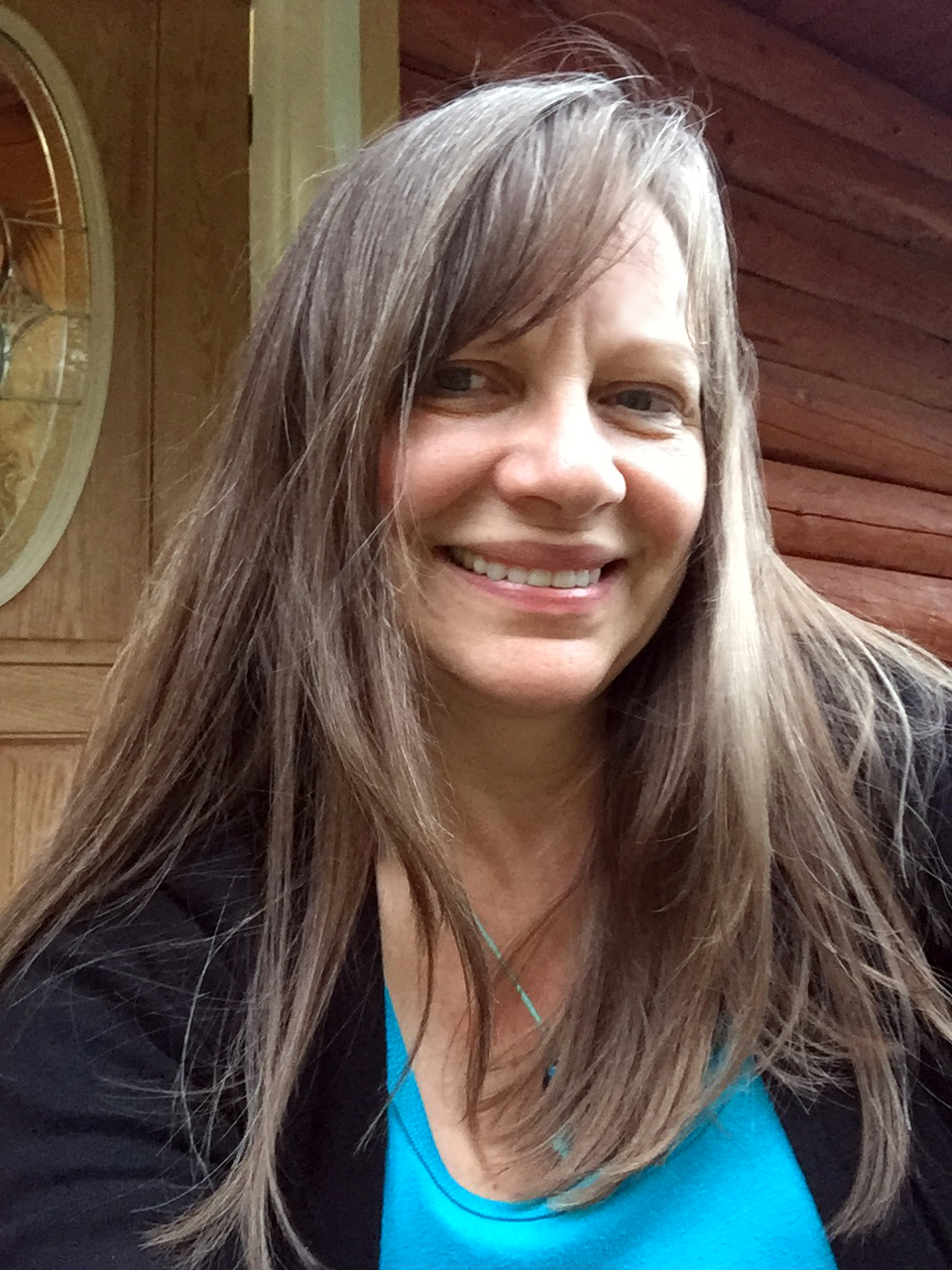 I graduated from University of Alaska Fairbanks with my Masters in Professional Communication in 2012 and have been delighted to be a part of the adjunct faculty of this department ever since. I have taught the public speaking classes of Comm 131x and Comm 141x.  Each semester has given me the opportunity to learn so much from my students, both from the interactions we share in the classroom and about the wide and wonderful variety of topics they choose for the speeches they give.

Within the academic field of communication, I am particularly interested in intrapersonal and interpersonal communication, as well as intergenerational communication.  My research examined the ways in which grandparents negotiate the role transition if they become the primary caregivers for their grandchildren.

In addition to teaching at the collegiate level, I also enjoy working with students as a substitute teacher in the Middle and High Schools of the Fairbanks North Star Borough School District. When I am not in a classroom, I can usually be found spending time with friends and family, working on various home improvement projects, or curled up in my favorite chair with a good book and a cup of coffee.

Born and raised in the north-west of Germany, I did my Bachelor of Arts in English and American Studies at the University of Mannheim in the south of Germany, which already gave me the opportunity to learn about teaching. I then attended UAF as an exchange student in 2014; it is quite obvious just how much I fell in love with the people, landscape, and potentially most fantastic university there is since I am now back as a grad student and TA with the department of communication!

I'm Tori McDermott! I received a major in Communication and a minor in Marketing from Coastal Carolina University. I love being outside and I can't wait to help the students of the University of Alaska become better speakers.

Daria is originally from the Russian city of Saratov, which is on the Volga River. Starting from her childhood, Daria began to write stories and poems. Later, she started to write brief articles for the teenager magazines. The fascinating world of professional journalism attracted her and she successfully graduated from the Moscow State University majoring in the Journalism. She has been working in various business newspapers and journals as a reporter for more than ten years. Daria wrote articles for financial investors and consumers, adding expert comments and analyzing case studies. Daria is a big fan of professional communications and a big fan of learning as well. So, she decided to learn more about journalism in UAF and to continue her education in Alaska.

I was raised in the San Francisco Bay Area, and after having lived in Nevada and Alaska the past few years I hope to never move back to California. I love everything about the outdoors, am a huge fan of hiking and trail running, love to bake and craft, and hope to live the rest of my life somewhere that will always have snow in the winter. My life revolves around two very loving German Shepherds, an amazing husband, and one super sassy cat.

I received my Bachelor's degree in Communication Studies, with a focus in both interpersonal and organizational communication, from CSU Sacramento. I aspire to follow in the footsteps of the outstanding undergraduate professors who helped shape me as a student and as a person. I am passionate about pursuing education because I had passionate professors invest in, both, my personal and academic success.
"Between stimulus and response there is a space. In that space is our power to choose our response. In our response lies our growth and our freedom."
Viktor E. Frankl

I received my Bachelor of Arts in Professional Communication from the University of Alaska, Fairbanks. I love to travel. Adventure is my middle name. In my travels, I have had the opportunity to teach both dance and American Sign Language. I am an avid bookworm and spend some of my happiest days devouring stories. My area of interest lays heavily in web design and nonverbal communication.

Quote: "What you do speaks so loud that I cannot hear what you say." - Ralph Waldo Emerson

Rebecca Lawhorne is a lover of odd stories, people, and places. She was born into a Christian community in Dry Creek, Alaska and raised on a small island in Florida.

A resident of Fairbanks, Rebecca has called many places home, most favorably her lovingly converted 1995 Nissan Pathfinder. She spent a year in the said home, traveling America and typing poems for strangers, on-demand, with her Smith Corona typewriter. Instead of growing up, she turned it into a full-time business called PoembyBecca. She currently creates one of a kind pieces with birch tree bark for all willing to walk up to her at the local farmer's market.

She received a B.A. In English and Journalism from UAF. Her time spent crafting poems for strangers led her down the path towards the Communication and Journalism department, where she continues to seek the intangible unknown.

An almost life-long Alaskan with ties to UAF since the early 70's, I have been with the Department of Communication since 2010. My focus is on student success and I pride myself on being able to find creative solutions to student problems.