The Center was founded in 1994 by Elmer E. Rasmuson with a $1 million dollar endowment to the University of Alaska Fairbanks.  The endowment continued to grow through a $100,000 donation by Wards Cove Packing Company and additional contributions by Mr. Rasmuson.

After Mr. Rasmuson's death in December 2000, a second major endowment in support of the Center was created through a bequest from Mr. Rasmuson's estate.  The endowments are managed by the University of Alaska Foundation, and interest on the principal is used to support the research of graduate students that contributes toward the scientific or applied knowledge base of Alaska's marine environs and resources.

The Rasmuson Fisheries Research Center's mission is to promote excellence in research related to fisheries, and to develop young fisheries scientists. 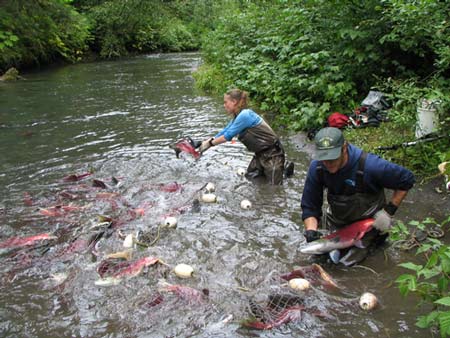