Since the 1930s the UAF sports mascot has been the polar bear. In 1963 the Polar Bears became known as the Nanooks, from the Inupiaq word for polar bear. 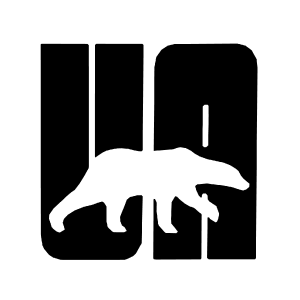 1960s
In the 1960s UA President William Wood commissioned a student to draw a polar bear from one of Fred Machetanz' paintings. An ink drawing was done that was later refined into a graphic featuring the letters UA and a lumbering bear going across them. 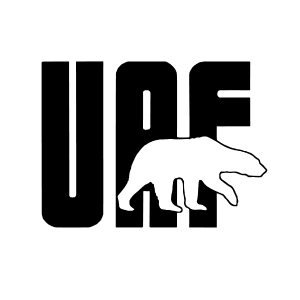 In response to a major statewide university restructuring in 1975, the university was renamed UAF, forcing the need for a new logo. The F was added to the UA logo and the bear was redrawn. 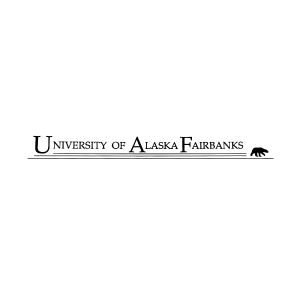 UAF Chancellor Patrick O'Rourke introduced a new logotype in 1985 featuring the name of the institution, three lines and a very small image of the nanook.

Chancellor O'Rourke sent out a memo on the implementation of the institutional identity requesting the use of the official UAF logo and script type on all communications from UAF. 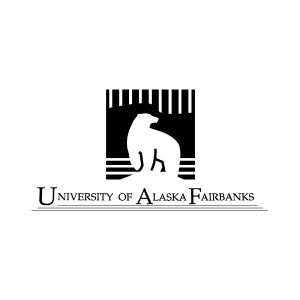 In 1995-96 university graphic designers teamed up to look at updating the university's graphic identity, eventually creating the popular Aurora Bear image which illustrates UAF's Land, Sea and Space grant status using the UAF mascot, stylized aurora, mountains and the ocean. This graphic is bold, clearly a polar bear, works well in print and web publications and represents input received from many areas of campus so it was well supported. 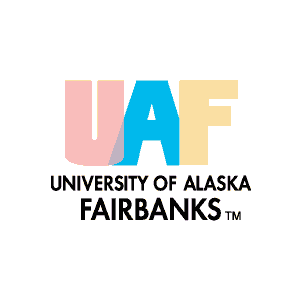 A new UAF logo was developed in conjunction with a new marketing and enrollment initiative aimed at Alaska high school students. UAF designers, working with a marketing firm based in Alaska, developed a mark with the letters UAF overlapped in the colors pink, teal and yellow to be used in student recruiting publications. The marketing firm recommended that the polar bear image not be used as part of UAF's logo or on any student recruiting publications since polar bears were perceived to be unfriendly by tested focus groups. 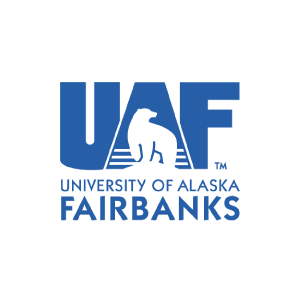 The UAF logo image was modified to appear in one color - UAF's bright blue. There was considerable disagreement on eliminating the polar bear image from marketing efforts. There was a growing affection for the mascot which grew out of this. Eventually the bear from the aurora bear artwork was successfully melded into the UAF logo. This image forms the basis of the current UAF graphic identity.

Chancellor Marshall Lind sent out a memo formalizing the adoption of the UAF logo and encouraged all departments to incorporate it into their printed materials. The UAF logo was extremely well received, and helped present UAF in a cohesive manner. 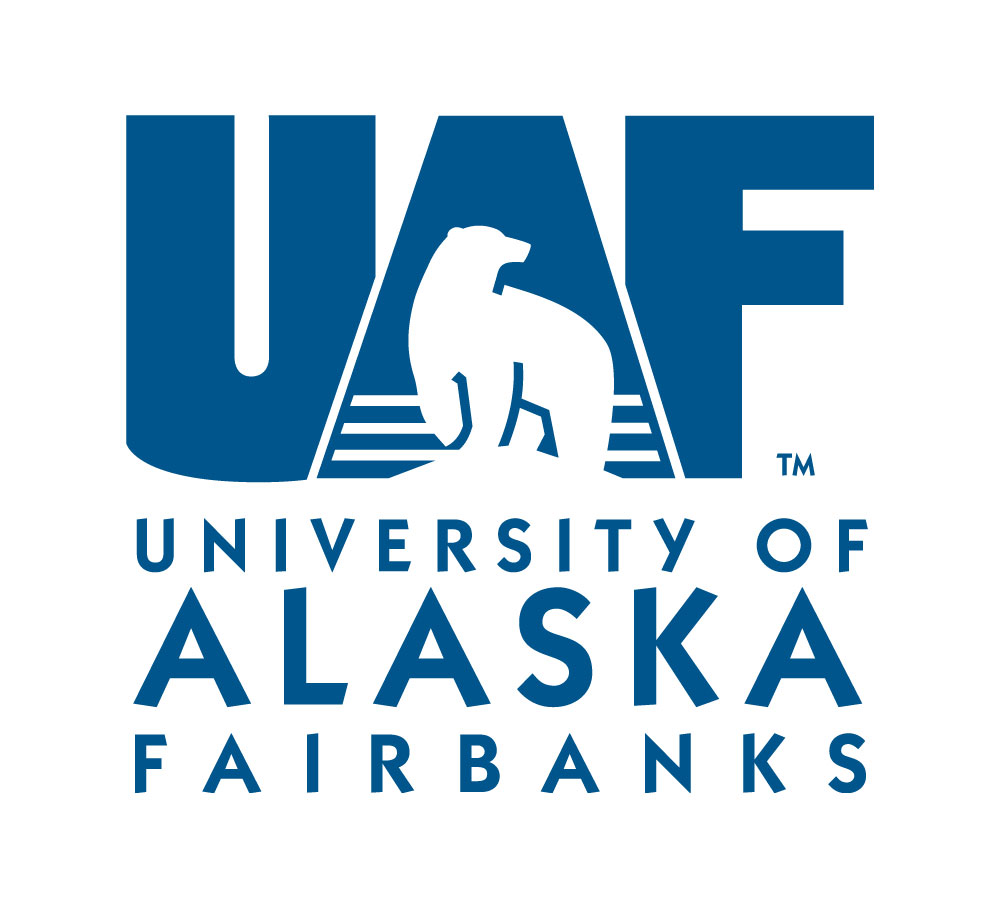 An alternate version of the UAF logo is created that emphasized the word "Alaska" rather than the word "Fairbanks." 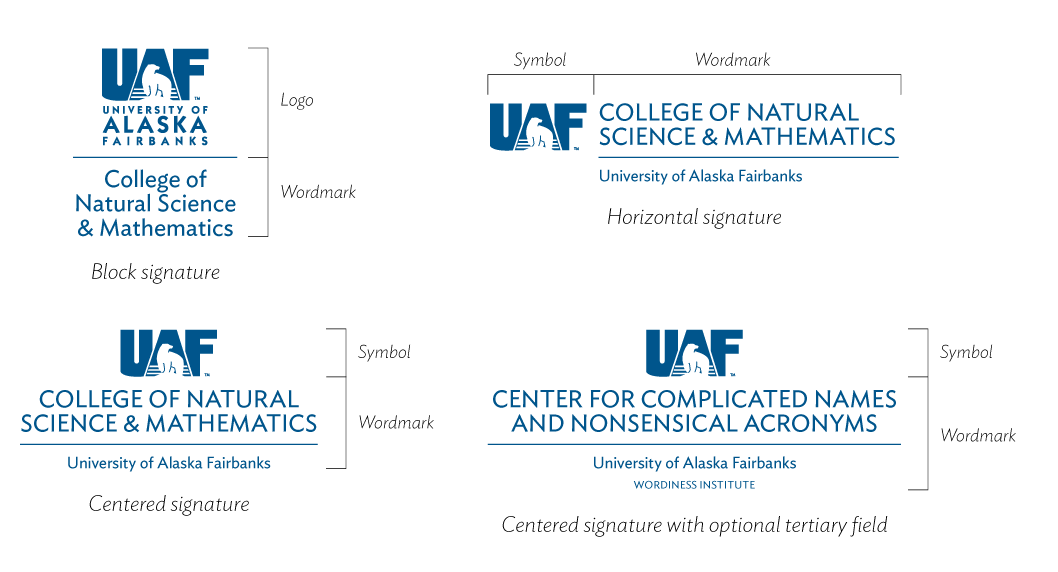 UAF adopted its current brand and signature system that effectively links our campuses, schools, academic and research units, and administrative offices with the UAF brand.