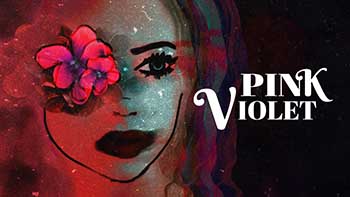 Is a short film about a theater-obsessed college student who goes to extreme lengths to get into the mind of her character. Her commitment scares her dad into believing that she is suicidal and pushes him to try to save her from herself. Written by Film and Performing Arts major Keziah Anderson, Pink Violet will be filming this fall through the Film Production I & II classes.

Last Fall the UAF Department of Theatre & Film shot "A Night for Conversation" written and directed by Kade Mendelowitz.

The Film and Production classes, with the support of the faculty, staff and shops (scene shop, costumes, FRAME) produced this intimate short.

When Julia learns of a life-altering event, she decides it is time to confront her abusive husband. 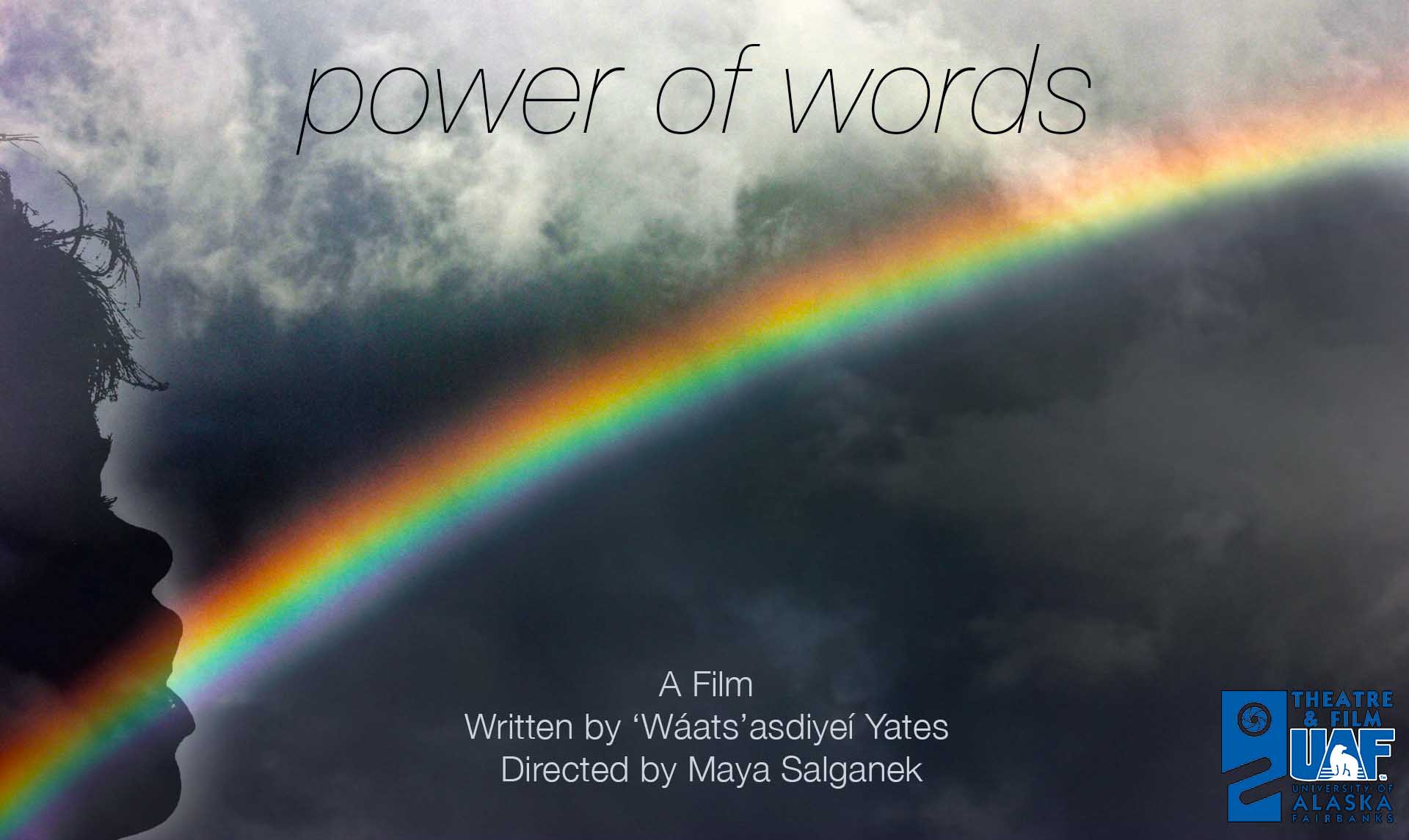 What if we could say the right words at the right time, and save a life? “Power of Words” explores the ideas of childhood, memory, faith, and love to allow for healing and redemption. When Christopher and David’s mother spirals towards suicide after a long weekend of partying, only the power of words can save her from herself.

UAF Film and Performing Arts major, 'Wáats'adiyeí Joseph Yates from Craig, Alaska wrote the screenplay, “Power of Words” based on his own life.

Written by Adrina Knutson and Directed by Maya Salganek.

“Bodies of Water” is an exploration into loss, grief, guilt, and the confrontation of fear. The story follows Leona, a young woman who fails to prevent the drowning death of her sister, Willow. After running away from home, Leona is haunted by her developing fear of water. She becomes involved with a vaudevillian performance troupe, through which she confronts her darkest fears.

UAF Film Alumnae, Adrina Knutson, wrote the screenplay, “Bodies of Water” her final semester at UAF. Adrina’s was tragically killed in a car accident in Tanzania while working on a film project in 2012. Faculty, students, alumni, and Adrina’s family are collaborating to produce this film project in her memory.

Read more about "Bodies of Water" in the College of Liberal Arts' Magazine CLARITY.

The Arctic Cinema and Science Film Festival will be hosted by the UAF Theatre and Film Department in conjunction with the Arctic Science Summit Week and the Anchorage International Film Festival.

Jack (Daniel Ponickly) is a widowed "end-of-the-roader" struggling with his continued depression as he falls for Ruby (Antoinette Kalaj), a passionate environmental engineering grad student who is embroiled in a poisonous waste controversy that threatens to shut down the biggest industry in her state.

Produced as a part of the Film Reel Alaska Mentoring Experience (FRAME) film training program with UAF students on set under Keys as mentors.

ALASKALAND tells the story of Chukwuma, an Alaskan-raised Nigerian struggling to balance the expectations of his traditional Nigerian parents and the larger world around him. After a tragic car crash, Chukwuma is separated from his younger sister, Chidinma, who moves to Nigeria with their Uncle until she becomes of legal age.

Two years later the siblings reconnect to find their estrangement has created new personal and cultural frictions in ways that bring them closer to each other and their roots, as well as help them define what it means to be a Nigerian in Alaska.

The Muse is a short film that follows the story of an artist as he learns to find creative inspiration through visits by a benevolent, supernatural entity. The Muse also brings forward a whimsical explanation for the seemingly random bouts of creativity that artists of all types are prone to experience, and the struggle to maintain that source of inspiration.

Suŋauraq/ Blue Bead is a journey of an Alaskan Iñupiaq student who carves her own life. Using Alaska Native carving traditions as a means towards self acceptance she discovers her own vision through mask making and begins to heal from loss. Written by and Starring film minor degree student, Naaqtuuq Dommek. Produced by FLM 271 - "Let's Make a Movie" Film Class, Spring 2013. Produced and Directed by Maya Salganek.

The Rural Alaska Honors Institute (RAHI) was founded at the request of the Alaska Federation of Natives in 1983. RAHI helps prepare rural and Alaska Native high school students for academic excellence and college success. RAHI is a Science Technology Engineering and Mathematics (STEM) program funded in part by the National Science Foundation and the National Institutes of Health.

RAHI thanks it's founders, financial supporters, faculty, staff and more than 1,500 alumni.

UAF film students worked on set with the Keys as mentors. Shot on-location in Fairbanks.

Available through Amazon on DVD.