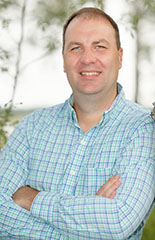 Dr. Brandon Boylan is Associate Professor of Political Science at the University of Alaska Fairbanks (UAF). His research fields include international security, political violence, terrorism, ethnic conflict, and separatist movements. His research has been published in International Studies Perspectives, International Public Management Journal, Conflict Management and Peace Science, Nations and Nationalism, and Studies in Conflict and Terrorism. He is currently working on a book tentatively titled A Structural Opportunity for Terrorism: Moderate Leadership Departures in Nationalist Movements. His collaborative projects have been funded by the National Science Foundation, U.S. Department of Commerce, and Norwegian Centre for International Cooperation in Education. At UAF, he is the Co-Director of Arctic & Northern Studies. He teaches a range of undergraduate and graduate courses in international relations, comparative politics, and research methods. He is faculty advisor for Model United Nations and Model Arctic Council. Recently, he has participated in international security workshops sponsored by American University, Johns Hopkins University, and Columbia University. He holds a Ph.D. in International Affairs from the University of Pittsburgh. Dr. Alexander Keller Hirsch is Associate Professor of Political Science, and Director of the Honors Program, at UAF.  He received his BA in Social Thought and Political Economy from the University of Massachusetts, Amherst; and his MA and PhD in Politics (with an emphasis in History of Consciousness), from the University of California, Santa Cruz.  Dr. Hirsch specializes in political philosophy, and his research interests focus on ethics, transitional justice, indigenous cultural politics, politics and art, and ancient thought and literature.  He is the author of numerous articles and published essays (see CV), and the editor of two books, Theorizing Post-Conflict Reconciliation: Agonism, Restitution, and Repair (Routledge, 2011, now translated into Indonesian) and, with co-editor David McIvor, The Democratic Arts of Mourning: Political Theory and Loss (Lexington, 2018).  At UAF, Dr. Hirsch is affiliated faculty in both Arctic and Northern Studies and Ancient, Medieval, and Early Modern Studies.  In the Political Science department his courses range across the history of political thought, both in the west and beyond.  They include Ethics & Society, Political Ideologies, Classical Political Philosophy, American Political Thought, and more. Dr. Amy Lauren Lovecraft is a Professor of Political Science and has served as University of Alaska faculty since 2001.   She received her B.A. in 1994 from Trinity University and began graduate studies in Vienna, Austria pursuing her undergraduate focus on international economics and European integration. Unable to resist North America for long she returned to earn her Ph.D. from the University of Texas at Austin concentrating on American political development, public policy, and political theory. Her dissertation analyzed transboundary water policy between the United States and Canada in the Great Lakes. At UAF her courses include the Law and Society suite – Politics and Judicial Process, Con Law I and Con Law II – and, among others, Public Policy, Political Economy, and Political Behavior. Working to foster interdisciplinary engagement among students and faculty she is active in the Arctic and Northern Studies and the Resilience and Adaptation programs at UAF. In her research, Dr. Lovecraft explores power dynamics in social-ecological systems. Her scholarship has been published as book chapters and in journals such asArctic, Marine Policy, The American Review of Canadian Studies, Polar Geography, Policy Studies Journal, and the Proceedings of the National Academy of Sciences. Recently she is co-editor of the transdisciplinary volume North by 2020: Perspectives on Alaska’s Changing Social-Ecological Systems (Autumn 2011) that developed from collaboration during the International Polar Year. She has been a Dickey Fellow in Arctic Studies at Dartmouth College and a Fulbright Research Scholar in Norway at the Center for International Climate and Environmental Research (CICERO). She has served two terms as a member of the U.S. National Academies Polar Research Board and is he Associate Director of the North by 2020 Forum.  Currently, as the Principle Investigator on a three-year National Science Foundation grant, she leads a team working with resident experts in the Northwest Arctic and North Slope Boroughs on scenarios development asking "what is required for healthy sustainable communities in Arctic Alaska by 2040?" Dr. Meek is an interdisciplinary social scientist specializing in environmental and marine policy. She has worked with and researched policy options for community-based resource management and collaborative management since the mid-1990s and now teach courses related to government and politics in Canada, the Arctic, comparative Indigenous rights and research design for graduate students and undergraduate students at UAF. She has active research projects related to marine mammals and environmental change, governance of social-ecological systems, adaptive governance of Arctic systems, and policy learning from disasters. She has published in the journals Global Environmental Change, Marine Policy, Annual Review of Environment and Resources, Polar Geography, Journal of Environmental Management, and the Alaska Journal of Anthropology and is a contributor to a new volume from Cambridge University Press, "Principles for Building Resilience." Dr. Jeremy Speight is an Assistant Professor in the Department of Political Science at UAF. He is also an affiliated faculty in the Women, Gender & Sexuality Studies and Arctic & Northern Studies (ACNS) programs. He received his Ph.D. from the Department of Political Science at Concordia University in Montreal, Quebec, Canada in 2016. His research agenda is comprised of two interrelated streams focusing on (a) political authority and the production of political order in civil war and (b) the durability or institutionalization of wartime rebel governance systems after the cessation of violent conflict. His geographic area of specialization is West Africa, particularly Côte d’Ivoire, where he has conducted extensive field research in 2010-2011 and 2017. Dr. Speight’s research has appeared in peer-reviewed publications such as African Affairs, Civil Wars, and the Canadian Journal of African Studies. Dr. Speight teaches in the Political Science sub-field of Comparative Politics. At UAF, he teaches a variety of undergraduate and graduate classes, including: Democracy & Global Society, Comparative Politics, Political Economy, Comparative Environmental Politics and the Global Political Economy of the Environment. In his spare time, he enjoys playing hockey, ice fishing or hanging out with his daughter Frances, all while listening to some Tiken Jah Fakoly. Dr. Gladden has a B.A. and a Ph.D. from Indiana University and an M.A. from the University of Houston. He came to the UAF faculty in 1985 and taught courses on environmental policy and politics, ethics and social issues, and the history of Western and American political ideas.  Dr. Gladden was a Fulbright Scholar in Nigeria, serving as a senior lecturer at the University of Jos. He taught courses in public policy and federalism, and worked on a rural development project. 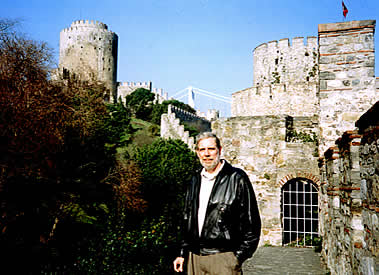 Dr. Gerald (Jerry) McBeath was educated at the University of Chicago (BA, social sciences, 1963; MA, international relations, 1964) and the University of California at Berkeley (Ph.D., political science, 1970). He joined the UAF faculty in 1976 after teaching at Rutgers College and the City University of New York. His publications include about 55 journal articles and 14 books, the most recent of which are Education Reform in the American States (McBeath, Reyes & Ehrlander, 2008), The Political Economy of Oil in Alaska (McBeath, Berman, Rosenberg & Ehrlander, 2008) and Environmental Change and Food Security in China (McBeath & McBeath, 2010). 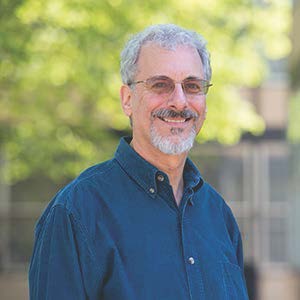 Dr. Jonathan Rosenberg is Professor of Political Science and Chair of the Department of Social Sciences at the Illinois Institute of Technology (IIT) in Chicago, USA. He holds a Ph.D. and Masters of Arts in Political Science from the University of California, Los Angeles (UCLA). Before joining the IIT faculty, he spent twenty years in the Department of Political Science at the University of Alaska Fairbanks, where he served multiple terms as department chair. He has held visiting professorships at St. George’s University in Grenada (West Indies) and the Universidad Abierta Interamericana in Buenos Aires. His research and teaching interests include the relationship between economic globalization and sustainable development and accountability in global environmental governance. He has co-authored two books with major academic published in the United States and the Netherlands, and has published several articles in peer-reviewed academic journals and chapters in edited volumes. He has been co-principal investigator on two grants from the US National Science Foundation, and has won several commendations and awards for his teaching at the undergraduate and graduate levels.