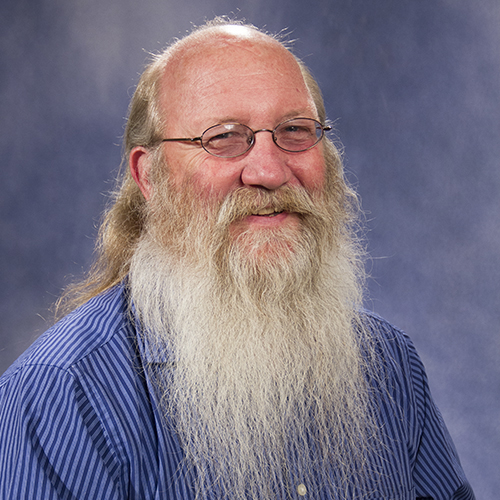 Milan Shipka is director of research in the School of Natural Resources and Extension and director of the university’s Agricultural and Forestry Experiment Station. A professor of animal science, he maintains teaching and research activity in animal science and sustainable agriculture as well as serving livestock producers throughout the state.

Shipka provides statewide leadership in the reproductive and nutritional management of ruminant livestock species and serves as a liaison between producers and veterinarians for health management issues. As the Cooperative Extension livestock specialist for many years, he answered questions and provided educational outreach to livestock producers. Shipka has established an active research program in reproductive biology of reindeer and musk ox and has gained international recognition for his research work and documented scientific discoveries in both species.

Shipka has been with UAF since 1999 and earned a doctorate in biology with an emphasis on animal physiology in 1996 from Utah State University. He became the research director for SNRE and AFES director in 2015. 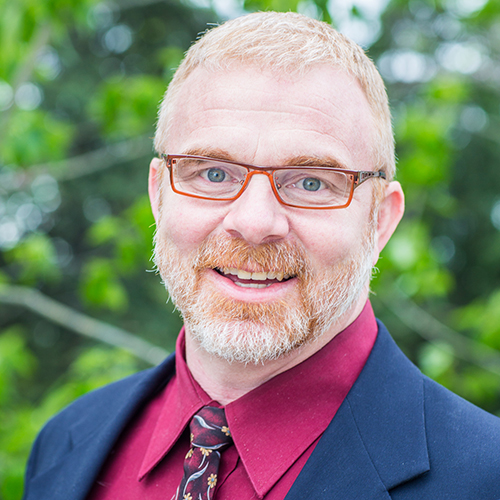 College of Engineering and Mines 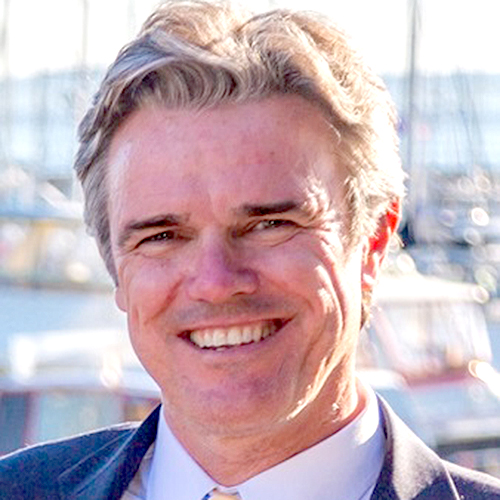 College of Fisheries and Ocean Science

Dr. Moran previously served as acting director of President Obama’s National Ocean Council and assistant director for ocean sciences in the White House Office of Science and Technology Policy (2013-14) and as program director in the Chemical Oceanography Program at the National Science Foundation (2012-15). Before leaving for Washington in early 2012, he was professor of oceanography, co-director and co-principal investigator of the Rhode Island NSF Experimental Program to Stimulate Competitive Research, and served as assistant vice president for research administration at URI. He earned a doctorate in oceanography from Dalhousie University in Nova Scotia, Canada, in 1990, and conducted his post-doctoral research at the Woods Hole Oceanographic Institution in Massachusetts. 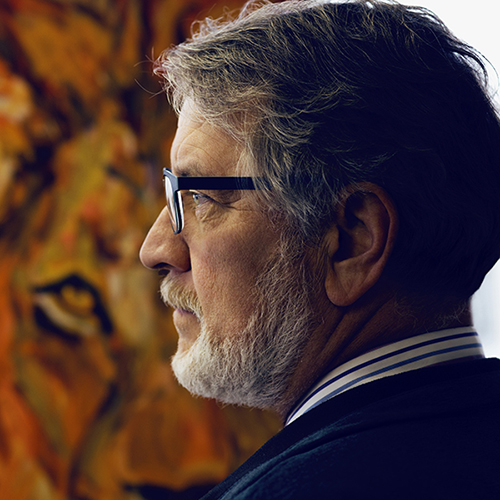 Mr. Sherman was born in Alaska while it was still a territory and he received his BA in Art from UAF and an MFA from Pratt Institute in Brooklyn. His artwork has been included in over a hundred group exhibitions and in 38 solo exhibits. He began teaching for UAF in 1986 as an adjunct, held a term assistant professor position teaching art and design courses for AY 1990-1991 and joined the College of Liberal Arts faculty in 1992. He served as Department Chair of the Art Department from 2000-2002 and from 2004-2010, was named Dean of CLA in 2012. He holds faculty rank as a tenured Professor of Art. His artwork is held in private and public collections in Alaska, the U.S. and Spain. 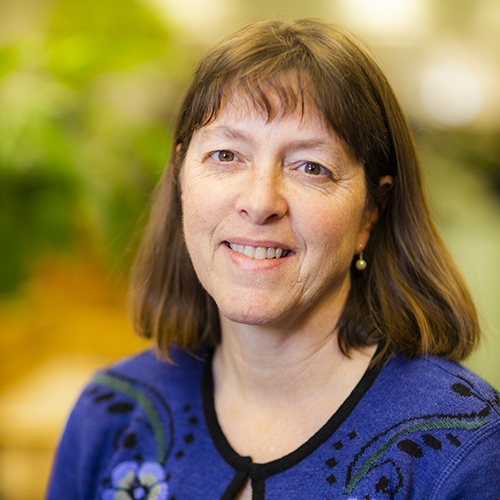 Ms. Jensen completed her BA in French at Grinnell College, Iowa, in 1986, and her Master of Library and Information Science (MLIS) at the University of Washington, Seattle, in 1996. She joined UAF as Library Assistant at the BioSciences Library, followed by a position as Circulation/Interlibrary Loan/Media Manager, from 1998-2006. After joining the Library Science faculty in 2006, she was subsequently tenured and promoted to the rank of Professor and became the Library Collection Development Officer, overseeing all aspects of management for all formats of library materials. She has served as President of the Alaska Library Association, Library Science Department Chair, and Co-chair of the Alaska Library Association statewide conference. Her current research interests include collections management, intellectual freedom, and library contributions to student success. 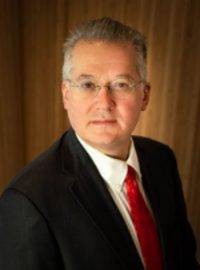 Kinchel C. Doerner received a Ph.D. from the University of Illinois at Urbana-Champaign. He spent four years as a postdoctoral research scientist at the Medical College of Virginia-Virginia Commonwealth University and 16 years at Western Kentucky University, where he achieved the rank of full professor of biology. While at WKU he also served as interim dean of Graduate Studies and Research.

Doerner has served on the Great Plains Interactive Distance Education Alliance Cabinet and on the board of directors for the Council of Graduate Schools. 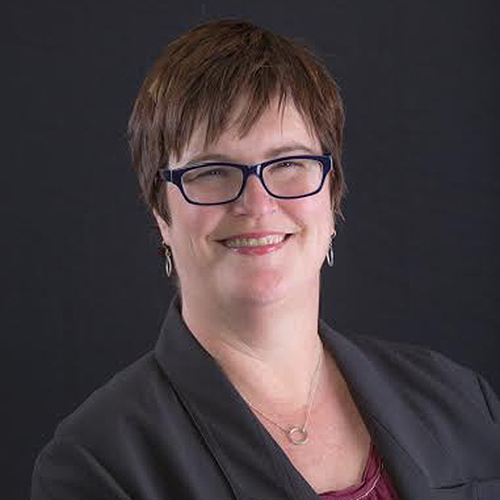 Dr. Fitts completed her B.A. in Political Science at Furman University (Greeneville, SC), her M.A. in Spanish at Bowling Green State University (Bowling Green, OH), and her Ph.D. in Romance Studies with certificates in Latin American Studies and Women’s Studies at Duke University (Durham, NC). She joined the UAF faculty in the Department of Foreign Languages and Literatures in 1995 and was subsequently tenured and promoted to Professor. She served as Chair of the Department of Foreign Languages for six years, and as Coordinator of the Women’s and Gender Studies Program for three years. Dr. Fitts’ research focuses on contemporary Spanish and Latin American literature, concentrating on women writers and the links between gender, language, and power. She has published a number of articles on writers from Spain, Argentina, Uruguay, Mexico, Chile, Puerto Rico, and the United States. She lived and studied in Spain and in Argentina, and has twice been a faculty member at UAF’s Study Abroad site in Oviedo, Spain. As dean for the Division of General Studies (undeclared baccalaureate students and premajors) she supervises the Academic Advising Center, Testing Services, the federally funded Student Support Services and Upward Bound (TRIO) Programs, Undergraduate Research and Scholarly Activity (URSA) and the Honors College. 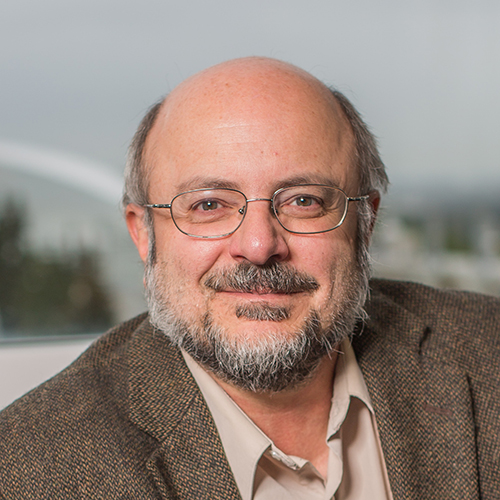 Dr. Michael Castellini earned his PhD from Scripps Institution of Oceanography in 1981 and has been a faculty member at the University of Alaska Fairbanks since 1989. He was the founding Science Director for the Alaska SeaLife Center in Seward, the Director of the Institute of Marine Science, Associate Dean and then Dean for the School of Fisheries and Ocean Sciences. Dr. Castellini is now the Interim Dean for the UAF Graduate School, Vice President for Academics with the University of the Arctic (UArctic), and co-PI / Research Director for the NIH BLaST program at UAF. His research focuses on how marine mammals have adapted to life in the sea and he has participated in many public outreach programs discussing climate change, the Arctic and Antarctic, including how animals at those locations are critically dependent on sea ice. Dr. Castellini has chaired or co-chaired 16 PhD or MS students, been a committee member on dozens more and taught core classes in marine physiology to graduate students for 20 years. He has published more than 100 scientific journals articles or book chapters and has participated in over 20 scientific field expeditions on land, sea and ice. Dr. Castellini is involved in local, state and national panels and committees dealing with policy issues related to the Arctic, marine mammals, ecosystem management and agency oversights. 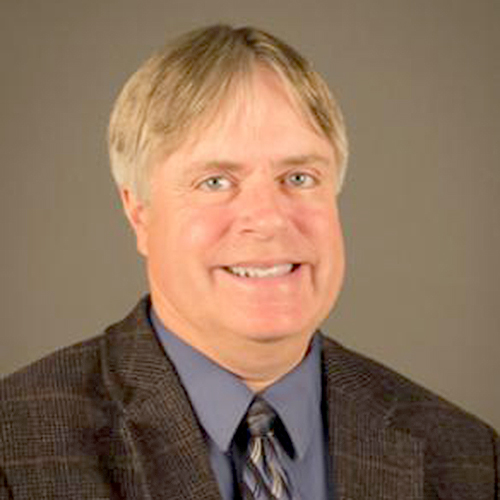 Dr. Herrmann has been with the university since 1990 and has been the Dean of the School of Management (SOM) since July 2007. As dean, Dr. Herrmann supervises academic programs offering baccalaureate degrees in accounting, business administration, economics and emergency management, as well as graduate degrees in business administration, resource and applied economics and security and disaster management. Under Dr. Herrmann's leadership the school has continued to meet the rigorous standards set forth by the professional education community and maintains its premier business school accreditation from the Association to Advance Collegiate Schools of Business. The UAF School of Management is the oldest accredited business school in Alaska. Prior to becoming Dean, Dr. Herrmann was a fisheries economist and completed more than 30 externally funded projects for federal and state agencies including the National Marine Fisheries Service, Alaska Department of Fish and Game, NOAA and Alaska Sea Grant. Dr. Herrmann also served on the Scientific and Statistical Committee and the Crab Plan Team of the North Pacific Fisheries Management Council. He earned his undergraduate and master's degrees in Agricultural Economics from the University of California Davis in 1982 and 1985, respectively, and a Ph.D. in Agricultural Economics from Washington State University in 1990.

The following Academic Services report directly to the Provost 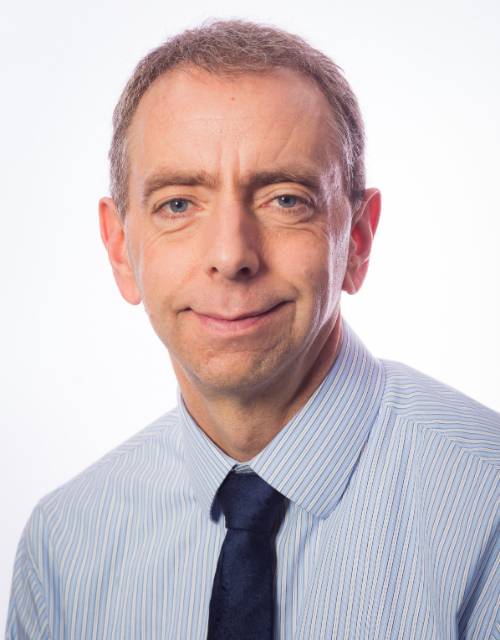 Owen’s career at UAF began in 1984 at the Tanana Valley Community College Downtown Center as a computer lab tutor. Since then, he has enjoyed working with faculty in a variety of capacities including supporting research and researchers, and supporting teaching and learning in higher education for many years. Among his diverse roles, Owen had the pleasure of serving Michigan's Olivet College as Director of IT for four years during an inspiring time of teaching and learning transformation. Owen holds a B.S. from Colorado State University in Wildlife Biology as well as an M.A. in Military History from Norwich University. In addition to his current leadership role at eCampus, Owen enjoys teaching online graduate courses for the UAF School of Education Masters of Online Innovation and Design Program (Online Pedagogy and Instructional Design). 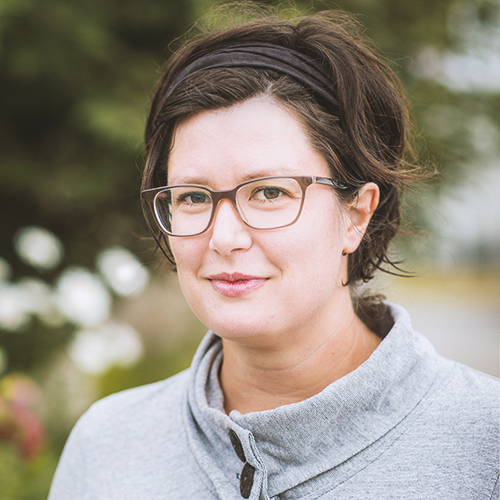 Sarah Stanley came to UAF in the fall of 2010 as an Assistant Professor. She is currently working on a project with others to develop a Higher Education learning network inside and out of jails, prisons, and halfway houses.

She believes in transformational community based learning and works in faculty development to build relationships that she believes will translate into an opportunity for more diverse students to teach and learn from and with. 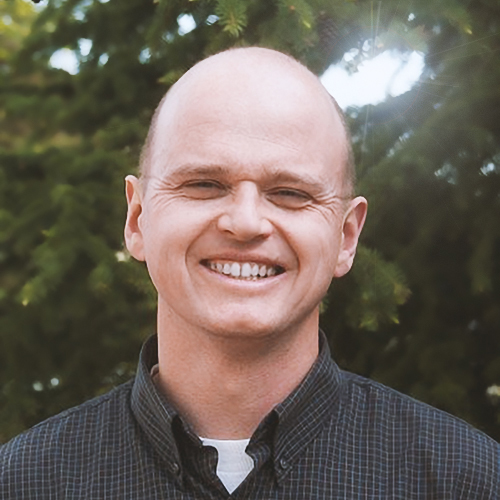 Richard Collins came to UAF in January 1994 as an assistant research professor at the GI. Since then, he’s taught in electrical and computer engineering and atmospheric sciences. He has maintained an ongoing research program at Poker Flat Research Range focused on the Arctic atmosphere and geospace based on laser-radar (lidar) observations.

Richard’s primary interests in faculty development include how to support faculty in conducting research and scholarly activity and integration of research and instruction. 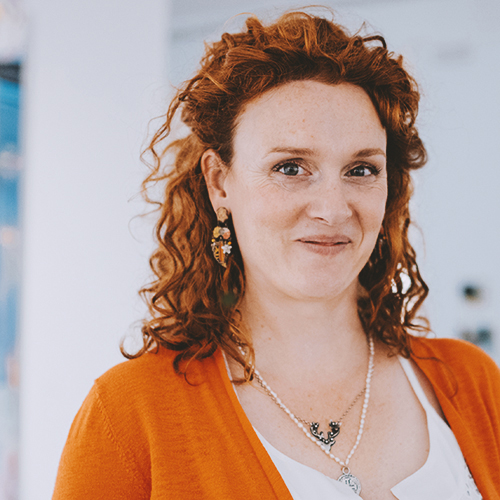 Madara Mason has been teaching at UAF since 1999, teaching in multiple departments over the years. She currently teaches for the Art and Education Departments and is the Faculty Development Coordinator for UAF eLearning.

Madara’s primary interests in faculty development include creative approaches to age old teaching problems, innovative programs that foster a no-fear approach to the classroom, and pedagocially sound inclusion of technology in the teaching practice. 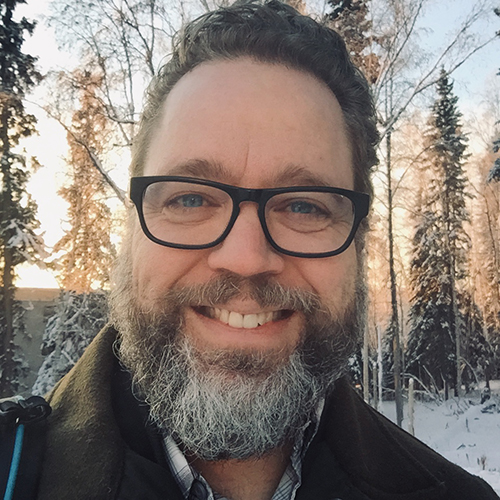 Adam Watson has been in Institutional Research at UAF and in the UA system for nine years, and has been involved with UAF as a student, employee and instructor for 15 years. Adam graduated from high school in Singapore, earned his B.A. in Asian Studies from the University of Pennsylvania and his M.S. in statistics from UAF. Before entering graduate school at UAF, Adam spent a decade in journalism, working as a newspaper editor and page designer. Adam is responsible for data and analysis in support of institutional planning and decision-making. His primary interests lie in improving IR efficiency through automation and self-service, improving collaboration between IR and the people and entities its data describes, and in bringing advanced analytic techniques to bear on institutional challenges such as improving student success and forecasting future financial and enrollment activity. 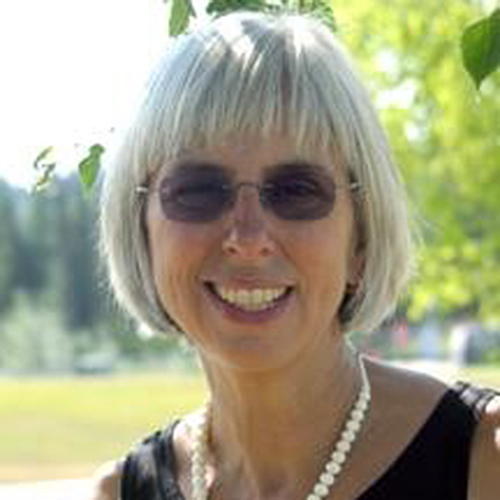 Michelle Bartlett holds an undergraduate degree in Occupational Therapy from Washington University in St. Louis and a MA from St. Louis University. She began her career at UAF in 1974 as coordinator of a child welfare-training grant within what was then known as the sociology/psychology department. Over the years, she has held a number of other administrative positions within UAF and the University of Alaska statewide system including director of the statewide Elderhostel program and dean of continuing education with what was then known as the Tanana Valley Community College. After working in the private sector for thirteen years, Bartlett returned to the university in 2003 as Director of Summer Sessions & Lifelong Learning.

Nate Bauer has lived and worked in Fairbanks, Alaska since 2010, and finds people here warmer and more forthright than most other places he's lived (which also include Omaha NE, Boston MA, and Washington DC). Before the University of Alaska Press (2017) and the International Arctic Research Center, he worked at Pearson's Evaluation Systems, designing teacher certification tests. Before that, he worked at healthcare technology consultant Precipio Technologies. Before that, he wrote response letters to passionate constituents in a US Congressional office. Before that, he worked at a hamburger restaurant named for professional wrestling announcer and WWE Hall of Famer "Mean" Gene Okerlund. 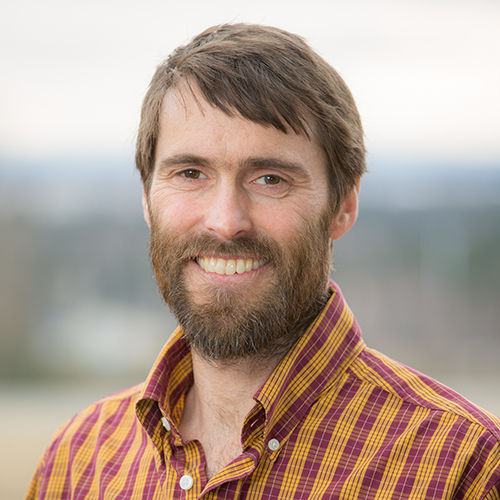 The following Administrative Services report directly to the Provost