Ecology and genetic diversity of burbot in western Siberia and Alaska: reconstructing post-Beringian history and differentiation

Burbot is a circumpolar fish species which serves as an ideal model organism for research on post-glacial colonization. Compared to the European and North American territory, which are relatively well-studied with respect to paleogeographic patterns and faunal relationships in the Late Quaternary, the central part of Northern Eurasia has received much less consideration. Many contemporary faunal species, such as burbot, show missing data within central Eurasia covering approximately one third of the continent. This area supports a number of large river drainages which support populations of burbot. Quaternary paleogeography of the West-Siberian plain still remains a controversial subject. It is hypothesized that during the Last Glacial Maximum, ice sheets blocked several systems from flowing into the Arctic Ocean. This occurrence led to the formation of glaciel-dammed lakes in Western Siberia. Data based on the existing topography of that area indicate that those lakes might have been connected with the Caspian and Aral Seas via the Turgai Valley. It is possible that new data on burbot population differentiation within the Ural Mountains and Western Siberia will shed the light on putative glacial refugia in this area during the Last Glacial Maximum. Likewise, data on burbot population genetic variability in Alaska is scarce. Sample analyses from southern Alaska indicate the presence of strictly Alaskan and two Beringian mitochondrial control region haplotypes. However, data from central, northern, and eastern Alaska are missing. Western Siberia and Alaska are located at the same latitude, but each with a different geological history. Thus, they may serve as two independent model territories to study processes, related to the decline of Quaternary ecosystems and formation of contemporary biomes. The purpose of this project is to identify the population status of burbot in the Ural Mountain and Western Siberia regions of Russia and compare those fish with known central Alaska populations to reconstruct the post-Beringian history and differentiation of this species. This research will address the following study objectives: ), (1) Provide information on ecological comparisons of burbot population structure in river basins in Western Siberia and the Tanana-Chena River, Yukon River, and Copper River basins in central Alaska; ), (2) Assess burbot genetic diversity and population differentiation via mitochondrial control region DNA analysis of burbot inhabiting the Ural Mountain region, Western Siberia, and Alaska; ), (3) Conduct phylogeographic analysis of burbot in the Ural Mountain region, Western Siberia, and Alaska using mitochondrial cytochrome b and nuclear MHC genes data. 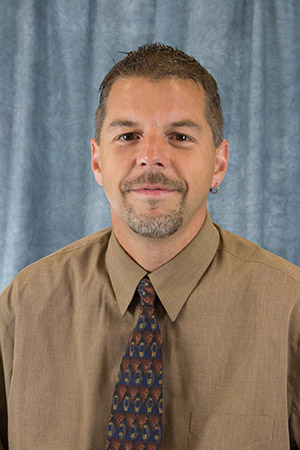