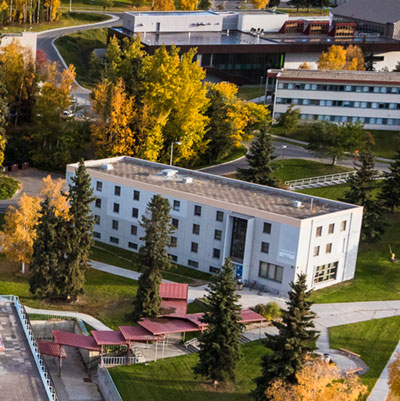 John E. McIntosh Hall opened in 1956 as an all-male residence for 100 students. It was the last remaining all-male residence hall on campus until 1998, when it went coed by floor. It is one of three halls of the same design on Denali Lane. The other two, also located behind Lola Tilly Commons, are Nerland and Stevens halls. McIntosh can comfortably accommodate 100 students in both single and double rooms. The hall was renovated most recently in 2012.

John E. McIntosh was a member of the board of trustees of the Alaska Agricultural College and School of Mines from 1918 until 1934.