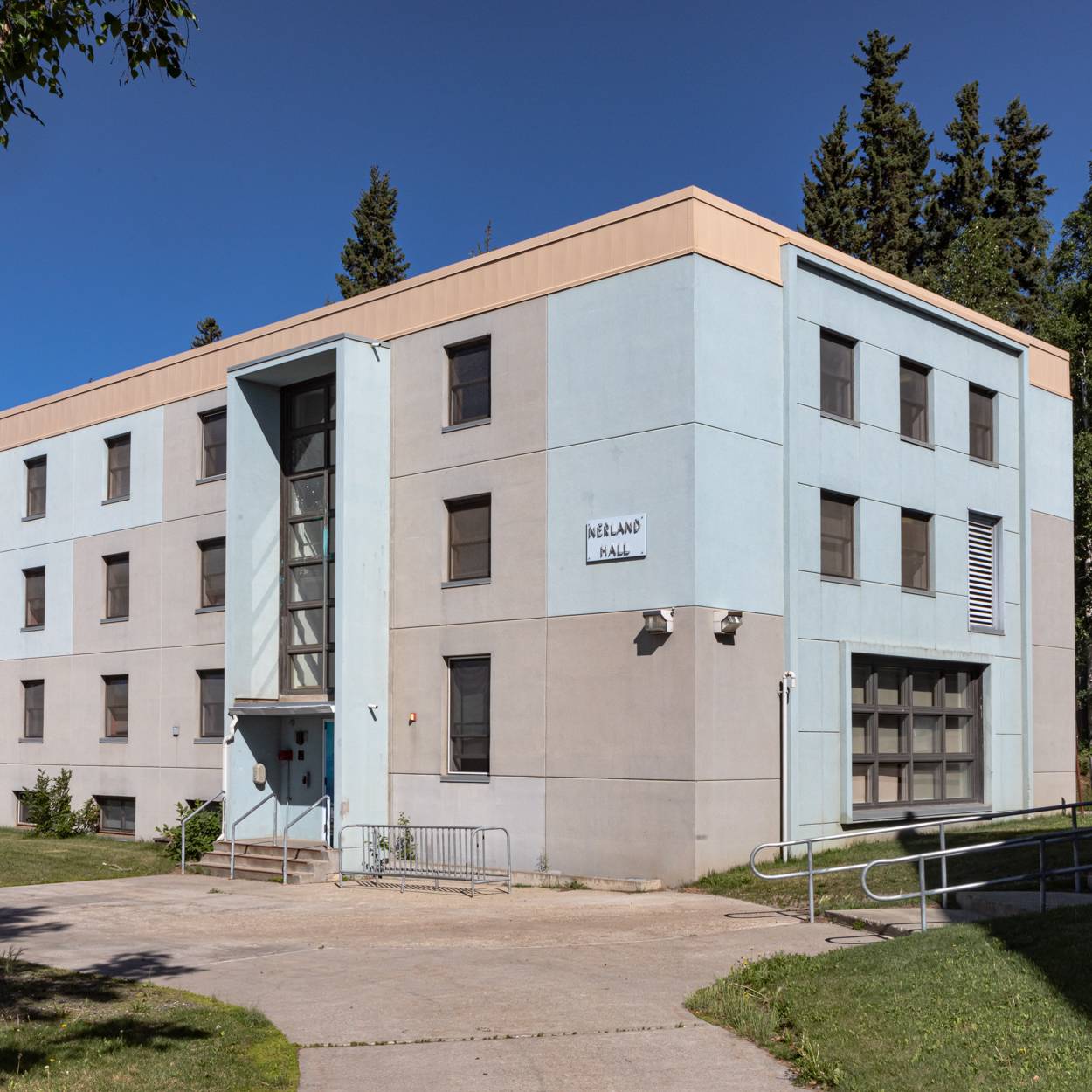 The four-story Andrew Nerland Hall opened in 1953 as an all-male residence for 100 students. It later became coed by floor. Residential use of the hall was discontinued in fall 2019.

Andrew Nerland served on the board of trustees of the Alaska Agricultural College and School of Mines from 1929-1935 and on the University of Alaska Board of Regents from 1935-1956. Nerland assisted Judge Wickersham in laying the cornerstone for the college in 1915 and, as a Fairbanks representative in the Alaska Territorial Legislature, introduced legislation to create the college in 1917. He received an honorary doctor of laws degree from the University of Alaska in 1952.