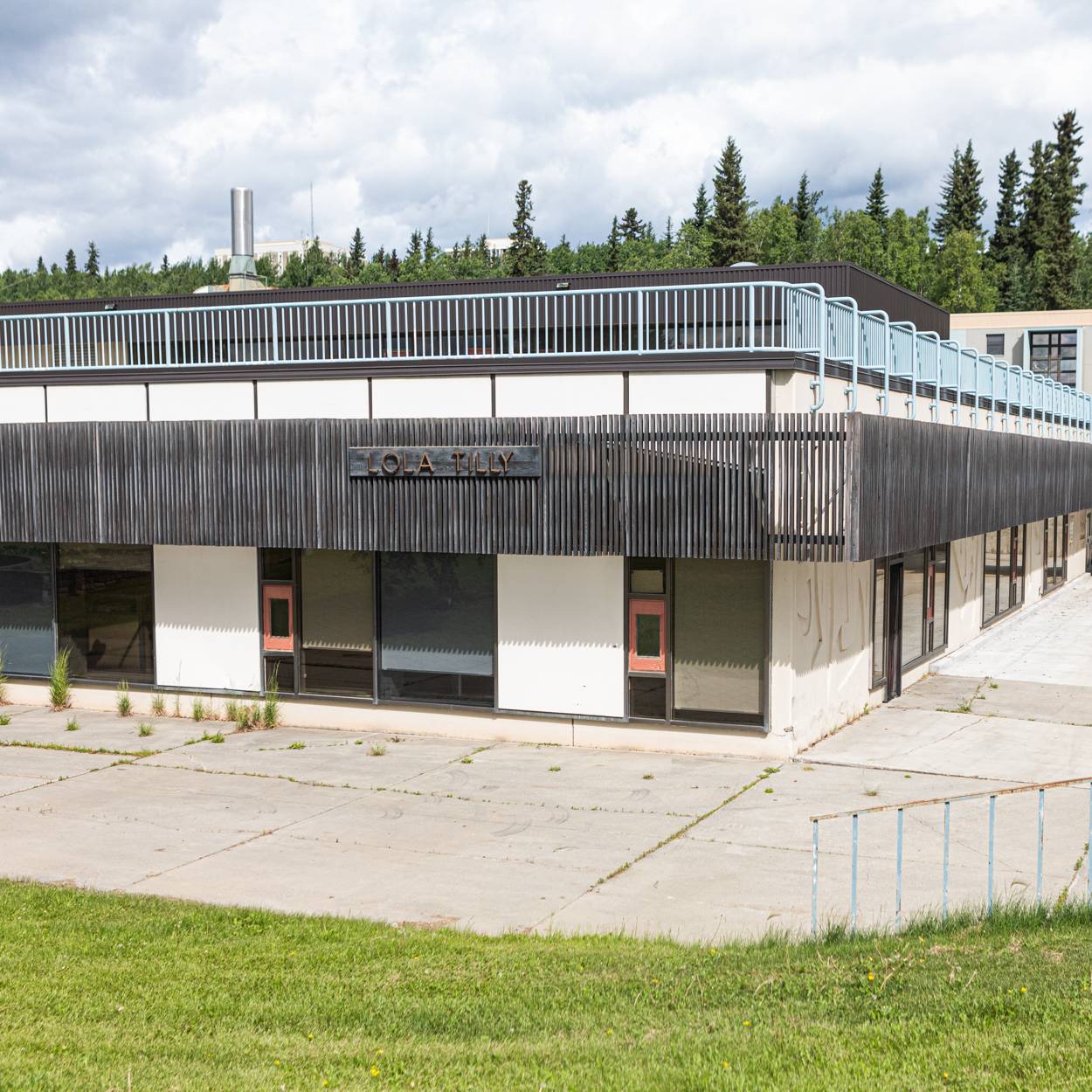 In 1963, the university built a common dining area on Tanana Loop, just below Stevens, Nerland and McIntosh halls. The building was dedicated to Lola Tilly in May 1985.

In August 2014, the university opened a new campus dining facility in Wood Center and closed kitchens at the Lola Tilly Commons.

As of May 2021, the Facilities Services' Division of Design and Construction occupies the main floor and the kitchen is used by the OneTree Alaska lab. In February 2020, the Center for Student Engagement opened The Commons on the second floor. The Commons is a nondenominational gathering space for the UAF faith community, with a focus on student needs.

Lola Tilly served as a home economics faculty member from 1929-1937 and from 1942-1963.  A 1937 collection of Tilly’s canned salmon recipes is one of the earliest publications of the University of Alaska. As a professor emeritus, she remained active at UAF and attended commencement ceremonies almost every year until her death in 1996 at the age of 98.

She established the Gray S. Tilly Memorial Award after her husband's death. The award recognizes an outstanding senior whose education was interrupted because of family responsibilities, including financial hardship.