ACNS in the News 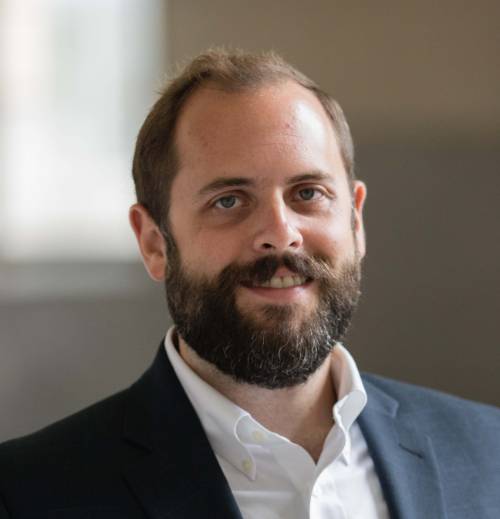 Professor Tyler Kirk gave a digital lecture at the Kennan Institute, Wilson Center, in Washington, D.C., on the legacy of Gulags and the local politics of memory during a revolutionary moment in Soviet and post-Soviet history.

You can find his lecture here: https://www.wilsoncenter.org/event/remembering-gulag-history-coming-terms-past-russias-far-north-1987-2020

Professor Kirk became interested in the legacy of Stalinist repression in the Russian Far North when he first traveled to Syktyvkar, the capital of the Komi Republic, as an undergraduate exchange student. During this time he met human rights activists, survivors of Stalin's camps, and their children and visited places hidden in the taiga where they had once been imprisoned. Confronted by the scope of this history and the ways in which it continued to reverberate in the present, he became fascinated by issues of memory, commemoration, and coming to terms with traumatic pasts and the ways in which they informed the meaning of the landscape in the Russian Far North. 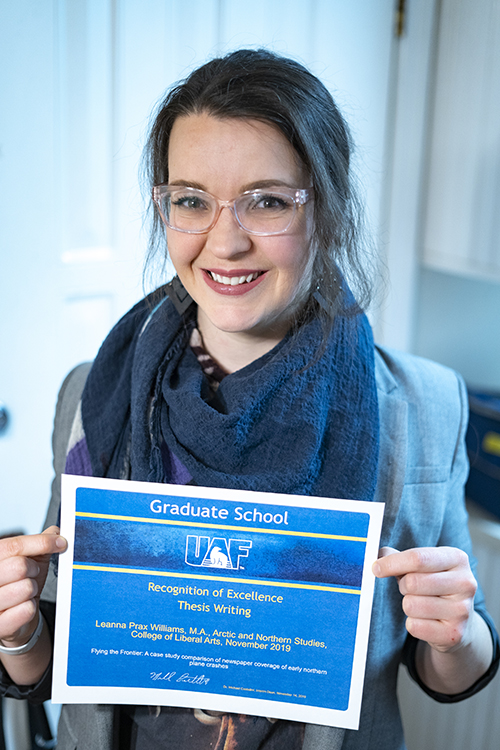 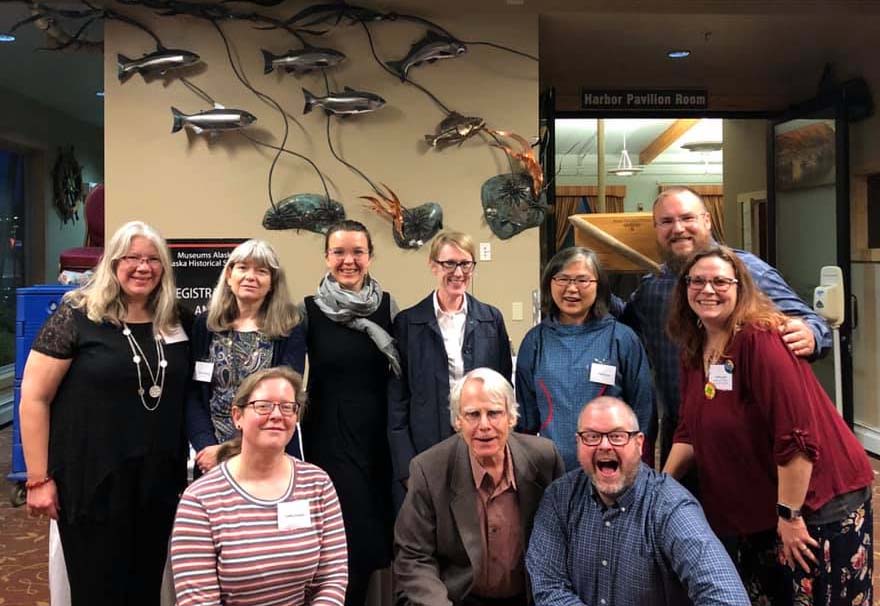 Mary Ehrlander, retired co-director of the Arctic and Northern Studies Program and a professor of history, is the recipient of the 2018 Alaskana Award for her book “Walter Harper: Alaska Native Son.”

A formal award presentation took place at the annual conference of the Alaska Library Association on March 10 in Anchorage.

The Alaskana Award was established in the early 1994 to honor outstanding adult fiction and nonfiction works about Alaska that make a significant contribution to the understanding of Alaska and that exhibit originality, depth of research and knowledge of the state.

The Model Arctic Council 2016 at the University of Alaska Fairbanks

The Arctic & Northern Studies Program and the Political Science Department at UAF hosted the Model Arctic Council (MAC) 2016 at UAF in March 2016. We organized the program as a Thematic Network within the University of the Arctic (UArctic). Sixty-five students representing fourteen birth countries and thirty-two universities participated in the week-long program.

The objectives of the MAC are to: 1) develop students’ knowledge of the Arctic as a region, of  circumpolar politics, and of northern Indigenous peoples; 2) increase students’ understanding of Arctic Council objectives and processes; 3) prepare students to assume leadership roles in the circumpolar north; and 4) enhance student and faculty collaboration among UArctic institutions.

Participants addressed two topics in each of two working groups they simulated:

At the Closing Ceremony of the MAC 2016, student participants presented to an audience of Arctic Council Senior Arctic Officials and other delegates, UArctic leaders, and University of Alaska Fairbanks administrators the Fairbanks Declaration, a statement of their conclusions and recommendations.

Participants give the program high marks for the value of the experiential learning exercise and the quality of the intercultural exchange. Watch for the MAC 2018 at the University of Lapland! 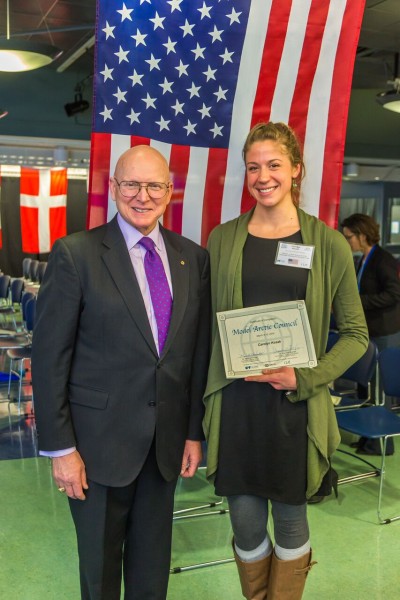 Carolyn Kozak, a master’s student in Arctic and Northern Studies, has been named the University of Alaska Fairbanks’ student ambassador to the University of the Arctic. UArctic is a network of more than 170 universities and other organizations concerned with education and research in the North.

Kozak will represent student perspectives in UArctic activities and events, including the UArctic Rector’s Forum and UArctic Student Forum. She also will represent UAF and UArctic at regional events organized by UArctic external partners, including meetings of the Arctic Council, the Arctic Circle Assembly, the Northern Research Forum, the International Arctic Social Sciences Association and more. Other duties and opportunities will include communicating UArctic news through social media, promoting UArctic opportunities among students, and serving as a liaison between the UArctic student community and UAF.

Kozak was born and raised in the Chicago area. She earned a bachelor’s degree in art history at William and Mary College. She moved to Anchorage in 2009, and for six years she worked at the Anchorage Museum at Rasmuson Center as a curator.

In January 2016, Kozak relocated to Fairbanks to enter the Arctic and Northern Studies program. Kozak is concentrating in northern history, and she holds a research assistantship with Professor John Heaton and the Western History Association. She recently participated in the Model Arctic Council 2016 at UAF and won a prize for outstanding performance.

Kozak is an avid skier and has enjoyed Fairbanks’ great trail conditions.