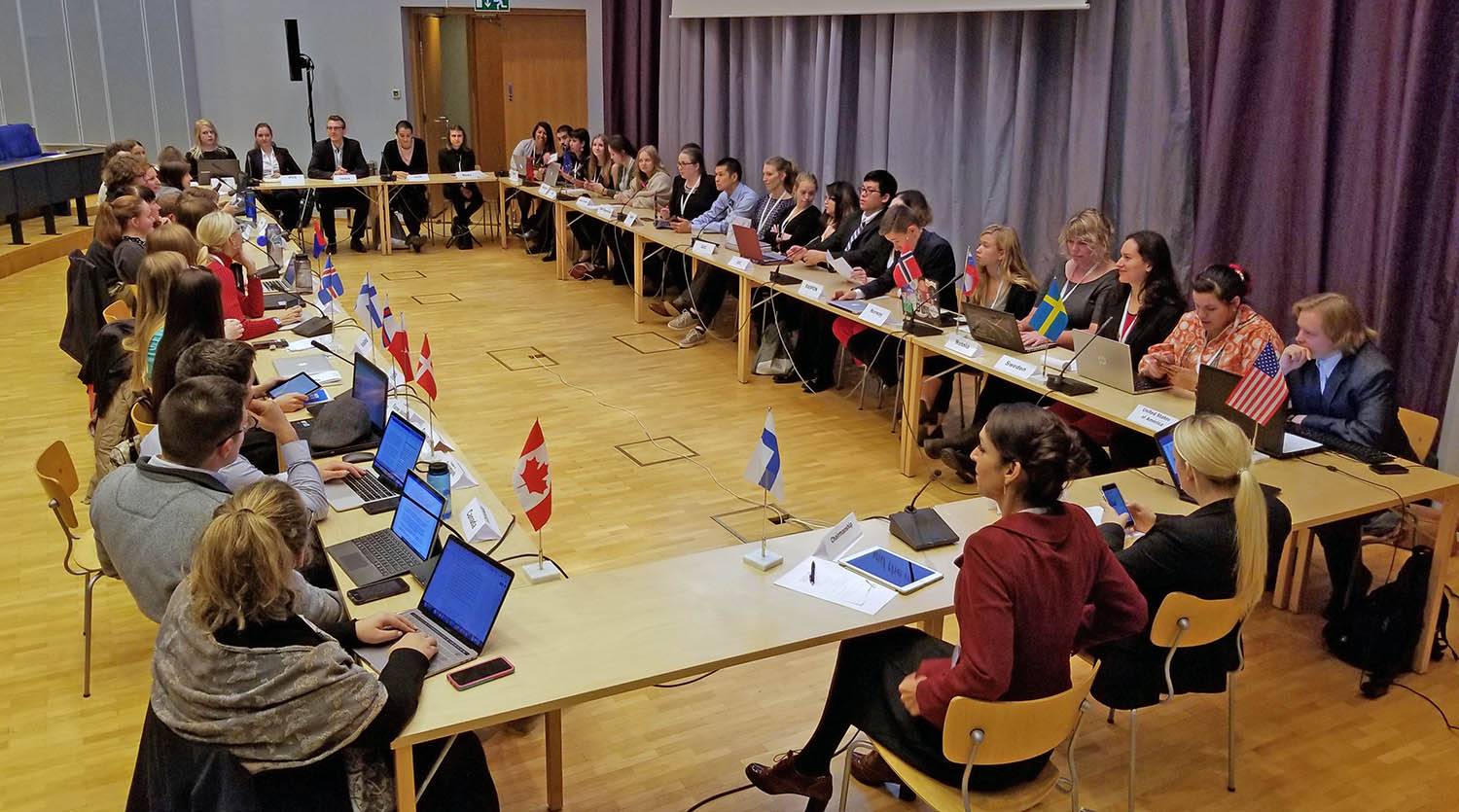 The Model Arctic Council (MAC) is an academic program in which students from universities throughout the circumpolar North and beyond actively participate in a collaborative, experiential learning exercise to expand their knowledge of salient challenges and concerns in the Arctic. The program is a Thematic Network of the University of the Arctic (UArctic) and is organized through collaboration among faculty at UArctic institutions. The vision is that a UArctic member institution in the country chairing the Arctic Council will host the MAC to connect with official Arctic Council meetings and other activities.

The objectives of the Model Arctic Council are to: 1) develop students’ knowledge of the Arctic as a region, of circumpolar politics, and of Northern Indigenous peoples; 2) increase students’ understanding of Arctic Council objectives and processes; 3) prepare students to assume leadership roles in the circumpolar North; and 4) enhance student and faculty collaboration among UArctic institutions. The program stresses authenticity in replicating as closely as possible Arctic Council procedures and norms. In pursuit of this goal, delegates to the Arctic Council and U.S. State Department personnel provide guidance and in some cases participate in programs.

Each MAC places students in the roles of Member State, Permanent Participant, or Observer delegates to an Arctic Council Working Group, or in Senior Arctic Official or Minister roles. Each program simulates the work of at least one Working Group on at least one project or theme, as well as simulating the meetings of Senior Arctic Officials (SAOs) and Minister. Each program culminates in the production of a declaration named for the city in which the program takes place, just as the Arctic Council produces a Declaration at the Ministerial Meeting that concludes each two- year Chairmanship of the Arctic Council. The Declaration expresses the Member States’ positions on issues on which they have come to consensus over the previous two years (in the case of the MAC, over the previous days) and their recommendations.

Participants prepare for the simulation by reading assigned literature, conducting background research on their assigned topics, and writing a policy or position paper that they submit to the organizers prior to the program.

Graduate and undergraduate university students from any discipline with strong interests in Arctic studies and commitment to the future well-being of the Arctic region and its residents are encouraged to apply to participate in the Model Arctic Council. Applications from students from Indigenous communities located in the circumpolar North are especially encouraged to apply.

To learn more about the Model Arctic Council, please read:
"A Multimethod and Interdisciplinary Approach to Educating Postsecondary Students on Arctic Challenges and Governance"
"The Model Arctic Council: Educating Postsecondary Students on Arctic Issues and Governance through Simulation"