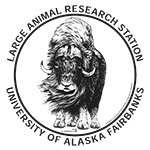 An Ice Age relic, muskoxen (Ovibos moschatus) have been wandering the Earth for over 600,000 years. They roamed the tundra with sabertooth tigers, woolly mammoths, and other long extinct megafauna. Muskoxen are even- toed ungulates (artiodactyla) and members of the Bovidae family. Although they may visually resemble some kind of ox or bison, they belong to the caprinae sub-family, making them more closely related to sheep and goats then cows or bison. 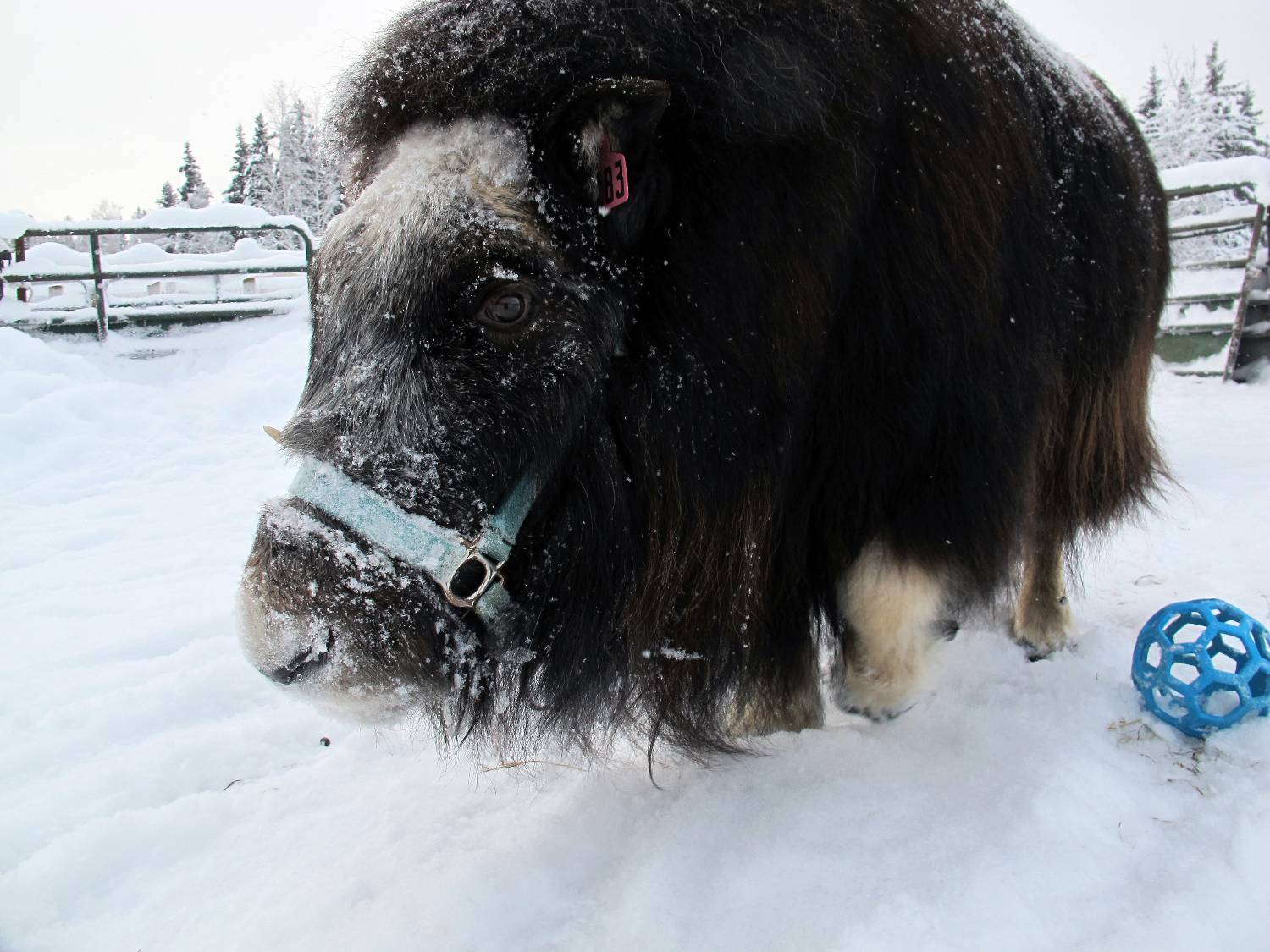 Muskoxen are large barrel shaped creatures that are highly adapted to living in the Arctic environment. Their coat consists of two types of hair; guard hair and qiviut. The quard hair is the long, coarse outer hair that helps protect the qiviut.  They are brown to black in color except for their saddle and legs which are white. Some muskoxen also have white facial markings. The qiviut is a very soft underwool that insulates by trapping air near their body.  Qiviut is shed annually and can be harvested and spun into a fine yarn. 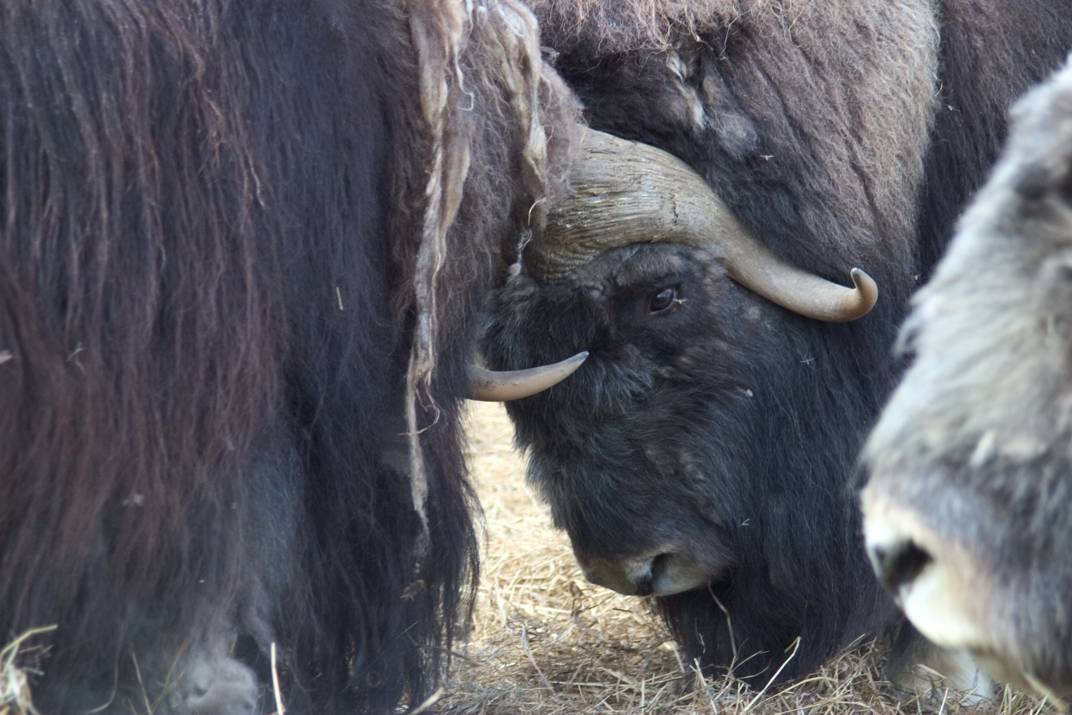 Males and females both grow horns consisting of a boney core surrounded by a keratin sheath. The horns start growing when the calves are young. Males continue to grow their horns until they are 4 to 5 years old. Females until they are 3 to 4.

Muskoxen are harem breeders, with males fighting for dominance inorder to breed multiple females. Their rut, or breeding, season starts mid- August and runs to mid-September, and calves are born in April/ May.  Newborn calves weigh between 9 to 11 kg.

The gestation is about 8 months, and they typically will have one offspring. Twinning is very rare but does occur. LARS had a set a muskox twins more 7 years ago, and they are the oldest known surviving set of twins to date.

As a true ruminant, muskoxen have a four chambered stomach that allows them to process grasses and roughage. They are considered generalized grazers eating  both grasses and browse. Their diet is changes based on the season. During the summer, they consume mostly leafy plants, grasses, and sedges, and in the winter they eat more browse, lichen, moss, and even roots of plants.

Wild muskox herds consist of males and females of all ages.  A heirachy is established within the herd using both verbal and non-verbal communication. Males will fight amongst each other by charging full speed towards each other and hitting horn boss to horn boss.  These fights can last though multiple collisions before one male surrenders and runs away. Other non-verbal communication can involve stomping, snorting, head swinging, or even as sublte as a head turn.

Calves will verbally communicate by bleating at their mother. There voice get deeper as they mature. As adults they can verbalize in a roar or purring sound. This is usually only heard during calving and mating season.

Pleistocene
Crossed the Bering Land Bridge into North America around 200,000 years ago, muskoxen thrived in the southern tundra regions during the ice age.
Late Pleistocene Extinction Event
Muskoxen disappeared from Europe and Asia, and moved further North in North American.
Mid 1800's
Muskox populations start to show drastic declines, and they are expatriated from Alaska
1930
34 young muskoxen are captured in Greenland and transported to Alaska to be reintroduced
1932
Muskoxen are introduced in Norway. (Later hunted to extinction during World War 2.
1964
John Teal started the muskox domestication project on what is today known as UAF's Large Animal Research Station.
1974
The muskox domestication project moves from Fairbanks to Unalakleet. Today the project still exists in Palmer, Ak.
1979
LARS was founded with a grant from the National Science Foundation's Office of Polar Program.
ⓒ UA