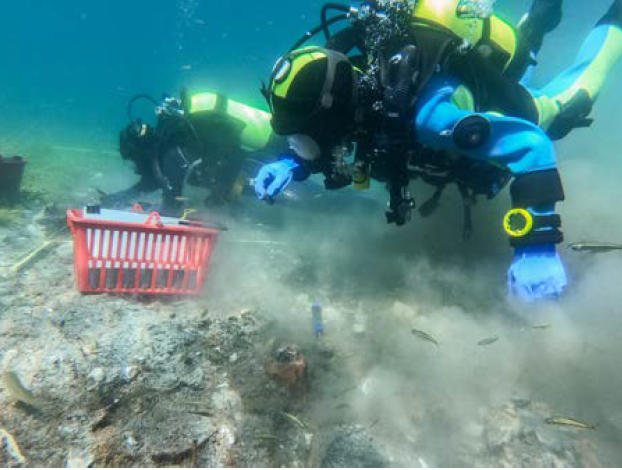 Early Farmers of the European Alpine: the Archaeology of Lake Shore Settlements and Relations to Climatic Changes of the Holocene

Prehistoric settlements in lakes and bogs from the period 5000-1000 BCE have been one of the most important archaeological sources on the early history of European agrarian societies since their discovery in the mid-19th century. The special preservation conditions under water provide aerobic conditions permitting the preservation of organic material such as wood, textiles and others that are usually missing in other contexts. Large quantities of wood samples allow year-precise dendrochronological dating that has been systematically applied for several decades. The fine-scale chronology provided by dendrochronology allows decipherment of the architectural structure of settlements as well as their building history.

The presentation will provide an overview of underwater archaeological research in lakes of the alpine region of Switzerland. A short survey of a high alpine site in the Bernese Alps will be presented to further explore the impact of climatic influences. The presentation concludes with a reflection on an ongoing research project in lakes of the southern Balkans.

Dr. Morgan Blanchard Senior Project Archaeologist Northern Land Use Research Alaska LLC - - -In February 1942, the American government began to intern American citizens of Japanese descent living in military zones established in California, Oregon, Washington, and Alaska. However, more than a year before the start of World War II, the FBI began creating lists of foreign nationals to be arrested in the event of war with Japan. The resulting arrests began in Alaska the day of the Pearl Harbor attack. This presentation examines how a chance discovery during a cultural resources survey led to an archaeological study of the Fort Richardson Internment Camp and the ongoing effort to learn and tell the unique history of World War II internment in Alaska.
Read More 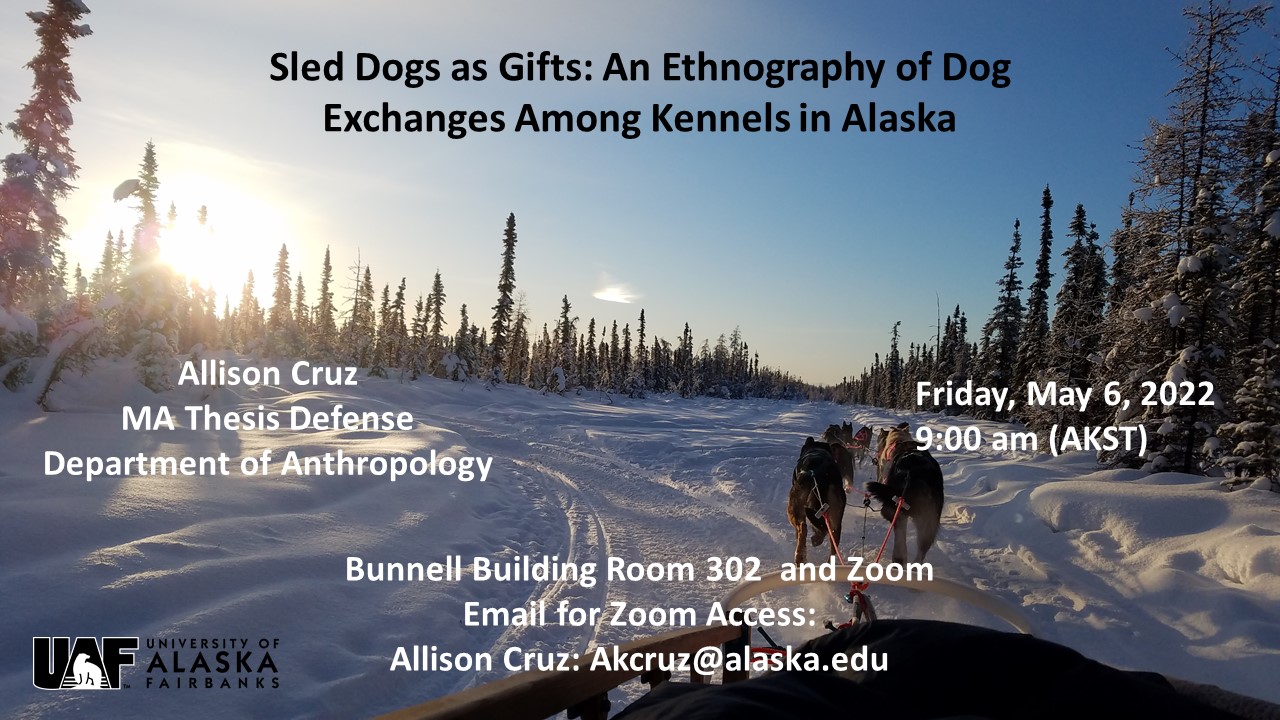 Sled dogs as gifts: An ethnography of dog exchanges among kennels in Alaska

Allison Cruz Anthropology MA Thesis Defense Friday, May 6, 9am-11am AKST Room 302 Bunnell Building and via Zoom Sled dogs as gifts: An ethnography of dog exchanges among kennels in Alaska Abstract: This thesis investigates the social relationships that develop through the circulation of sled dogs among Alaskan kennels. Drawing on multisited ethnographic fieldwork in and around Fairbanks, AK, as well as on anthropological literature on kinship, personhood, and gift-giving economies, it examines how sled dogs are acquired and exchanged in Alaska. It also offers a novel perspective on the value of “bloodlines” and the “special relationships” that unite breeders, mushers and sled dogs. A main argument is that Alaskan sled dogs are exchanged as relational gifts (rather than commodities). Research results reveal that the value of sled dogs as gifts reflects the bond that exists in human-canine relationships. This relation stems from the specific forms of interaction that are at work in the interspecies team. It is also characterized by a profoundly spiritual dimension that reveals itself out on “the trail,” a liminal space cutting across the Alaskan “wilderness.” The overall findings of this work determine that sled dogs, as relational gifts, are central figures within the mushing community and play a key role in creating multifaceted connections within and among kennels in Alaska.