For the time being, we will no longer be doing walk-in purchases or order pick-ups. We will still be fulfilling online purchases and will continue to mail orders. If you need to contact us please do so at: uaf-anlc@alaska.edu. Currently, ANLC is closed for spring break and will resume hours on Monday the 23rd. ANLC hours are: Monday, Wednesday, and Friday 9:30-1:30 pm. We thank you for your cooperation during these times, and are sorry for any inconvience. Stay safe everyone!

ANLC supports the study and use of Alaska Native languages

The Alaska Native Language Center was established by state legislation in 1972 as a center for research and documentation of the twenty Native languages of Alaska. It is internationally known and recognized as the major center in the United States for the study of Eskimo and Northern Athabascan languages. The mission of the Alaska Native Language Center and Program is to cultivate and promote Alaska’s twenty Native languages. 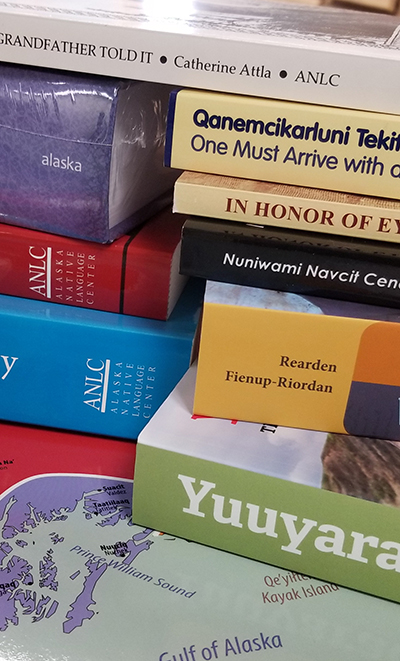 ANLC publishes its research in story collections, dictionaries, grammars, and research papers. In early 2019, ANLC was able to open an online store to make publications available for purchase worldwide. The center houses an archival collection of more than 10,000 items, virtually everything written in or about Alaska Native languages, including copies of most of the earliest linguistic documentation, along with significant collections about related languages outside Alaska.

Faculty & Staff members provide materials for bilingual teachers and other language workers throughout the state, assist social scientists and others who work with Native languages, and provide consulting and training services to teachers, school districts, and state agencies involved in bilingual education. 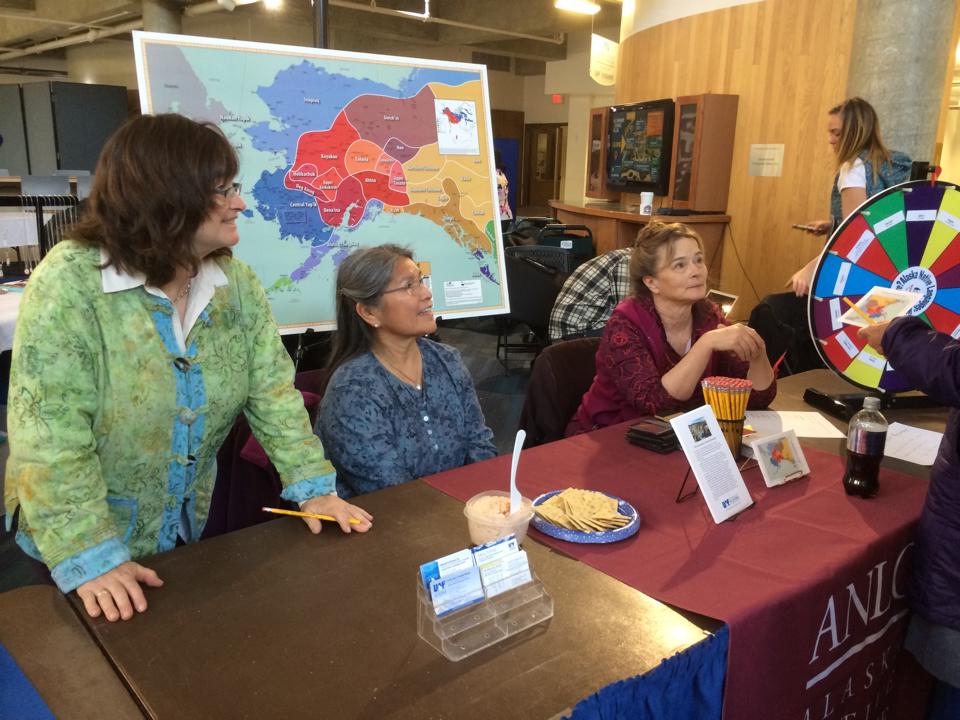 The ANLC faculty & staff also participates in teaching through the Alaska Native Language Program, which offers major and minor degrees in Central Yup'ik and Inupiaq at the University of Alaska Fairbanks. An AAS degree or a Certificate in Native Language Education is also available.

The center strives to raise public awareness of the gravity of language loss worldwide but particularly in the North. Of the state's twenty Native languages, only one (Central Yup'ik in southwestern Alaska) is spoken by children as the first language of the home.

Like every language in the world, each of those twenty is of inestimable human value and is worthy of preservation. ANLC, therefore, continues to document, cultivate, and promote those languages as much as possible and thus contribute to their future and to the heritage of all Alaskans.