If these walls could talk: the Bunnell House 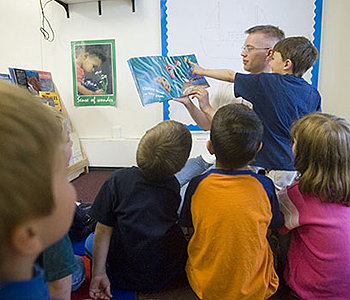 From the stomps of a hard-working college president to the pitter patter of kindergarten students, the Bunnell House has been home to a variety of lively inhabitants since it was built in 1922.

On an early Friday morning in June, a small group of four- to six-year olds were engaged in a frantic game of tag on the Bunnell House's playground, unfazed by a trace of smoke lingering in the air from a nearby forest fire. The fact that it was only 8 a.m. seemed to have little effect on their rambunctiousness, and while the adults supervising them got their motors running courtesy of Starbucks, the children were carrying on as if their blood had been replaced with caffeine.

The Bunnell House has been home to a variety of lively inhabitants since it was built in 1922.

Five-year-old Travis Brase took a break from the action and climbed to the top of a piece of playground equipment where he scanned the valley to the east of campus. "I can see for miles and miles!" he excitedly claimed.

Travis isn't the first one to use a feature of the Bunnell House as a strategic viewing point. For the house's namesake, builder and first inhabitant President Charles Bunnell, the six-room frame cottage played an important role as he kept an eye on the campus that he helped create. Author of The College Hill Chronicles Neil Davis writes:

Most of President Bunnell's waking hours were spent in his office or working elsewhere around the campus. Late at night he retired to his small frame residence, which stood like a guard house near the entrance to the campus and allowed him to observe all who entered there and at what hour.

Built by Bunnell in 1922, the same year that UAF opened its doors as the Alaska Agricultural College and School of Mines, the house is the oldest structure on campus still in use. Bunnell, the college's first president, occupied the home up until his death in 1956. This was despite the fact that he resigned from his position in 1949, and a new president, Terris Moore, had arrived on campus.

As president emeritus, Bunnell made it clear to the board of regents that he planned to continue living in the house, going so far as to state that if he were forced to leave, the university would not inherit the substantial property he owned around the campus. Bunnell won, and as a result, Moore and his family were temporarily housed in the infirmary on the first floor of the women's dormitory before moving into a new home later that year.

After Bunnell's death, the house was used from 1956 to the 1970s for faculty housing. Tina Christopher, academic program coordinator for the UAF Tanana Valley Campus, fondly recalls living in the home with her family in 1973-74.

The house was popular for social gatherings among the campus faculty.

"We loved it," she said. "It was an amazing house to live in with two kids."

Convenient, too. At the time the bottom floor of the house was home to a daycare center, while Christopher and her family occupied the main floor and the attic. Her youngest child at the time went to the center so getting her there was simply a matter of walking down the stairs.

Christopher said the house was popular for social gatherings among the campus faculty.

"Being centrally located like that, you ran the risk of being a watering hole for faculty," she said, adding that faculty would often stop by for a visit on their way home after work. "It was a great house to entertain in.

"It was a very nice time to be living on campus," she said. "There was a real sense of community among faculty, and everyone helped each other."

Today the building is occupied by the Bunnell House Early Childhood Lab School. The school is attended by children of UAF faculty, staff, and students and provides observational opportunities for university students in programs such as early childhood education. Staff offices are located in the attic, the main floor is set up for children 2-4 years old and the lower level is for ages 4-6.

Lab School Director Paige Vonder Haar says that while the split layout of the house is occasionally a bit awkward for meeting their needs, it has its upside as well.

"We have a lovely, historical building that provides that cozy, nurturing feeling that we want for our small children."

"We have a lovely, historical building that provides that cozy, nurturing feeling that we want for our small children," she said. "We also have access to a wonderful campus, which is perfect for a nature walk, a visit to see a raven sculpture or to go caroling at the chancellor's office at Christmas."

Neither Vonder Haar nor Christopher was willing to confirm the campus rumor that the ghost of Bunnell frequents the house.

"I was always comfortable there so if the ghost was there he was a good, kind, gentle one who protected us," said Christopher. "One night my then 4-year-old put her little boots on and went outside sleepwalking. We knew she had been outside as her boots were turned in the wrong direction in the morning and she spoke about being outside and how cold it was. I'd like to think he sent her back home!"

Maybe Charles Bunnell is still stomping the halls of the Bunnell House, looking out for inhabitants of the university campus, just as he did for so many years in real life. 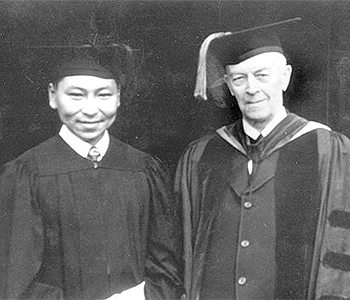 Aurthur Nagozruk Jr., the first Alaska Eskimo to graduate from the University of Alaska, and President Charles E. Bunnell leave the gymnasium at the close of the 1949 commencement exercises. 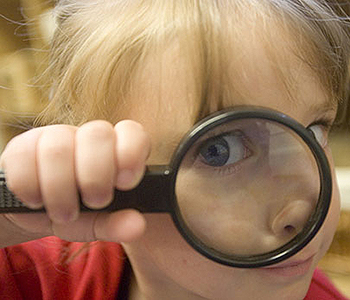 Learn more about the history of the Bunnell House 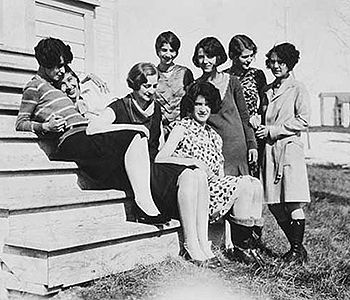 "The girls from town," on May 1, 1929, resting on the steps in front of Bunnell's house. The main building is visible in the background. Seated from left to right: Helen Durand, Genevieve Baker, Helen Franklin and Helen McDonald. Standing: Norma Clausen, Alaska Stewart, Janet Preston and Maxine Raats. 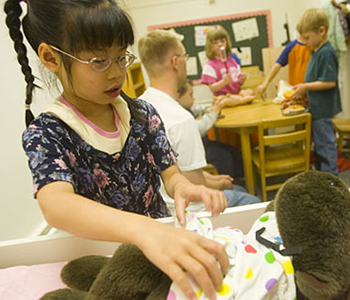 Hannah Powell tends to the needs of a moose friend at the Bunnell House Early Childhood Lab School.