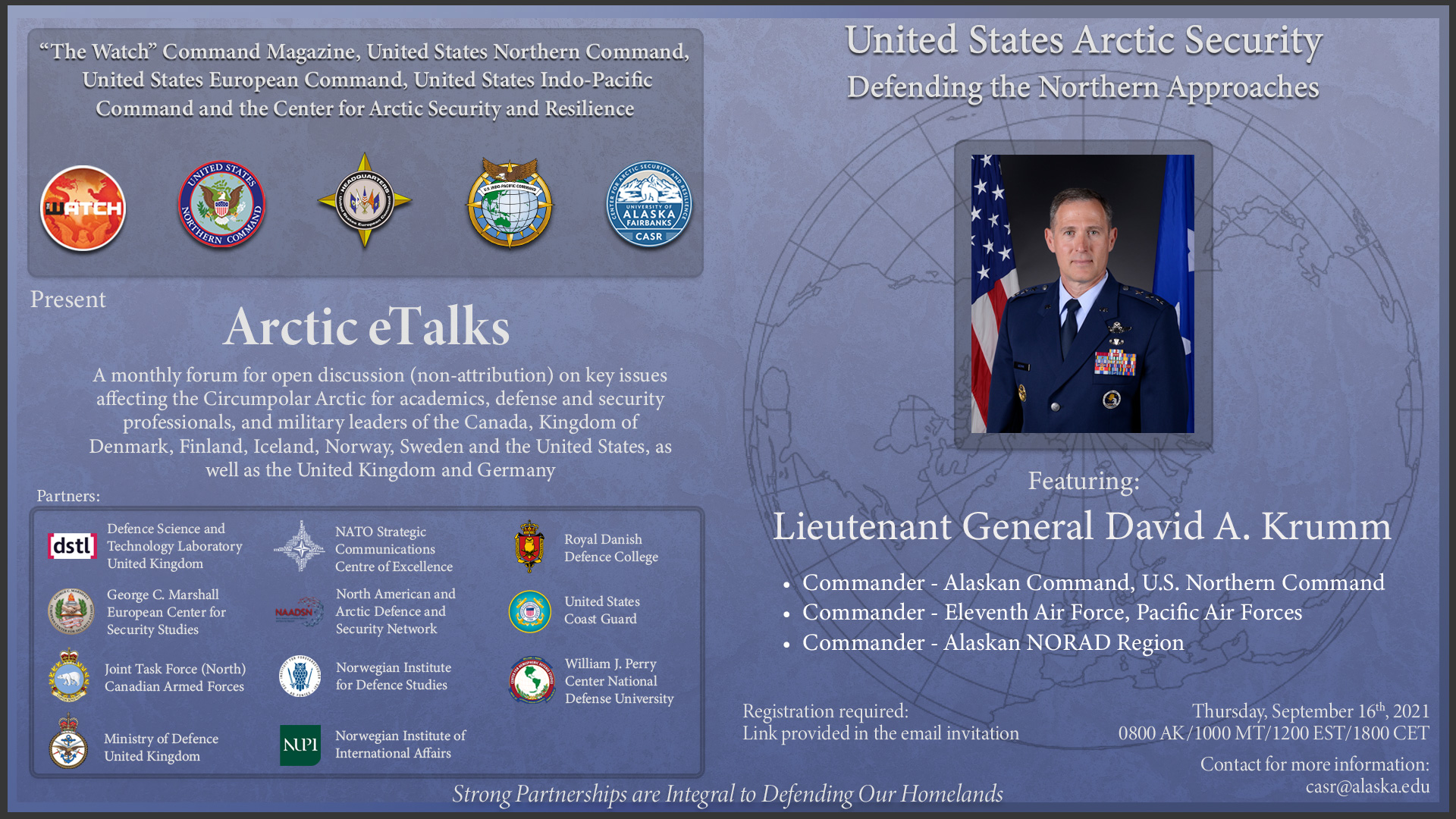 Lt. Gen. David A. Krumm is the Commander, Alaskan Command, United States Northern Command; Commander, Eleventh Air Force, Pacific Air Forces; and Commander, North American Aerospace Defense Command Region, North American Aerospace Defense Command, Joint Base Elmendorf-Richardson, Alaska. He is the senior military officer in Alaska, responsible for the integration of all military activities in the Alaskan joint operations area, synchronizing the activities of more than 21,000 active-duty and reserve forces from all services. As Commander of the Alaskan Region of the North American Aerospace Defense Command, Lt. Gen. Krumm directs operations to ensure effective surveillance, monitoring and defense of the region’s airspace. He is also responsible for the planning and execution of all homeland defense operations within the area of responsibility, including security and civil support actions. Lt. Gen. Krumm also commands Eleventh Air Force, overseeing the training and readiness of five wings and Air Force installations located in Alaska, Hawaii, and Guam.

Lt. Gen. Krumm entered the Air Force as a distinguished graduate of the Air Force ROTC program at Auburn University. He has served in a variety of flying, staff and command assignments and has commanded at the flight, squadron and wing level. Prior to his current position, Lt. Gen. Krumm was the Director of Global Power Programs, Office of the Assistant Secretary of the Air Force for Acquisition, Technology, and Logistics, the Pentagon, Arlington, Virgina. He was responsible for the direction, planning and programming of more than 150 Air Force, joint service and international programs which include the F-15, F-16, F- 22, F-35, Minuteman III, B-1, B-2, Joint Air-to-Surface Standoff Missile, Advanced Medium-Range Air-to-Air Missile, B61 and Ground Based Strategic Deterrent programs with a $22 billion annual budget. 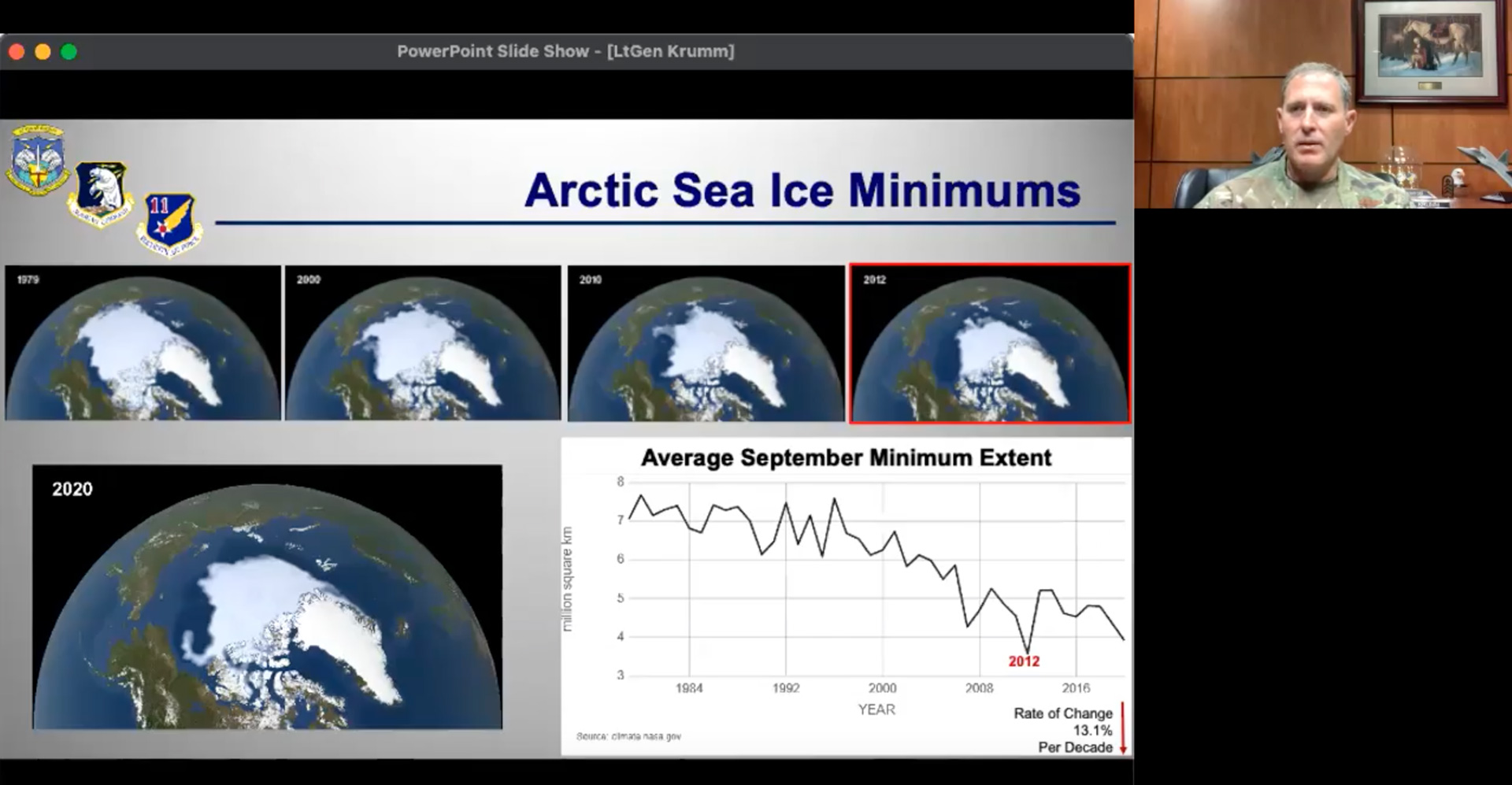