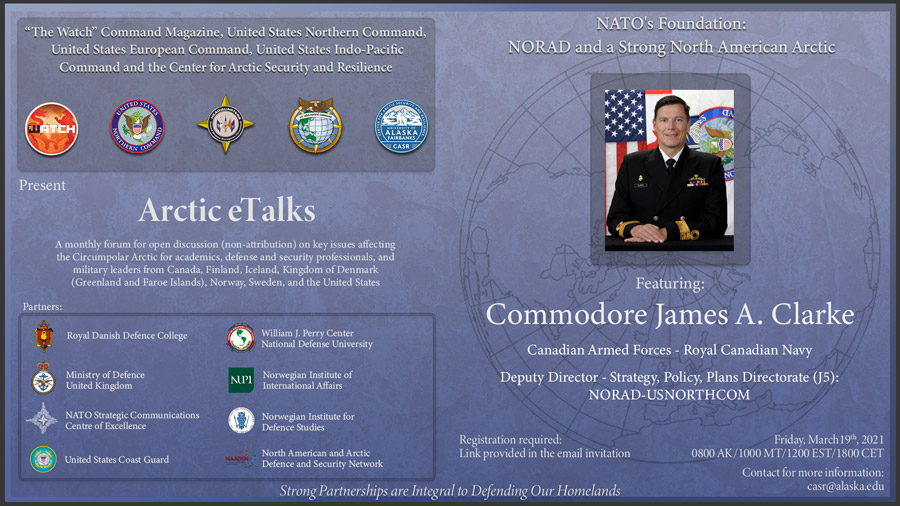 Biography: Commodore James A. Clarke is the Deputy Director of the Strategy, Policy and Plans Directorate North American Aerospace Defense Command (NORAD) and United States Northern Command (USNORTHCOM), Peterson AFB, Colorado. He is a native of Sarnia Ontario, the grandson of a First World War Army Officer and a third generation Canadian Armed Forces member. After completion of the Joint Command and Staff program, Commodore Clarke was appointed as the Commander of Submarine Division in Halifax while concurrently fulfilling the duties as Commander Submarine Sea Training. He then enjoyed a tremendously busy appointment as the Commanding Officer of the HALIFAX Class Frigate HMCS ST. JOHN'S, a tour that included two counter narcotic missions in the Caribbean, a patrol in the Canadian Arctic as well as participation in exercises in Europe and on the US Eastern Seaboard. Commodore Clarke then completed second language training and was subsequently promoted and appointed to Maritime Forces Pacific Headquarters as Assistant Chief of Staff Operations as well as the Commander of the Canadian Submarine Force. In August 2014, he assumed the additional role as Commander of the Fourth Maritime Operations Group. Commodore Clarke is a 2008 graduate of the Canadian Forces College and a 2018 graduate of the United States Naval War College’s international Naval Command College. Along with those diplomas, he holds an undergraduate degree from the University of Western Ontario where he majored in mathematics and Master’s degrees from the University of New Brunswick (engineering) and the Royal Military College of Canada (Defence Studies). 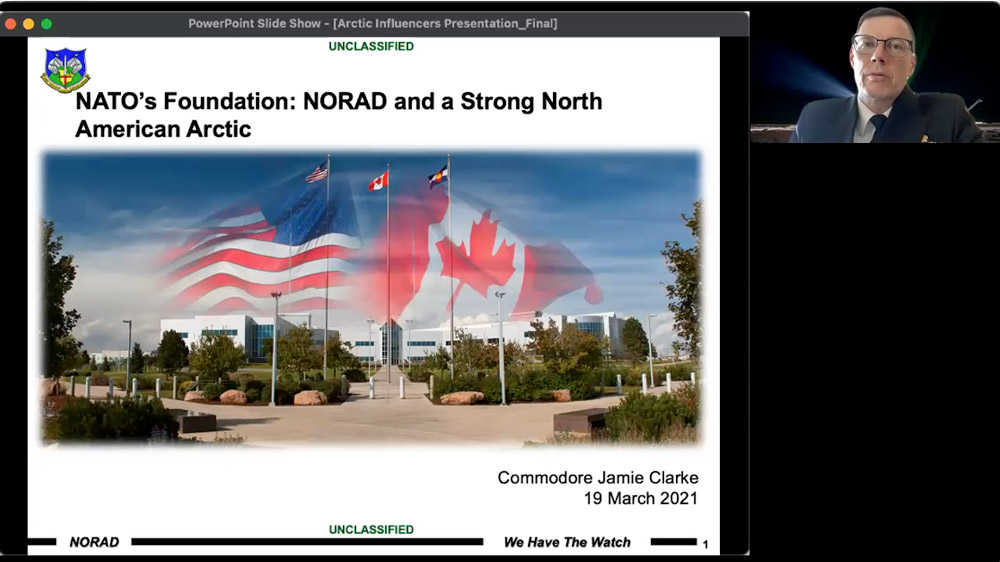