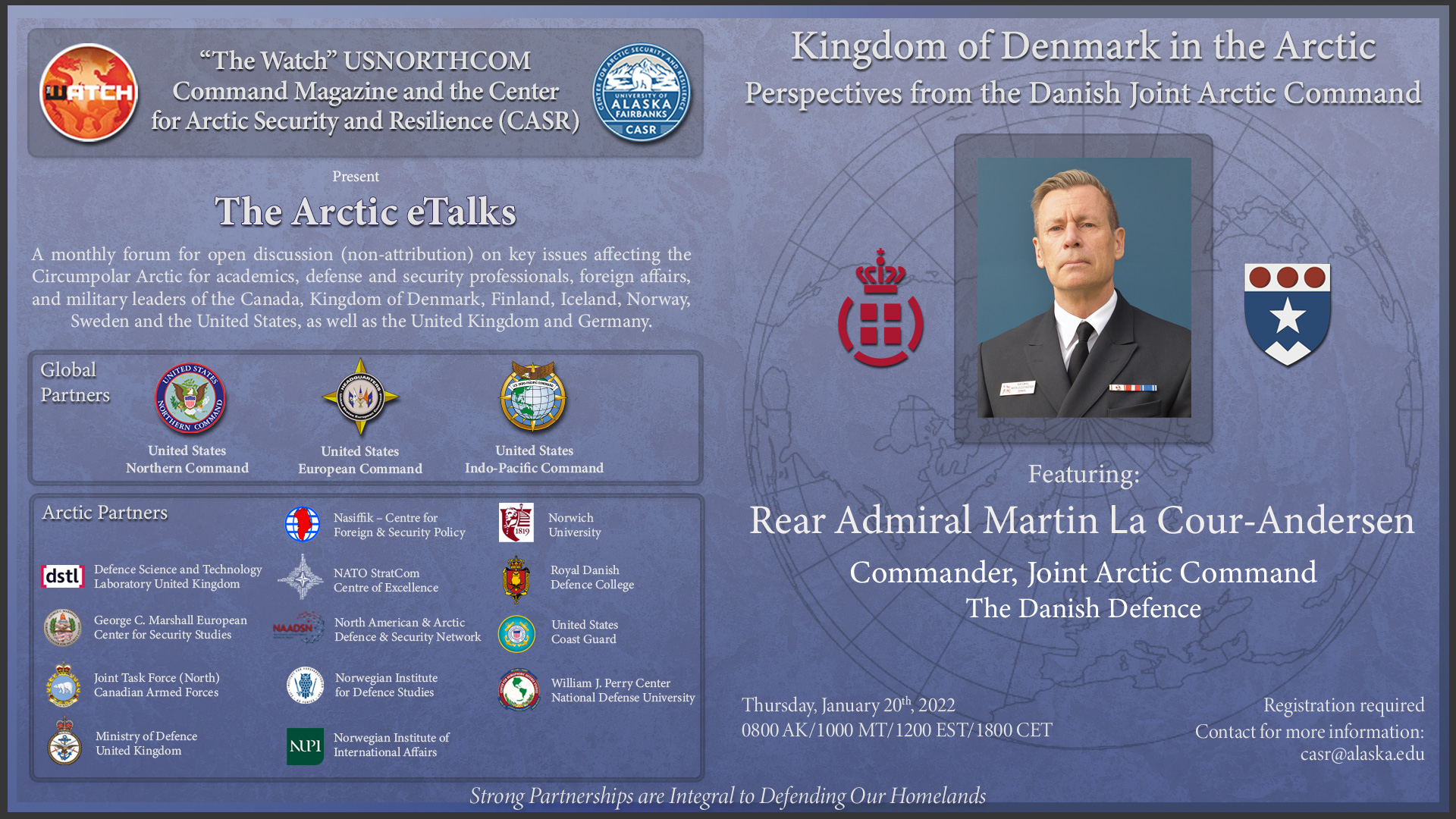 Rear Admiral Martin la Cour-Andersen assumed the position as Commander Joint Arctic Command (JACO) on June 8th 2021. JACO serves as the military command for the Kingdom of Denmark covering Greenland and the Faroe Islands. In 1987, Rear Admiral la Cour graduated as number two at the Royal Danish Naval Academy as a Lieutenant. He later graduated as number one with the National Staff Course and advanced tactical officers Course in 1992. In the ten years following his graduation as lieutenant, Rear Admiral la Cour had a traditional navy career as a surface warfare officer and subsequently Commanding Officer of various types of ships. He later went on to serve as Military Assistant for the Danish Vice Chief of Defence Staff and later four years as Special Advisor to the Danish Prime Minister. Rear Admiral la Cour has served in London, and in both NATO and the EU on the political side. In 2018 Rear Admiral la Cour moved to Washington DC where he performed the duties as Defense Attaché to the Unites States and Canada in Washington DC until taking over as Commander JACO in June 2021. Admiral la Cour masters three different languages, Danish, English and French, and speaks Spanish and German. He is married to Christine with three sons, Alexander (29), Christopher (25) and Adam (20). 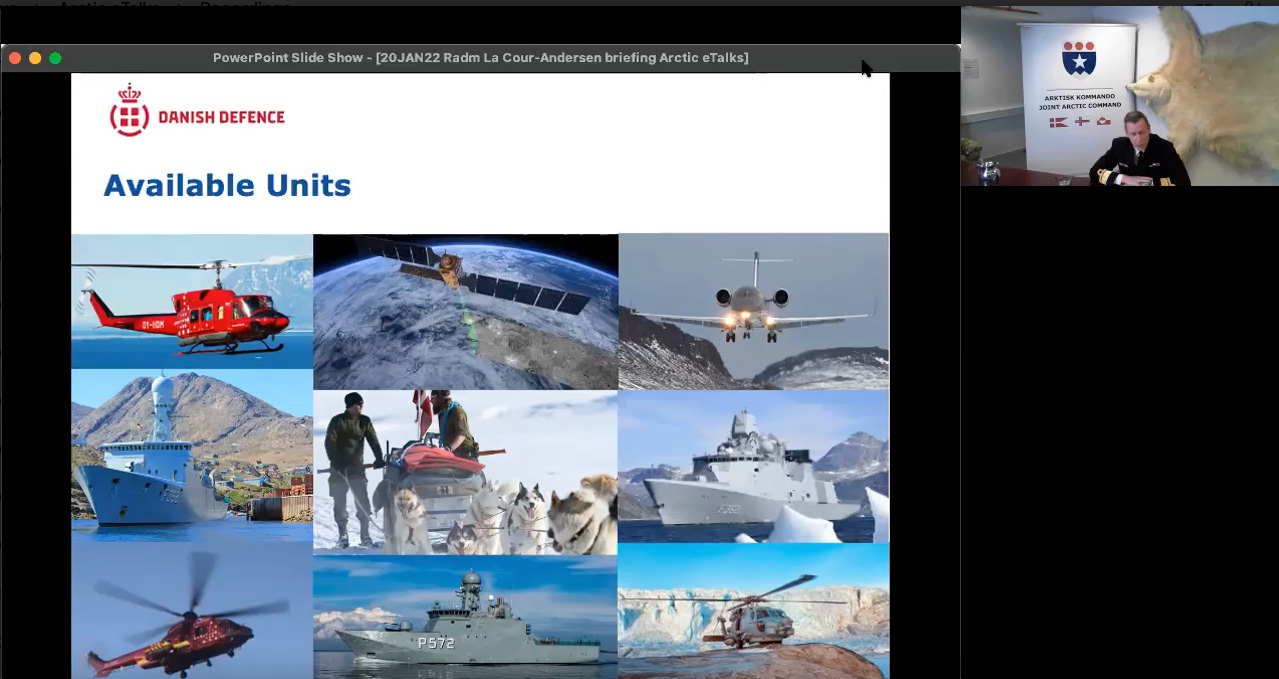