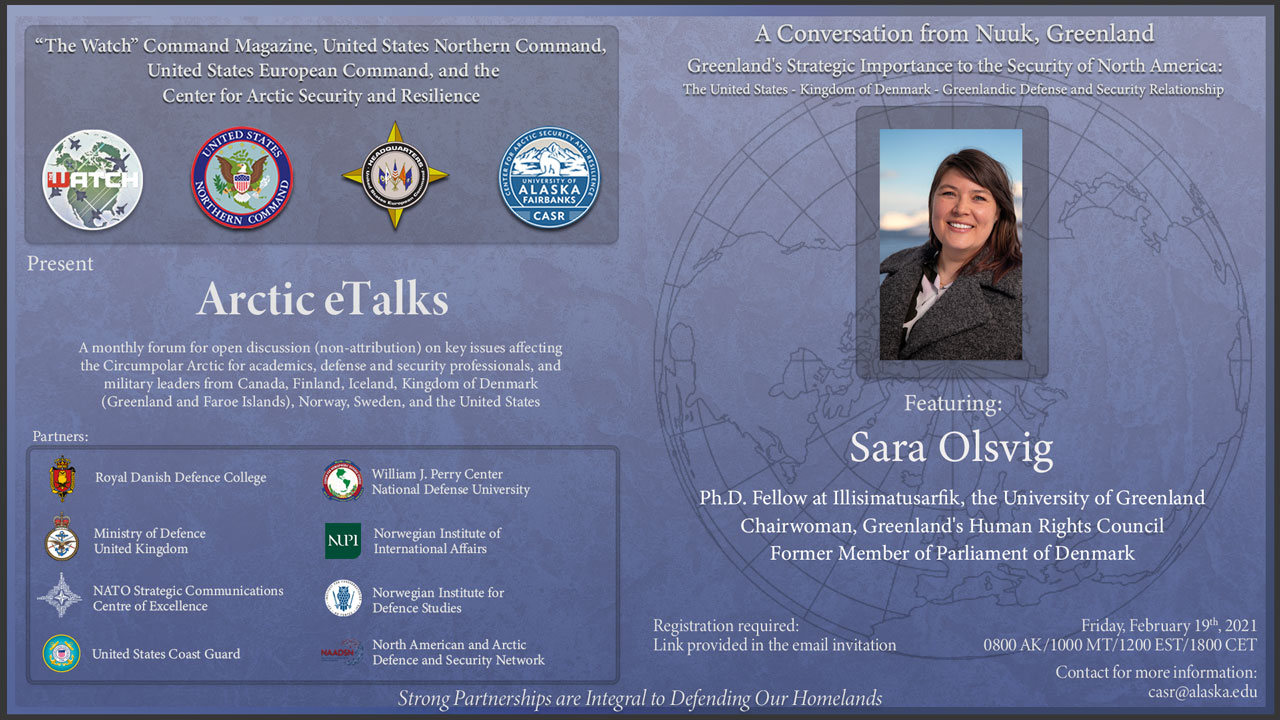 Biography: Sara Olsvig is a Ph.D. Fellow at Ilisimatusarfik, the University of Greenland, and the current chairwoman of Greenland’s Human Rights Council. Olsvig is an assigned member of the Constitutional Commission of Greenland. She served as member of the Parliament of Denmark (2011 - 2015) and the Parliament of Greenland (2013 - 2018) and was leader of the political party Inuit Ataqatigiit (2014 – 2018). Olsvig was Vice Premier and Minister of Social Affairs, Families, Gender Equality and Justice in the Government of Greenland from 2016 to 2018 and was the Chairperson of the Standing Committee of Parliamentarians of the Arctic Region from 2013 to 2014. Olsvig holds an MSc in Anthropology and has previously worked as Executive Director for Inuit Circumpolar Council Greenland, to which she today is a delegate. Sara is Inuk and lives in Nuuk, Greenland with her partner and their children.