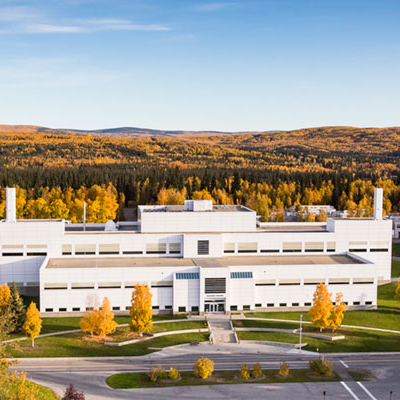 The Reichardt Building, completed in 1994, was the first new classroom building built on the Fairbanks campus since 1971. The three-story 117,435-square-foot steel-frame structure opened for classes in September 1995.

The Reichardt Building is home to the College of Natural Science and Mathematics. The building features large lecture halls, classrooms, state-of-the-art laboratories, equipment storage, offices and research space. It houses a geochronology laboratory as well as the Noyes Physics Student Computer Lab and the Pearl Berry Boyd Hall, a 200-seat lecture room.

Paul Reichardt  was instrumental in securing the state funding to build the facility. During his 35-year tenure at UAF, Reichardt served as a chemistry professor, interim director of the UA Museum and dean of two science colleges. Beginning in 1998, he served as provost under three consecutive chancellors. He was named professor of chemistry and provost, emeritus, at UAF's commencement ceremonies in 2007.