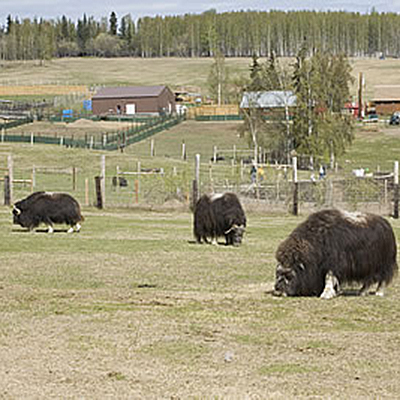 The Robert G. White Large Animal Research Station occupies 134 acres deeded to the university by farmer Mike Yankovich's family in 1963. A university muskox herd first used the farm from 1964-1974. In 1979, a major grant from the National Science Foundation founded the research station, and it re-established the muskox herd. Both herds were created with wild muskoxen taken from Nunivak Island. The wild animals had descended from 34 Greenlandic muskoxen that were brought to the Fairbanks campus in the 1930s and used to reintroduce the species to Alaska.

Robert White joined the Institute of Arctic Biology faculty in 1970. He is a fellow of both the American Association for the Advancement of Science and the Arctic Institute of North America. He was largely responsible for the creation of LARS and served as its director from 1979-1998, when he retired.