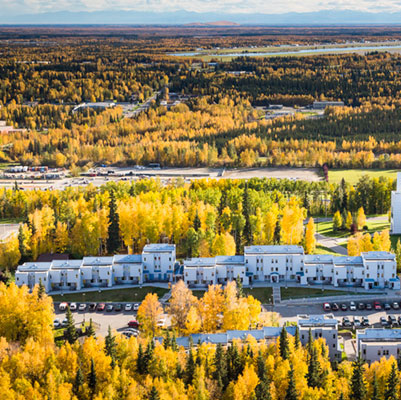 The Howard Cutler Apartment Complex townhouse units were opened in 1984 as the Student Apartment Complex, often called SAC. The 59 two-bedroom units and one four-bedroom unit accommodate 240 students. Cutler is coed and also offers units where students can live with any student — regardless of sex, gender, gender identity or expression. Each apartment is fully furnished, including a kitchen, living area and a full bathroom. Two laundry facilities serve the residents. The state’s One Percent for Art Program provided the stained glass in each entryway.

Aurora magazine:  Laughter, fun and a little bit of trouble