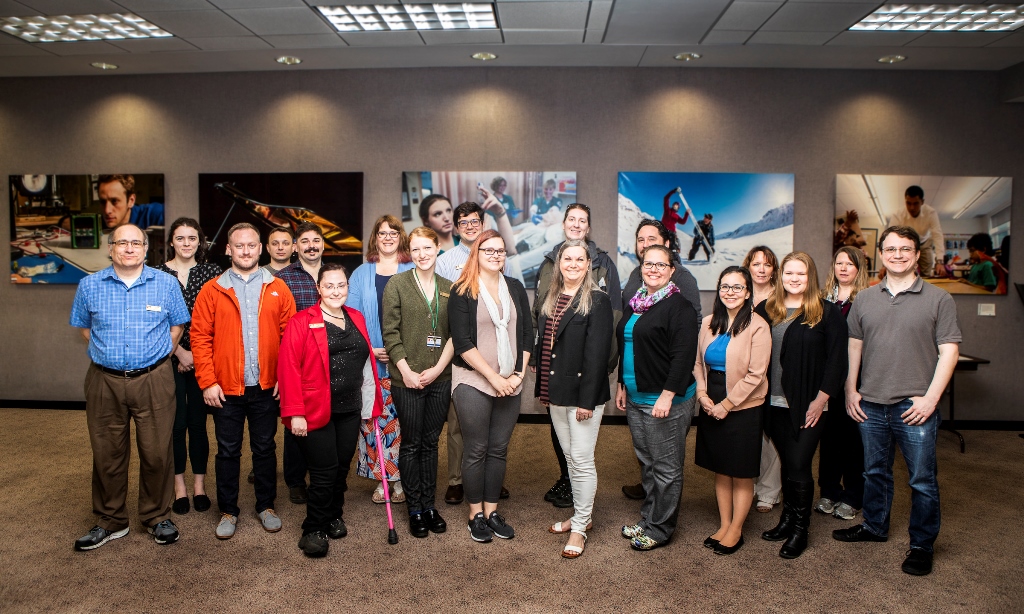 Over the years, Staff Council has been responsible for a number of employee benefit improvements, including: an additional University holiday - Martin Luther King Day; leave share program; and a flexible work schedule.

Members have worked on refining supervisory training, internal recruitment, the staff recognition and longevity awards, health and leave benefits, smoke-free workplace, development and implementation of the new salary system, correspondence with State legislators on bills concerning the retirement system and the University budget, and consultation with UAF Human Resources on hiring procedures.

The most important benefit staff at UAF has through their representatives is an open line of communication to administration. If any staff member in the University community has an issue with their work environment or sees a way the University could become more productive by creating a better work environment, an avenue for conveyance is open to them through their governance group. Please use that open line. Contact your representative with your ideas and concerns or bring them to Staff Council meetings.

What can Staff Council do for me?

Who can be a member of Staff Council?

The UAF Staff Council of the University of Alaska Fairbanks shall be composed of representative members of exempt and non-exempt, non-union, UAF staff who are elected for two year staggered terms by permanent full-time and permanent part-time non-faculty, non-student employees. University employees who hold executive appointments shall be excluded from representation by the UAF Staff Council.

How much time commitment is expected?

Staff Council meets once a month for approximately 2.5 hours. Members are required to serve on at least one Staff Council permanent committee. Staff Council strongly encourages members to serve as a primary means of communication and as a link between Staff Council and those they represent.

What is the term limit for a Council member?

Elected representatives serve two-year terms*, ** beginning January 1 and ending December 31 of the following year. There are no term limits for representatives. Representatives whose units are up for re-election in the fall of the current year must submit a nomination form and go through the election process in order to remain on Staff Council.

*Mid-term appointments to fill vacant unit representative seats may serve a term that is less than 2 years.

**Those elected, through a special election process, to fill a term vacated by an At-Large representative during the first year of their term may serve a one year term.

How often does Staff Council meet?

Do all Staff Council members serve on a committee?

Yes, all Council Representatives are required to serve on one permanent committee.

Can anyone listen or attend Staff Council Meetings?

When is the Staff Council calendar distributed? What do the old calendars look like?

As of 2017, Staff Council's annual calendar is no longer being produced due to severe budget cuts to the UAF Governance budget.

You can view the Staff Council archived calendars.