News from the Competition

Peter Friis Johansson, an acclaimed concert pianist from Denmark and Sweden known for his musicality and innovation in both contemporary and classical performance, has won first prize in the Alaska International Piano-e-Competition, the first competition of its kind ever to be held in our state.  The panel of nine international jurors selected Johansson based upon his performances in this competition alone, considering the originality of his interpretation, his technical performance, and his superior musicianship.  As first-prize winner of the competition, Johansson was awarded $30,000 in prize money, a gold medallion designed and handmade by Alaska artists, and performances in Chicago and New York during the grand award ceremony and concert on Saturday evening.  Most notably for Alaska residents, he was also awarded another performance with the Fairbanks Symphony Orchestra, and will perform at their season opener on Sunday, October 5. 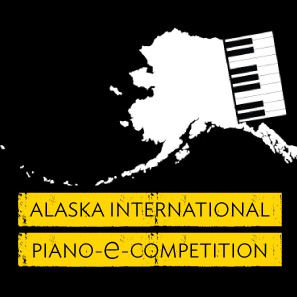 The Alaska International Piano-e-Competition is an opportunity for young pianists worldwide to participate in a competition of the highest artistic quality and integrity.

Through advanced technology, including the use of Yamaha Disklavier pianos that transmit the pianists’ performances through the Internet, the Alaska International Piano-e-Competition can be viewed from any location. Up to a half-million viewers may watch these performances, held for the ﬁrst time on our campus.

The competition consists of three rounds and a concluding performance where ﬁnalists will perform with the Fairbanks Symphony Orchestra. More than $65,000 in prize money, performances and engagements will be awarded to classical musicians from around the globe here in Fairbanks. Join us for this exciting and historic event!