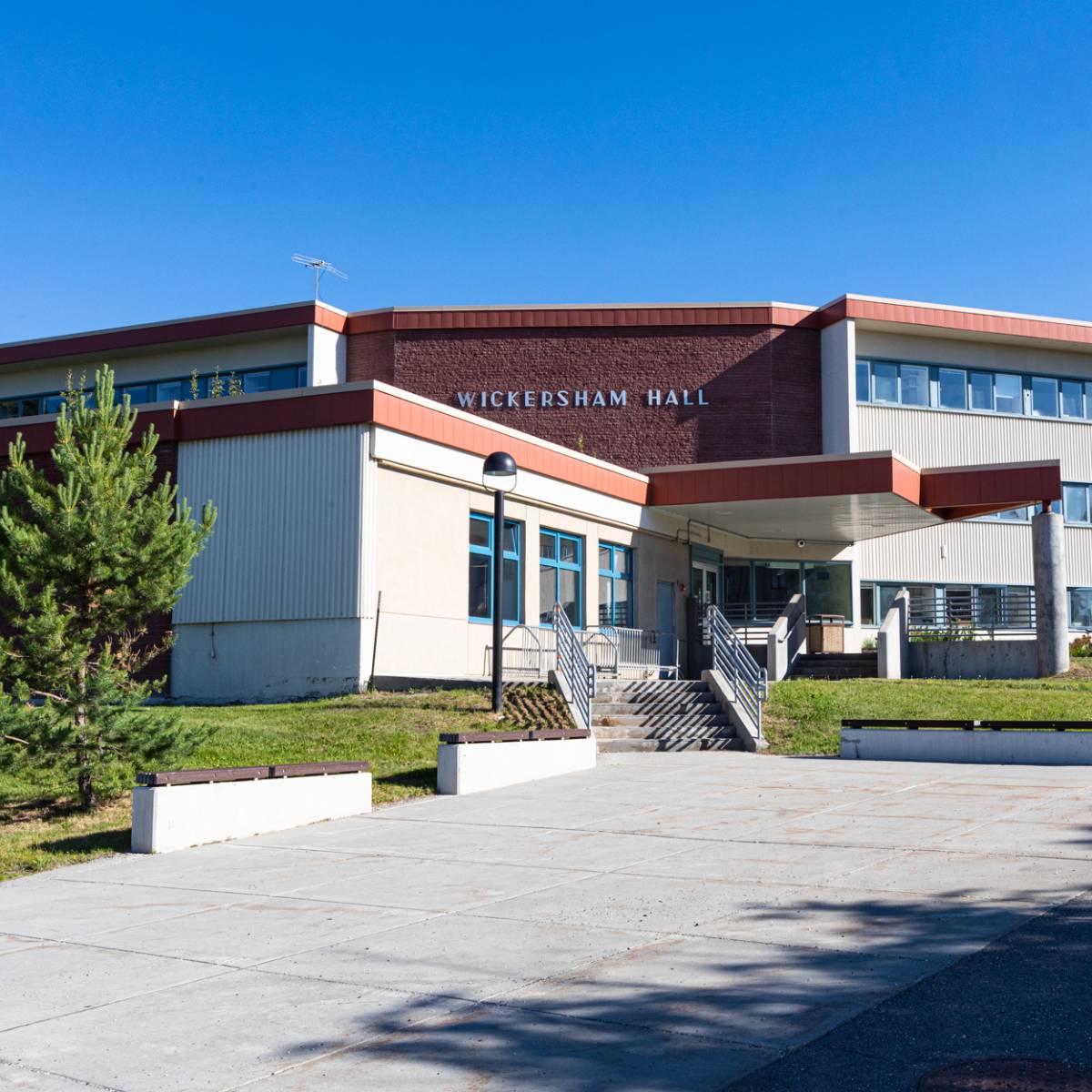 Built in 1957, Wickersham Hall accommodates almost 100 students. The three-story complex has four-person suites in addition to single rooms. Each floor has a kitchen. The hall has a lounge and a laundry.

For many years a women's hall, it more recently was converted to coed by room. It also offers rooms where students can live with any student — regardless of sex, gender, gender identity or expression. As of fall 2021, Wickersham Hall was closed. Renovations begun in 2022 were expected to be complete by midwinter, with reopening expected in fall 2023.

On Jan. 12, 1958, the hall was dedicated to Judge James A. Wickersham and his second wife, Grace. Both made important contributions to the development of the university. As Alaska's delegate to the U.S. Congress for 14 years, James Wickersham had a hand in establishing the Alaska Territorial Legislature, the Alaska Railroad, Mount McKinley National Park (renamed Denali National Park and Preserve in 1980) and the Alaska Agricultural College and School of Mines (renamed the University of Alaska in 1935).