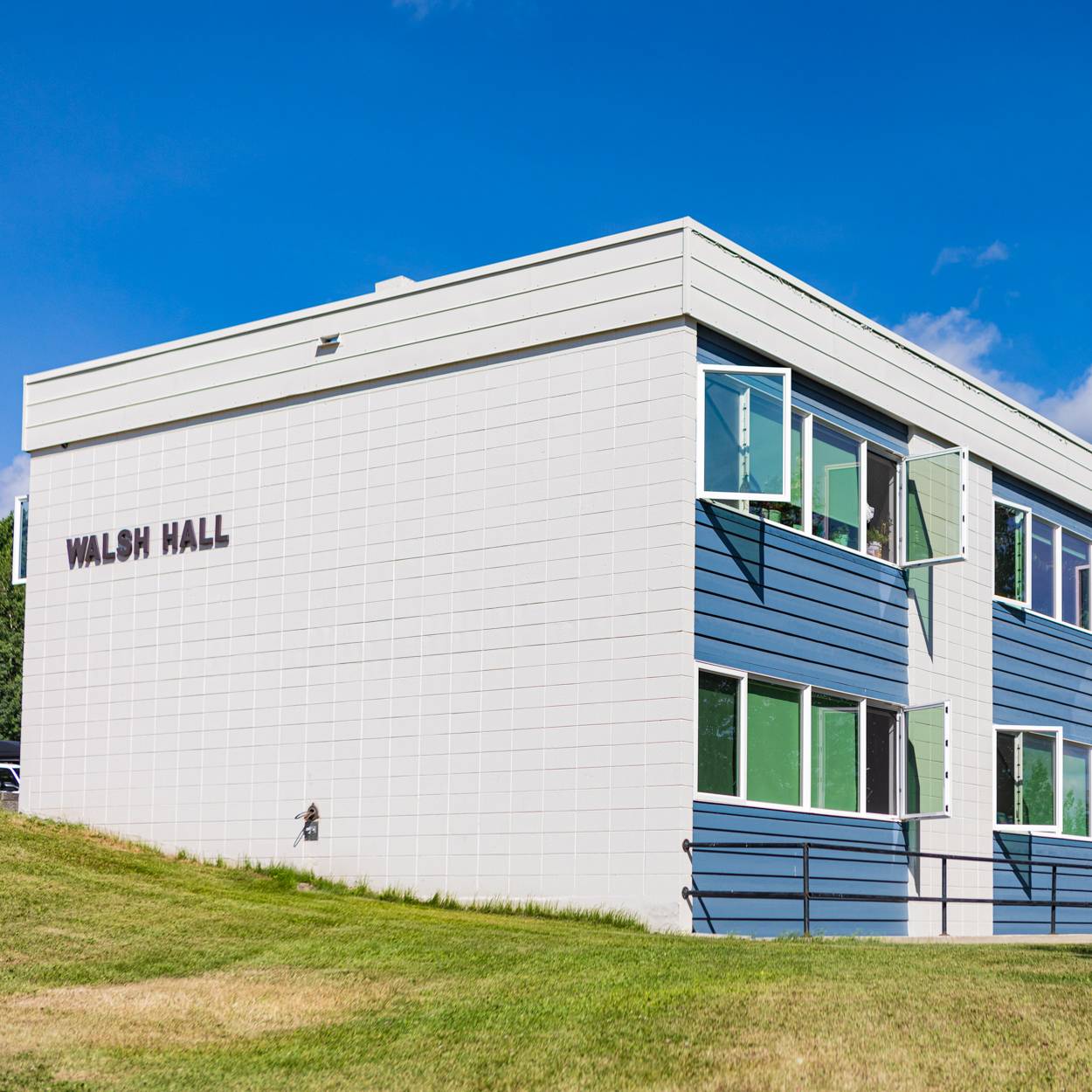 Walsh Hall, completed in 1959, contains 12 furnished apartments. It was remodeled in 2017.

The building is named for Michael Walsh of Nome, a member of the University of Alaska Board of Regents from 1943 to 1959. In 1955, Walsh was one of 55 delegates who wrote the Alaska Constitution on the Fairbanks campus. The university conferred an honorary doctor of laws degree upon Walsh in 1958.