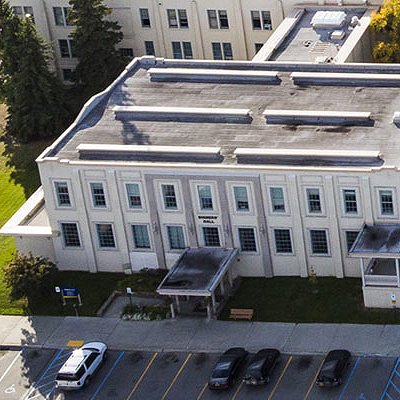 Built in 1931, the gymnasium was the first concrete structure on the UAF campus. On Feb. 6, 1956, nearly a thousand people witnessed the historic signing of the proposed Alaska Constitution. Because so many people showed up, delegates to the state Constitutional Convention moved the event to the gymnasium, which is why it was renamed as Signers’ Hall. It received a complete renovation in 1984-1985.

In February 2006, the Creating Alaska celebration on campus commemorated the 50th anniversary of the signing with Gov. Sarah Palin delivering an address on the main floor.

It now houses the Office of the Chancellor and the offices of Admissions and the Registrar, among others.