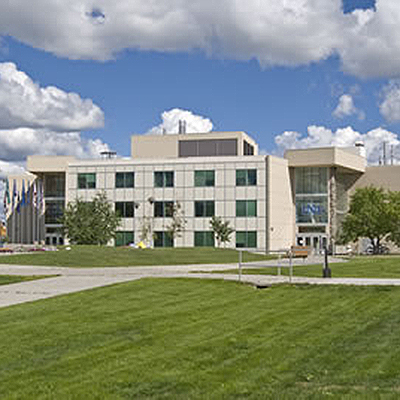 The tradition stone in front of the Duckering Building celebrates the "fundatori mundi" or "builders of the earth." A plaque threatens disaster upon anyone who would remove the stone.

William Elmhirst Duckering earned a bachelor's degree in 1903 and his civil engineering degree in 1916 from the University of Washington. In 1932, he joined Alaska's university, where he taught and served as an administrator until his death in 1950.