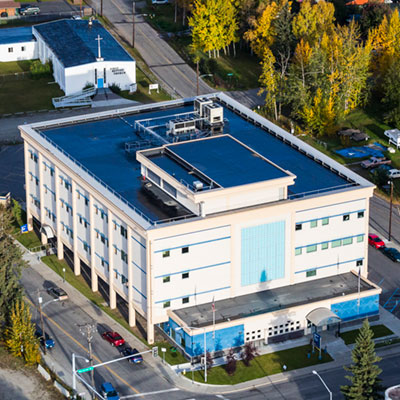 604 Barnette Street has served as UAF Community and Technical College's headquarters since August 2003.

In 2002, the state of Alaska transferred ownership of the Fairbanks Courthouse building at 604 Barnette Street to the University of Alaska Fairbanks to house the Tanana Valley Campus, now the UAF Community and Technical College.  The building has approximately 78,000 square feet contained within four stories. The courthouse was constructed in 1962 and was the primary location for the court system in Fairbanks until the offices were moved to a new facility on First Avenue in August 2001.

In November 2003, the UA Board of Regents named the student lounge area the Ruth Lister Student Gathering Area, in honor of former TVC Director Ruth Lister. The facility also features a coffee and sandwich stand.