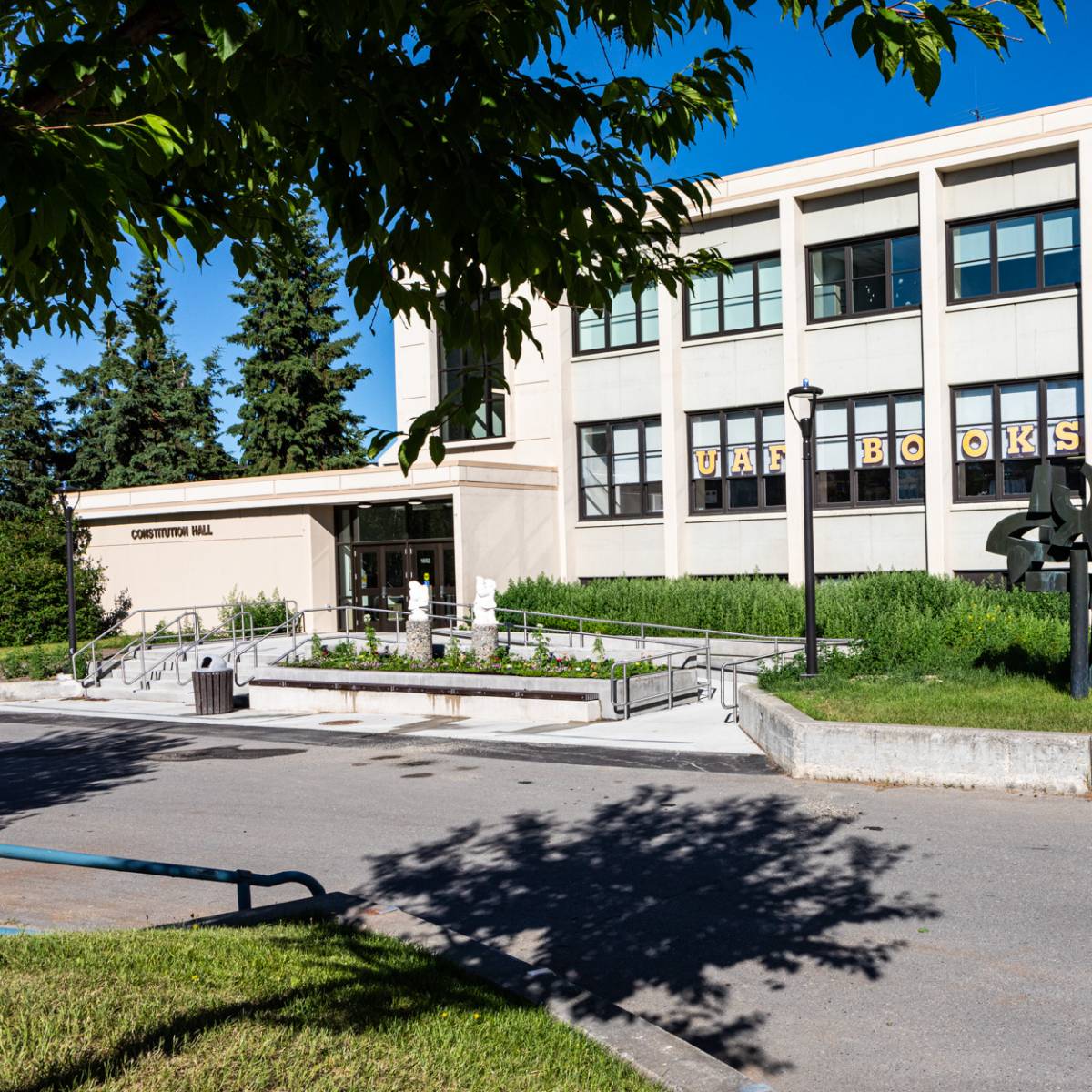 Constitution Hall, formerly known as the Student Union Building, was one of two major construction projects completed on campus in 1955.

Today, the building is home to the UAF Alumni Association, bookstore, barbershop and Campus Mail Center.

In 2020, the building was extensively renovated at a cost of $3.1 million. Improvements included a new elevator reaching all floors and a ramp and snowmelt system for the main entry.

In November 1955, 55 elected territorial delegates assembled in the new building to draft a constitution for Alaska, with hopes of reviving the stalled statehood movement. The delegates spent 75 days working on the document and signed it in what is today Signers’ Hall, on Feb. 8, 1956. The Student Union Building was rededicated later in 1956 as Constitution Hall in honor of the document created there. Congress ratified the state constitution in 1958. President Eisenhower signed it Jan. 3, 1959, and Alaska was admitted as the 49th state in the union.

Feature story: The campus barbershop: a cut above