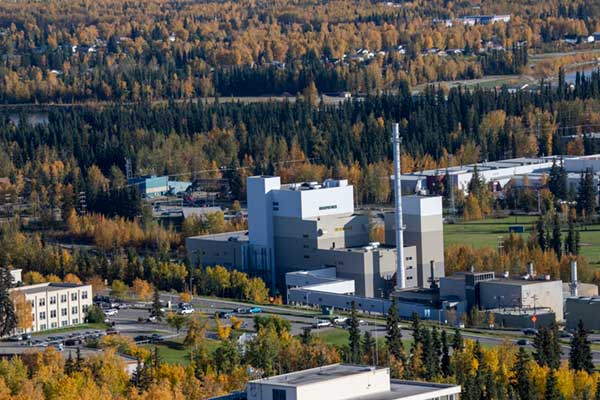 Construction began in 2015 on an upgraded plant to supply the Fairbanks campus with heat and power.  As of February 2020, the plant was operating and final testing was proceeding, with completion expected  by July 2020.

The new plant is more reliable, more efficient and cleaner than the old system. The main boilers in the Atkinson Building have served campus since 1964 but are wearing out. Boiler tube failures in December 1998 and April 2016 caused explosions. Such failures, especially in winter, endanger billions of dollars of infrastructure and research.

The new plant is designed to handle at least 25 years of projected growth on campus. The steam turbine, with controlled extraction ports, provides low-pressure steam to heat campus and produces 17 megawatts of electricity.

A groundbreaking ceremony was held in August 2014.

The Atkinson plant remains, but the coal boilers, coal handling system and ash handling equipment will be decommissioned.