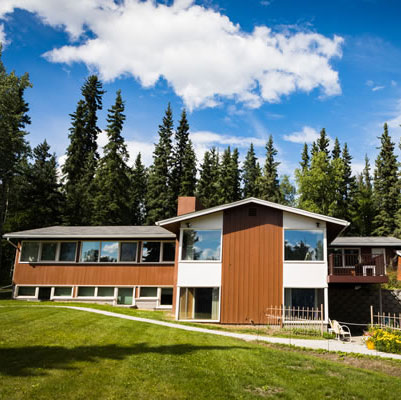 The Chancellor's House, known formerly as the President’s Residence, was built in 1954. At the time, it was described on postcards as "one of the finest homes in Alaska and probably the most photographed." President Patty and his family moved into the five-bedroom showcase home in late March 1954.