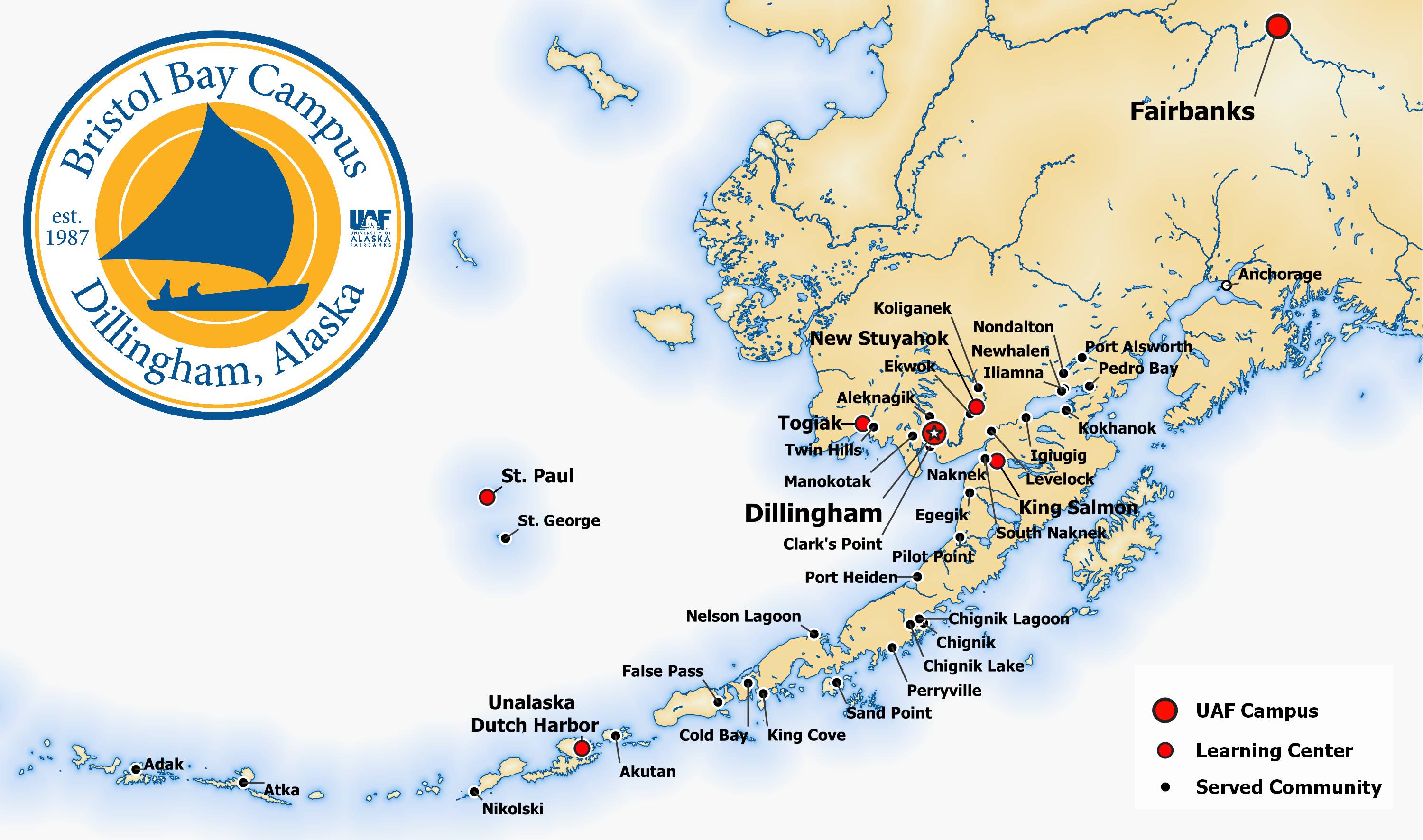 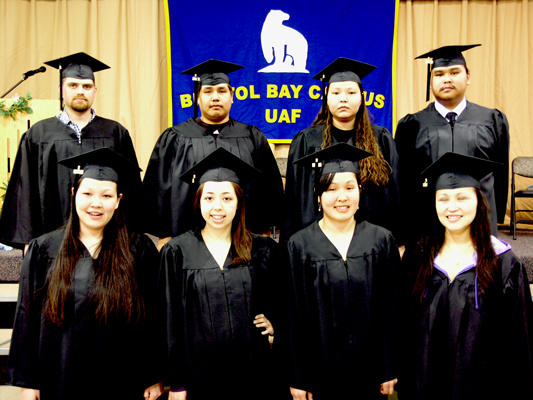 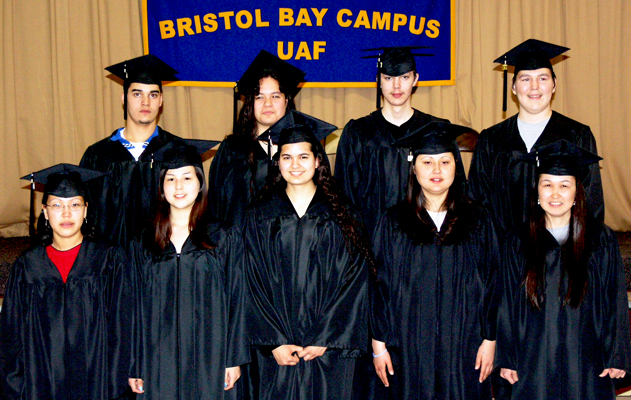 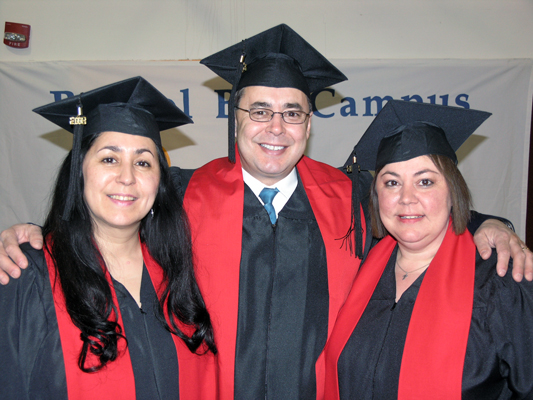 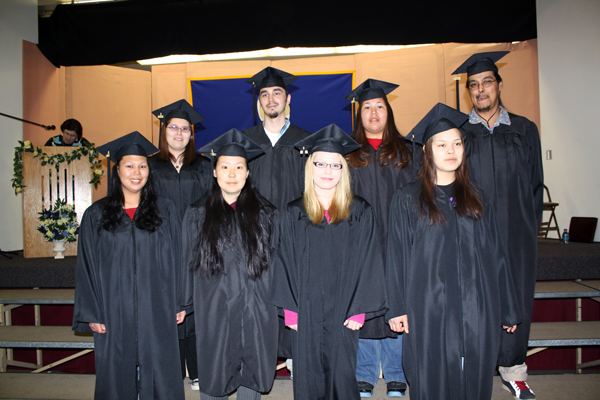 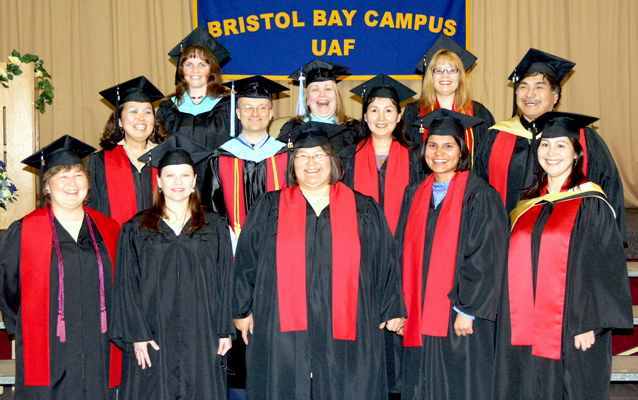 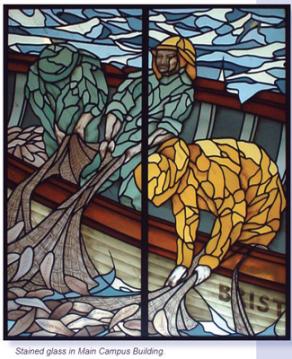 The Bristol Bay Campus is located in the heart of town, nestled between the City of Dillingham Public Library/Museum and Dillingham High School. This college campus consists of two buildings, the Main Campus building, and the Applied Science Center.

The Main Campus Building originated in 1981 as a 4,600 square foot (sf) facility and sits on about one acre of land in a mixed commercial and residential area. There were three classrooms, a computer lab, and eight offices. This facility was overcrowded, and the campus made multi-functional use of the limited space.

In 1987 BBC became part of the UAF CRCD, with outreach centers located in Togiak, New Stuyahok, and King Salmon, Alaska. The first BBC UAF graduates in 1988 were four students who received Associate of Arts degrees. BBC has used the City of Dillingham Public Library/Museum because the campus has no regional library.

In June 2003 construction began on a new 6,000-sf addition, and simultaneous remodel of the Main Campus building. The total project cost was estimated at $3.5 million, and work was split into two phases with construction completed in 2006.

Phase 1 ($2.5 million) included the building of a new 1,200-sf vocational lab/alternative energy center, classroom and conference room; chemistry lab; a major remodel of the existing facility into classrooms and computer labs; and construction of a 4,800-sf south addition “unfinished shell”.

With the addition of the vocational lab, the welding program increased its capabilities and offered courses such as shielded metal arc welding, gas metal arc welding, and gas tungsten arc welding. Phase 1, totaling $2.5 M (74%) of the total project price tag, was funded primarily by the State of Alaska FY02 Capital Appropriation of $1,425,000. Also, UAF committed to contributing $425,000. In 2002, the people of the State of Alaska voted for $704,000 more for the project in the General Obligation Bond.

Phase 2 was needed to convert an overcrowded and multi-function space into an efficient multi-use space and essential community facility. It was funded by U.S. Economic Development Administration (EDA) grant, Title III Renovation funds and funds from the state.

Phase 2 converted the unfinished shell into administrative offices, faculty offices, student common areas, and a reception area showcasing student and faculty accomplishments along with artifacts, arts, and crafts from local villages. It also housed an admissions/registration suite, student services, financial aid, audio-conference rooms, and a student lounge. Phase 2 construction began in May 2006 for the gradual renovation and addition project, with substantial completion occurring in September 2006.

In 2007 the BBESL was established and was located within the Main Campus building. This certificate program allows students to develop awareness of rural environmental issues surrounding resource development and to participate in field research and data collection. A significant portion of this program is spent out in the field gathering data.

In 2011 BBC purchased the NAPA Auto Parts building, which became the Applied Science Center. Renovations began in the spring of 2013. This facility houses the Environmental Science and the Allied Health/Nursing programs.

2020  UAF Annual Security Report is now available. We encourage all staff, faculty, students and prospective students to review the report and be familiar with the information included in the report.

Please contact the Center for Student Rights and Responsibilities if you have any questions about the report or the information included. 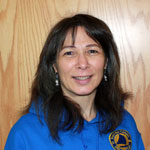 Title IX is a section of the federal law under the Higher Education Act that prohibits sex discrimination in educational institutions. Many people have known it as a law requiring equal male-female representation in sports teams at U.S. colleges and universities, but it actually demands gender equity in all areas of colleges and universities that receive federal assistance.

The law states that "no person in the United States shall, on the basis of sex, be excluded from participation in, be denied the benefits of, or be subjected to discrimination under any education program or activity receiving federal financial assistance." Therefore, Title IX forbids sex discrimination, including sexual harassment and violence, in all university student services and academic programs.

The University of Alaska does not discriminate on the basis of race, color, creed, national origin, religion, age, sex, sexual orientation, gender identity, veteran status, physical or mental disability, marital status, changes in marital status, pregnancy or parenthood, genetic code or retaliation. This policy affects employment policies and actions, as well as the delivery of educational services at all levels and facilities of the University. For a full explanation of what laws apply and contact information on how to file a report visit the Nondiscrimination site.

The Bristol Bay region is located in southwest Alaska. Bristol Bay regional boundaries under the Alaska Native Claims Settlement Act(ANSCA) extend about 350 miles north to south and about 230 miles east to west. The largest land owners in the Bristol Bay region are the state and federal governments. Most of the federal lands are managed as national parks, preserves, and wildlife refuges.

Dillingham is a fishing community situated on Alaska’s southwest coast with a population of about 2,400, closer to 5,000 when the surrounding villages in the official census area are included. It is about 320 miles west of Anchorage. The Dillingham area is characterized by a transitional climate, with an average high temperature of about 62 degrees Fahrenheit in July and an average low temperature of about 8 degrees Fahrenheit in February. Annual precipitation is about 25 inches, with an annual total snowfall of about 71 inches.

Except for roads between Dillingham and Aleknagik, King Salmon and Naknek, and Iliamna and Newhalen, there are no interconnecting regional roads. Most travel between communities is by air.

The Aleutian-Pribilof region consists of the Aleutian and Pribilof Islands. The Aleutian Islands are a chain of approximately 300 islands that extend from the Kamchatka Peninsula to the Alaska Peninsula, a distance of 1,250 miles, separating the Bering Sea from the Pacific Ocean. The Pribilof Islands lie in the middle of the Bering Sea about 200 miles north of Unalaska Island. Harsh climatic conditions, abundant marine life, and some of the largest fisheries in the United States characterize these sparsely populated volcanic islands.

An oceanic climate brings moderate and relatively uniform temperatures and heavy rainfalls. Fog is a common occurrence during the summer months, and the winter weather is subject to the Aleutian Low, a semi-permanent low-pressure system that is one of the primary atmospheric circulation centers of the Northern Hemisphere. The Aleutian Low is also characterized by frequent storms and intense cyclones, bringing gusts up to 150 mph in the winter months. The average temperatures for Unalaska Island, the most populated island, is 30 F in the winter and 52 F in the summer. It rains for an average of 250 days per year with an annual rainfall of about 80 inches.

The local economy is driven by commercial fishing and seafood processing, which occurs almost year-round. According to the 2014 NOAA Fisheries’ annual report, Dutch Harbor lead the nation with the highest amount of seafood landed for the 18th consecutive year, bringing in 761.8 million pounds at a value of $191.4 million. The remaining ports in the region combine for 640 million pounds of seafood landed at a value of $194 million. While fisheries provide a significant source of income for this area, abundant marine life, and terrestrial flora and fauna support active subsistence lifestyles of many individuals. During the summer months, locals harvest salmon, halibut, greenling, rockfish, reindeer, harbor seals, fur seals, and other marine life, plus, a variety of local plants are harvested for many traditional uses. In the fall, an influx of migratory sea ducks and local ptarmigan are harvested, as well as salmonberries, blueberries, crowberries, cranberries, and bolete mushrooms.

The UAF-Bristol Bay Campuses' mission is to provide educational opportunities by which rural Alaskans can effect social and economic changes in their communities and thus protect and enrich the quality of their lives and culture.

Your generosity will help to ensure that the continuity and vibrancy or our rural communities and our ability to serve our state, nation, and the world—for generations to come.

For more information on giving to the UAF Bristol Bay Campus, please contact:

The University of Alaska Fairbanks Bristol Bay Campus (College of Rural and Community Development) is committed to knowledge-based education of rural Alaskans. We affect social and economic change of the communities we serve by enriching the quality of life for our students through learning.

UAF Bristol Bay Campus has classroom space, laboratories, and conference rooms available for rent. Space must be reserved at least two weeks in advance. Priority is based on alignment with the Campus' mission. Space is available Monday thru Friday 8:00 am – 5:00 pm. For weekend and after hour reservations, please call the Campus to arrange. Additional charges may apply. Access is currently severely limited due to COVID-19.

Please call the Dillingham campus at 907-842-5109 to learn about specific test availability. 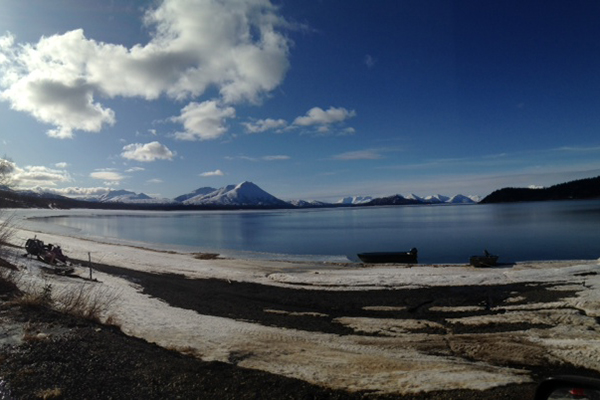 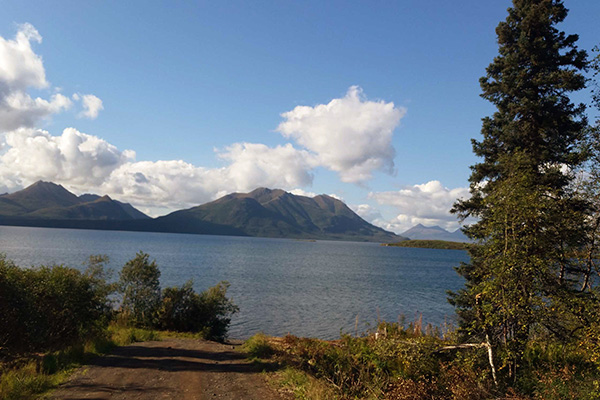 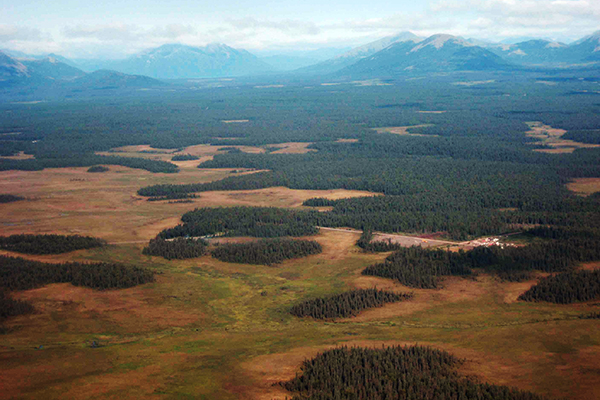 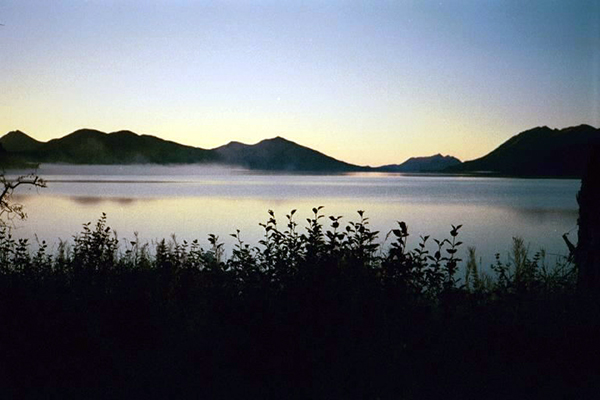 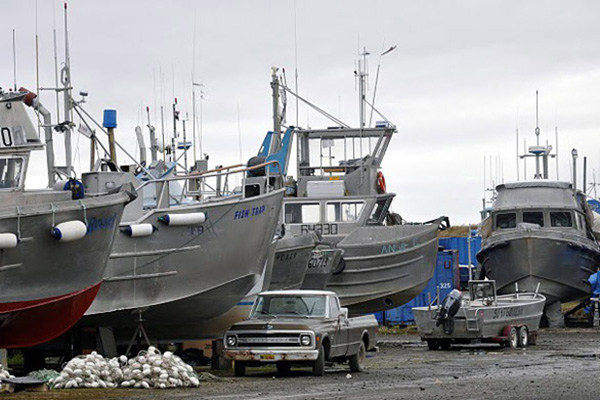 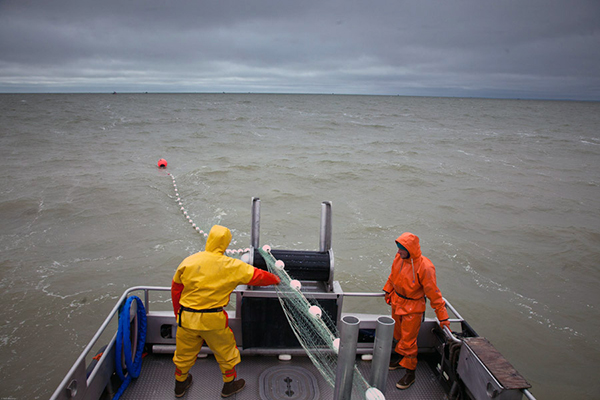 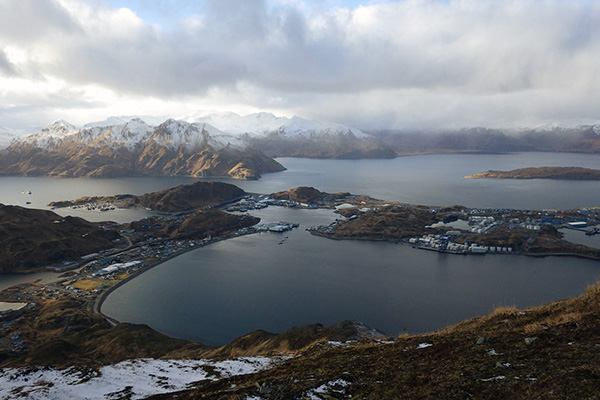 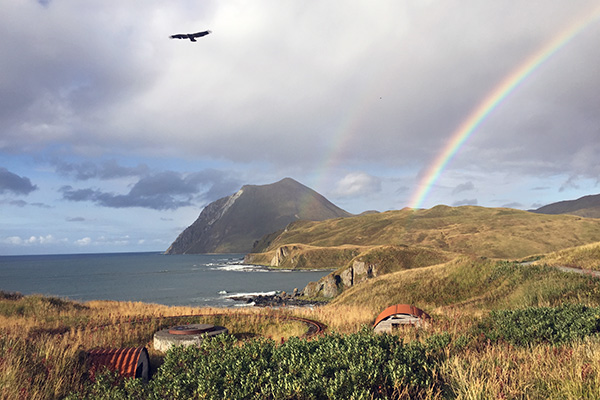 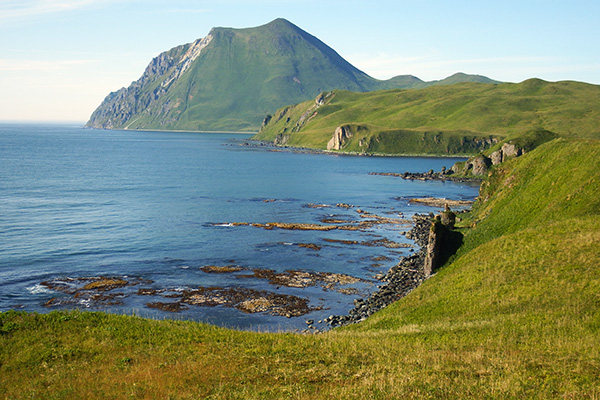 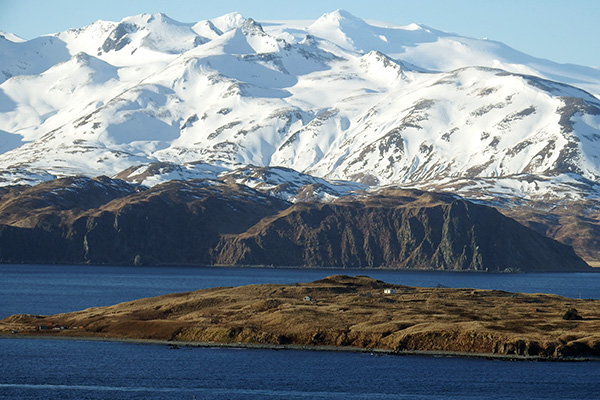