The Aerospace collection is composed of multiple efforts to collect, synthesize, and disseminate critical information to increase our understanding and operations within the aerospace domain.

Using three 11m-class S and X band satellite dishes for two-way communication with polar orbiting satellites ASF has been downlinking data for NASA for more than 26 years.  ASF is part of the NASA Distributed Active Archive Centers (DAAC) system specializing in analysis of spaceborne and airborne SAR data and has a deep bench of experts in SAR data processing and geospatial analysis. As a key NASA data center since 1994, it  has amassed a database of more than 10 PB.  Most of the data comes from synthetic aperture radar (SAR) satellites and provides an important resource for domain awareness and change detection anywhere in the world.  As the newest part of ASF, the ASF Enterprise uses UAF-owned 7m and 9m satellite dishes to collect S and X band SAR data.  Through a collaboration with GeoNorth Information Services, Lockheed Martin Corporation and KD GeoSpatial Solutions called the Geodata Cooperative, ASF Enterprise is providing global domain awareness data to NGA.   In the summer of 2020, NASA will install a 11m Ka band dish at ASF to greatly expand the capability of that facility.  The ASF Enterprise also uses smaller 3m dishes to collect data from small satellites, especially cubesats, for a variety of academic, DoD, and USCG applications including search and rescue and Arctic communication. The ASF Enterprise can provide access to both foreign and domestic satellites.

Based in Fairbanks, but with unmanned aircraft system (UAS) test ranges across five states and an ability to work with the Federal Aviation Administration (FAA) to obtain airspace permissions across the nation, ACUASI a world-leader in UAS research, as demonstrated by heading the FAA’s University of Alaska UAS Test Site, leading one of the nine UAS Integration Pilot Program sites, and being a core university in the FAA's Center of Excellence for UAS Research (a.k.a. ASSURE).  ACUASI’s expert team includes pilots, operations experts, engineers, and scientists, and can leverage other expertise from UAF and its many partners.  The ACUASI team combined has ~124 years of military service.

ACUASI operates a variety of UAS ranging from small racing drones used for education up to a 300 lb, 16 ft wingspan, twin engine UAS (a Griffon Aerospace Outlaw SeaHunter) being used to assist Transport Canada in developing their concept of operations for operating UAS off of remote airports in the Canadian Arctic to support Transport Canada's maritime domain awareness and intelligence, surveillance, and reconnaissance mission.  The ACUASI team has been involved in the research, development, test, and evaluation of cutting-edge aircraft, including Facebook's 140 ft wingspan Aquila.

ACUASI flies UAS for a wide variety of missions including wildfire surveillance, infrastructure monitoring, marine and land mammal surveys, mapping, atmospheric sampling, and numerous other operations.  The team has flown true Beyond Visual Line of Sight (BVLOS) operations using satellite command and control over the Arctic Ocean and in Canada, including over 14,000 NM with Transport Canada.  The team understands operating in remote and harsh conditions, particularly cold weather.

ACUASI, in partnership with the FAA and others, is developing Counter-UAS capabilities, anti-jamming/spoofing technologies, and navigational methods for operating in GPS-denied environments.  Additionally, the team and its partners are developing the concepts of operations and technologies needed to conduct missions of importance such as medical supply and large-scale/heavy lift cargo delivery by UAS.

Located 35 miles from the UAF campus, PFRR is the largest land-based rocket range in the world and the only one owned by a university.  For more than 51 years NASA and the DoD have been launching sounding rockets northward for a variety of applications including auroral and upper atmospheric research and tech demonstrations.  The Range includes five launch rails and multiple telemetry and tracking antennas and can launch five sounding rockets within a few minutes.  Rockets are routinely launched with parachute payload recovery to apogees of a few hundred kms or to higher apogees (>1000 km) out into the Arctic Ocean.

In support of NASA and NSF scientific investigations of the upper atmosphere researchers in the GI operate multiple scientific instrument including optical (e.g.all-sky cameras and spectrometers); RF instruments (digisondes, dual frequency GPS receivers, HF and meteor radars).  Instrumentation is located over a wide area of Alaska to provide data along standard rocket trajectories.

A major facility at PFRR is the NSF owned Poker Flat Advanced Incoherent Scatter Radar (PFISR).  This radar is the most sophisticated radar in the world and provides a wide range of ionospheric and upper atmospheric measurements including electron and ion density profiles, temperatures and composition.

As the largest rocket range PFRR is potential application to assist the Army test new generations of Long-Range Precision Fires Missiles.  The location of PFRR 100 miles north of Clear AFS, will provide an ideal location to launch rockets to test the Long Range Discrimination Radar facility.

The HAARP is the most powerful and sophisticated active ionospheric research facility in the world.  The facility uses 180 cross-diploe antennas fed by 720 transmitters and powered by five 3600 HP diesel generators.  The HAARP power plant can generate 1200 MW and the antenna array can transmit 3.7 MW over the frequency range 2.8 – 10 MHz.  It has been used for several decades to perform investigations of ionospheric effects on high latitude communication, navigation and the remediation of high energy “killer” electrons in the magnetosphere as a result of an extreme solar event or a high-altitude nuclear detonation.  The HAARP supports strategic applications for over-the-horizon radar, global communication, and diagnostics for satellite communication.    These experimental sites provide insights and diagnostics for ionospheric effects that cannot be obtained from any experimental technique.

The HAARP facility can create an overhead artificial aurora, create plasma scintillation to disrupt satellite communication, navigation and synthetic aperture radar imagery.  As the most powerful HAM radio transmitter in the world, HAARP transmission can be received at extremely long distances around the glove.  HAARP transmissions in the HF may allow detection of the plasma trail generated by overhead hypersonic vehicles.

Since HAARP transmits with a phased array, the radiated HF energy can be directed in any azimuth.  The use of multiple receive arrays around HAARP, or a circular receive array could help HAARP function as an over the horizon radar with potential coverage in all directions.

The GDNP UARC, based at the Wilson Alaska Technical Center (WATC) at the Geophysical Institute (GI), is the nation’s newest UARC which applies and develops state-of-the-art geophysical techniques to problems of geophysical detection of nuclear proliferation. UARC’s provide a direct, strategic relationship between UAF and DOD. The GDNP UARC is sponsored by the Office of the Deputy Assistant Secretary of Defense (Threat Reduction and Arms Control) (OSD(TRAC)) and currently conducts work for numerous agencies in DoD: DTRA, NGA, Air Force (AFRL and AFTAC) and TRAC.

The GDNP UARC focus is on seismic and acoustic research and development and worldwide station operations. These activities serve multiple lines of effort across the National Defense Strategy. The technologies and techniques for detecting nuclear explosions and proliferation activities can be leveraged into other important DoD and Intelligence Community mission spaces, such as emerging Arctic security threats. Situated in Alaska and with a history of supporting DoD customers, the GDNP UARC is well-positioned to assist NORTHCOM and ALCOM. 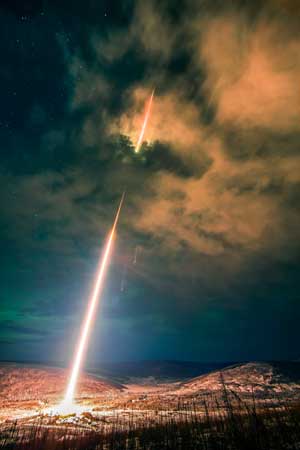 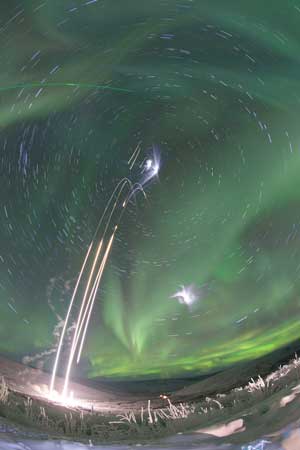 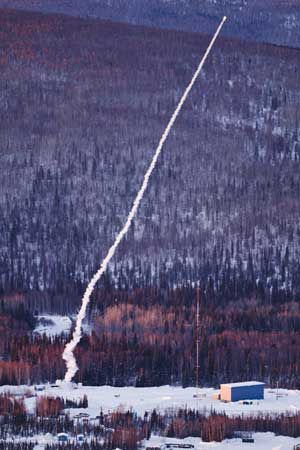 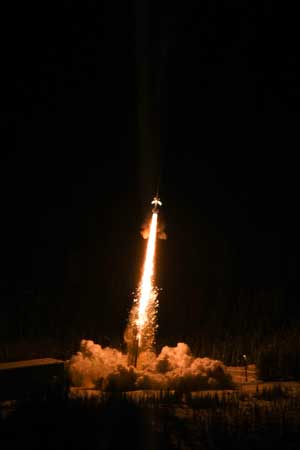