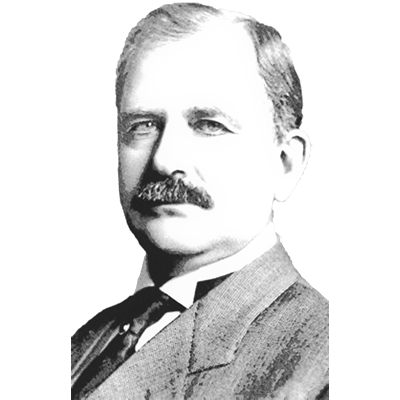 James Wickersham, a 43-year-old politically active Tacoma lawyer, came to Alaska as a newly appointed federal judge in 1900. Mostly based in Fairbanks, Wickersham spent eight years trying cases across the state before Alaskans elected him delegate to Congress. There, despite having no vote, he successfully pushed acts that brought the territory an elected legislature, a railroad, its first national park and a land grant for what would become the University of Alaska.

The university land grant bill passed on March 4, 1915. Traveling by train, ship and sleigh, Wickersham returned to Fairbanks, where he organized a July 4 ceremony to dedicate a symbolic cornerstone to the future university. He set the concrete block on a ridge west of town that Athabascan people called Troth Yeddha’.

Wickersham’s cornerstone, rededicated on its centennial in 2015, remains prominently displayed in the university’s central square.