A college in a mining camp? 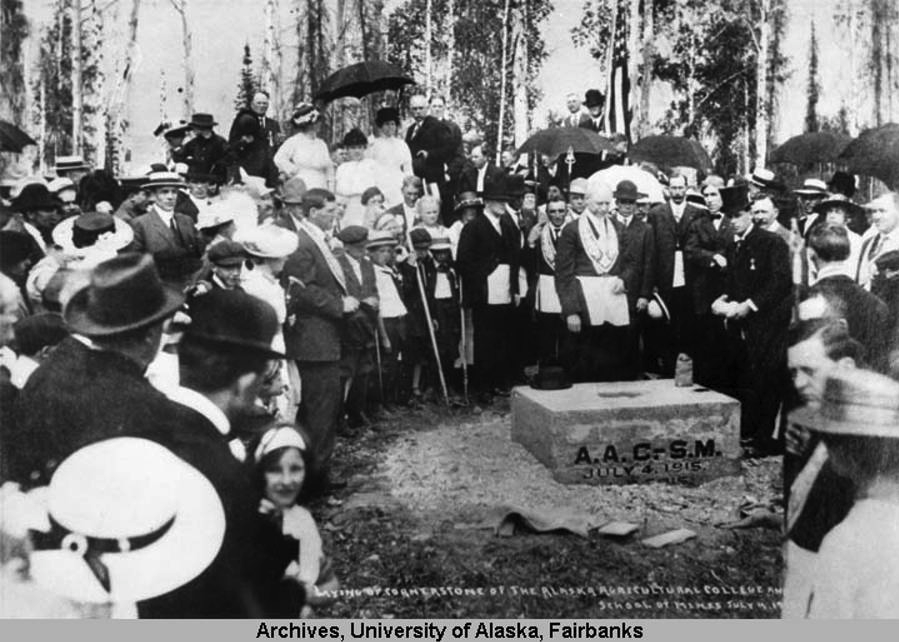 In 1915, it was an audacious idea — to create a college in tiny, remote Fairbanks, Alaska. Already, the gold rush town was fading. But the man who named the town, James Wickersham, admitted no embarrassment in also proposing a college for it.

As Alaska's nonvoting territorial delegate, Wickersham pushed members of Congress to set aside land for the college at an existing federal experiment farm near Fairbanks. Even his allies lacked enthusiasm, though.

"An agricultural college anywhere else in Alaska — and I’m not sure but one at this place — would be a joke," said Rep. James Mann of Illinois.

Nevertheless, Wickersham convinced Congress to pass the bill. President Woodrow Wilson signed it on March 4, 1915. On the Fourth of July, Wickersham dedicated a concrete cornerstone for the college on the ridge west of Fairbanks.

It took two more years for the Alaska Territorial Legislature to approve the idea. An Anchorage senator called Fairbanks a "temporary placer camp" unfit for a college. The Anchorage Times said the college would only "loot the limited funds of the territorial treasury."

The 1917 territorial Legislature approved the college — by a margin of only one vote in the House. Gov. John Strong signed the bill on May 3. Classes began in fall 1922.