Listening to the Earth 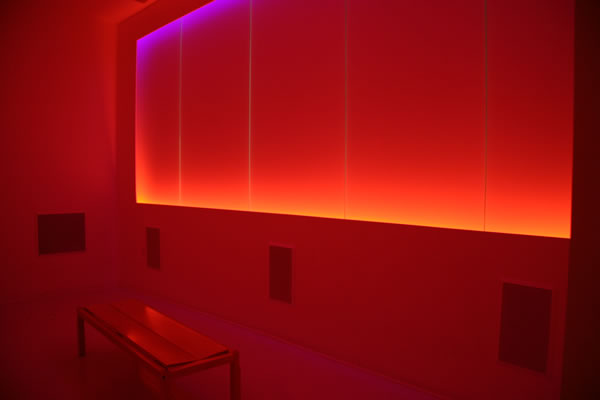 The lights and colors in the musical installation "The Place Where You Go to Listen" change with the seasons and the time of day. Photo by Theresa Bakker 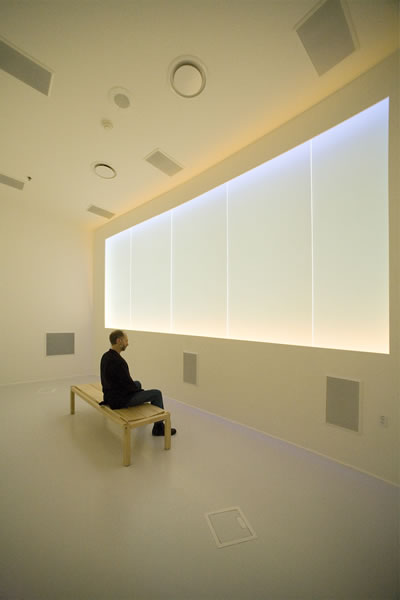 Artist John Luther Adams sits in the recently completed installation, "The Place Where You Go to Listen," at the University of Alaska Museum of the North in 2006. Photo by Barry McWayne

More than a decade after the 2006 opening of his seismic symphony, "The Place Where You Go to Listen," Grammy- and Pulitzer Prize-winning composer John Luther Adams is still occupied with the creative question of how to give the Earth a voice.

"The Place Where You Go to Listen" is a long-term, ever-evolving musical composition and light installation at the University of Alaska Museum of the North. Visitors hear the rhythms of sunlight and darkness, the phases of the moon, the seismic vibrations of the Earth and fluctuations in the Earth's magnetic field. They feel the deepest booms of the Earth's shifting continents and see a pulsing atmosphere of color and light.

The music comes from an automated system. Data generated by researchers at UAF's Geophysical Institute and other scientific institutions goes in. A sonic expression of the planet using musical tones programmed by Adams comes out.

When Adams first imagined "The Place," he was looking for a way to share Earth's voice. He named the composition for "Naalagiagvik," the Iñupiaq word for a particular place on Alaska's Arctic coast. Legend has it that a certain woman, sitting quietly in this place, could hear the planet all around her.

Thanks to continued funding by the Rasmuson Foundation and other benefactors, Adams has recently begun a round of improvements to the popular exhibit. Upgrades include new flooring and computer systems. And soon, a "puff' anemometer will produce a continuous stream of wind data from the roof of the museum.