Having completed my undergraduate degree in Mechanical Engineering (2014), I realized how important it was to have a well-rounded skillset that encompassed more than just engineering. Employment with the aerospace giant The Boeing Company and familiarity with supplier companies such as Kawasaki Heavy Industries had shown me that knowledge of different countries in East Asia—whether through language, history, or even personal interaction—carried a multitude of benefits. These companies seek versatile employees who can interact with people from different cultures in the workplace as well as employees who are willing to travel internationally.

The Asian Studies Program at the University of Alaska Fairbanks assisted me in obtaining the position I have with Boeing as a Production Support Engineer. It gave me an edge of cultural knowledge that many other job applicants did not possess – something that’s handy when so many US companies do business with countries in Asia. After commencing employment, I understand why strong cultural knowledge is desired in the work place. Interaction with individuals from different cultures occurs on a daily basis.

In July (2015), I took military leave from Boeing to begin training as a military pilot. The completion of Basic Officer Training again emphasized the importance of cross-cultural skills, whether they are used for negotiation or cooperation with individuals from other nations. Many of the issues talked about were issues I had seen previously with my studies in the Asian Studies Program.

Career-wise, the Asian Studies minor I received has come into play on multiple occasions since my graduation in May (2014). I cannot think of a more applicable minor program for any student, given our nation’s current climate regarding business, economics and political relations with other nations.

“I was a student who thought I knew what I wanted out of college. After a few years of Japanese classes, I went to Japan with my wife. While I was there I realized that I was going to change my major in college. I changed to Information Technology. After I acquired my AAS in information technology I almost had enough credits for a bachelor degree, but not enough in any one field. My passion was for history, but not for traditional history.

I wanted to get a history degree with a concentration in Asia. The majority of classes offered are for European and American history. Dr. Skya offered classes that were more in line with the degree that I wanted. I took a couple of classes with him that made me decide without a doubt what I wanted. He taught in a way that made you think about what you were learning and to develop ideas for yourself. He encouraged intellectual freedom, even when it differed from his opinions.

I went to the interdisciplinary degree program and worked with them to tailor my degree. I was able to fill out the degree with political science, Japanese language, and classes with Dr. Skya. After finishing the degree I believe I have a degree that represents my passion in life and I have a deeper understanding in the area of study that I choose because of Dr. Skya’s phenomenal teaching style. 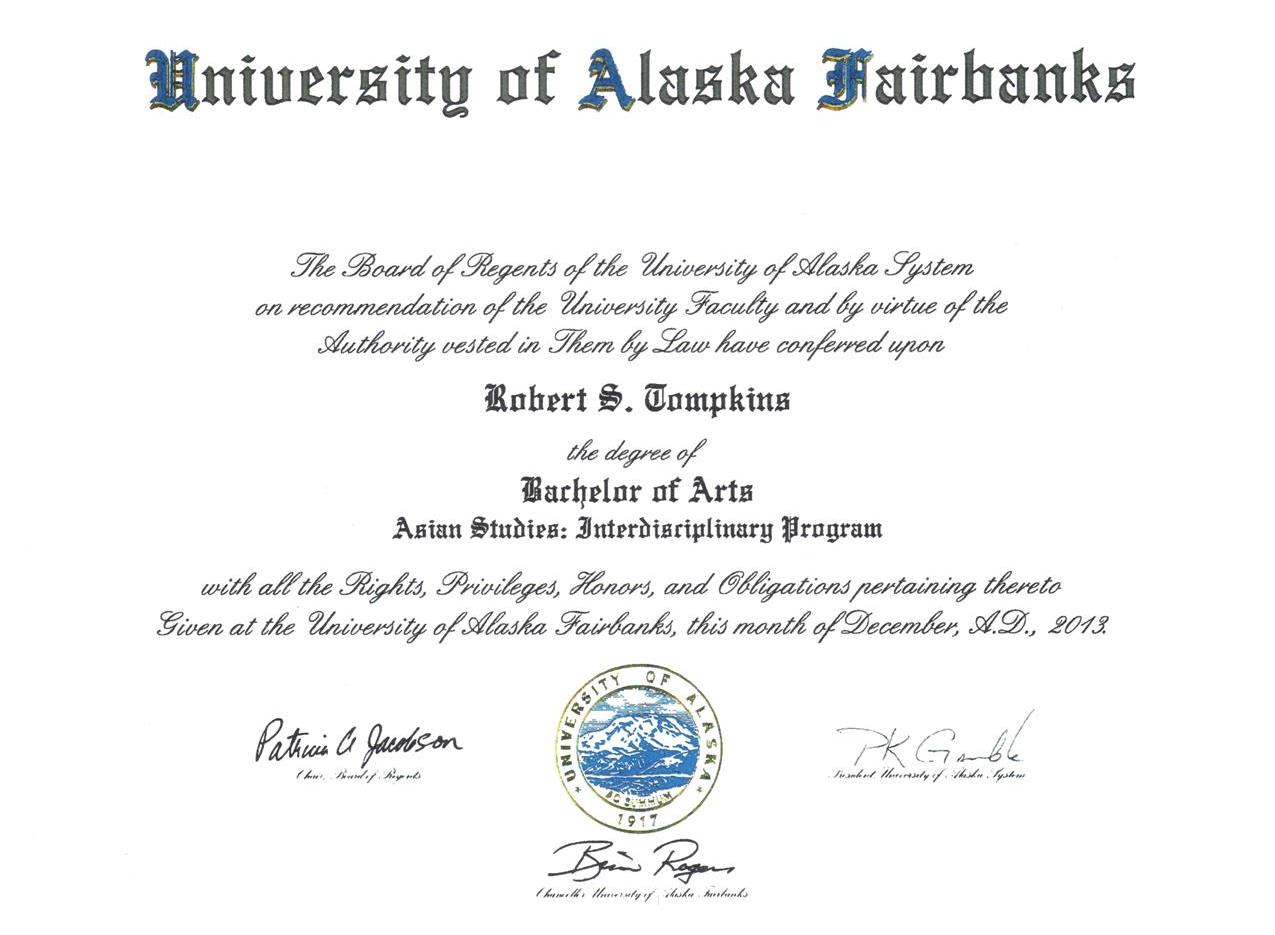