Center for the Study of Security, Hazards, Response, and Preparedness

The Center is a collaborative effort involving faculty from different disciplines and departments at UAF. We have expertise in Emergency Management, Political Science, Economics, and Scientific Research. 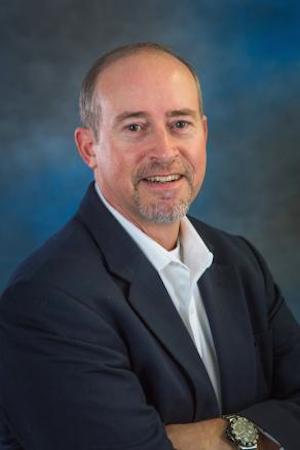 Cam serves as both the Director of the Center for the Study of Security, Hazards Response and Preparedness (C-SSHRP) as well as the Homeland Security and Emergency Management (HSEM) undergraduate program at UAF. Cam retired as a Lieutenant Colonel in the US Army in 2006 after 24 years on active duty where he deployed extensively to the Middle East, Africa, Europe, Haiti, and the Central Asian states supporting humanitarian assistance, non-combatant evacuation, peacekeeping as well as operations supporting the Global War on Terrorism (GWOT). Since retirement from the US Army, Cam has served as the Site Lead from the C4ISR training contract at Fort Wainwright, Alaska, established the Emergency Management office for the University of Alaska System and worked as the Project/Deputy Project Manager for the High Threat Protection Task Order in Baghdad, Iraq.

As the Director of the HSEM program for the past four years at UAF, Cam has focused on redefining HSEM education within the College of Business and Security Management and in developing collaborative working relationships with other programs on campus to better meet the needs of the student population,. Synergistic activities include: Project lead/PI for the Arctic Domain Security Orientation (ADSO) project for USNORTHCOM and JTF Alaska, Project Lead/PI for the City of Fairbanks and North Pole EOP development project as well as Project Lead/PI for the Alaska State Continuity of Operations Planning and Technical Assistance Initiative. Cam additionally lectures external to the program and was recognized by the Alaska National Guard for support to the Emergency Management and Policy Subject Matter Expert Exchange with Mongolia.

Cam is committed to the C-SSHRPs goal of becoming a nationally recognized Center of Excellence in providing Research, Education and Outreach supporting first responders, operational leaders and managers as well as policy makers who are looked to in providing oversight to local communities, the State of Alaska and the nation. 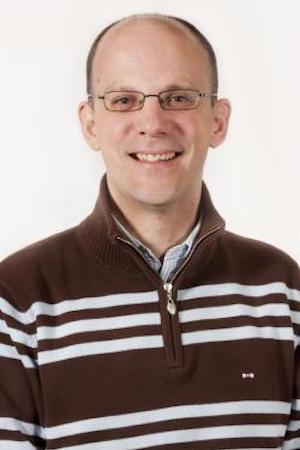 Dr. Webley is a Research Assistant Professor at the Geophysical Institute at UAF. He has over 15 years of experience in analyzing remote sensing data for natural hazard assessment and risk mitigation. He works with dispersion and transport models for simulating the movement of hazardous aerosols. Dr. Webley has been an instructor multiple times as part of the UAF CNSM ASRA program, as well as leading the teaching of FEMA Volcanic Crisis Awareness course at UAF. He has worked closely with state, federal and international organizations with relationship to volcanic hazard detection and assessment of the risk from potential volcanic event.

For the past 5 years, he has been responsible for the development and maintenance of the Puff Volcanic Ash Transport and Dispersion Model (VATD). Dr. Webley has been the advisor to the World Organization of Volcano Observatories (WOVO) representative to the ICAO International Volcanic Ash Task Force (IVATF) from 2010 – 2012.  From 2008 – 2013, he has been the co-chair of WOVO and sat as the America’s and Caribbean representative.

His aim is to provide tools and products for hazard assessment and risk mitigation, including scenario planning for potential hazardous events and real-time applications of dispersion modeling and remote sensing data to decision makers. His research interests include ash cloud modeling, detection of ash clouds in thermal infrared data, real-time monitoring of natural hazards and remote sensing of volcanic processes. 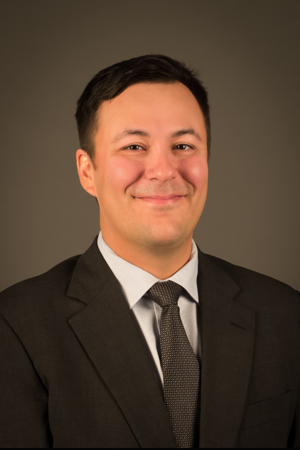 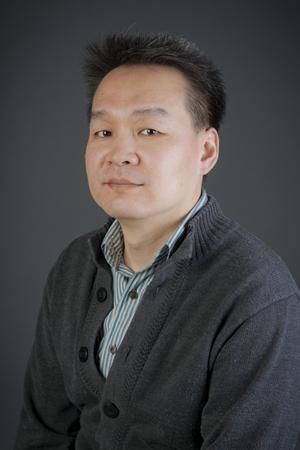 Dr. Jungho Baek is an associate professor and economics program director at the UAF College of Business and Security Management. His principal research fields include resource economics, economics of environment and trade, energy economics, and econometric modeling. His work in these areas has been presented at various professional conferences and published in over 50 international referred journals. Prior to SOM, he has conducted research for the Korea Institute for International Economic Policy (KIEP) in South Korea and the Center for Agricultural Policy and Trade Studies (CAPTS) at North Dakota State University. 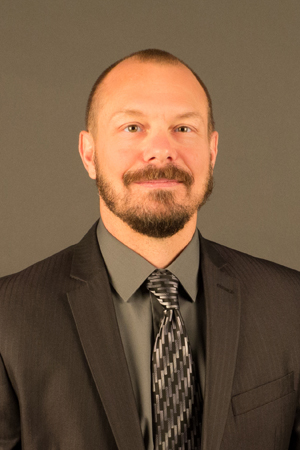 Troy Bouffard is an instructor in the Homeland Security and Emergency Management Program at the UAF College of Business and Security Management. After the Gulf War, several Balkan tours, and two combat tours in Iraq, Troy retired from the U.S. Army as an E-8/Master Sergeant, master parachutist and jumpmaster instructor with 22 years of service culminating at Ft. Wainwright with the 1-25th Stryker Brigade. Afterwards, he served the State of Alaska in the 27th legislature as an aide and chief of staff for a local Fairbanks representative. Troy is currently an instructor for the Homeland Security and Emergency Management program and a Department of Defense contracted instructor for the Arctic Domain and Security Orientation (ADSO) course to USNORTHCOM and the Alaskan Command. 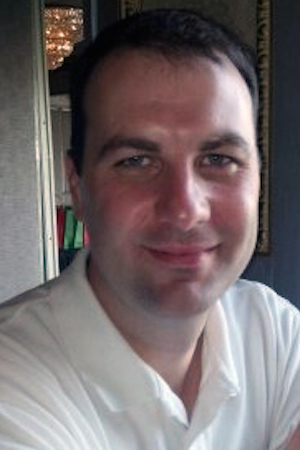 Dr. Brandon Boylan is an assistant professor in the Department of Political Science at the University of Alaska Fairbanks (UAF). His research areas of expertise include international relations, international security, political violence, terrorism, ethnic conflict, and separatist movements. His current research agenda centers on the motives, means, and opportunities of terrorist campaigns waged along ethnic lines, for which he has conducted fieldwork in Sri Lanka and Spain. His research has been published or is forthcoming in Conflict Management and Peace Science, Nations and Nationalism, and Studies in Conflict and Terrorism.  He is currently working on a book, tentatively titled The Opportunity for Terrorism: Communal Leadership Vacuums in Nationalist Movements.  At UAF, he is a faculty affiliate of the Arctic and Northern Studies Program (ANORS) and Center for the Study of Security, Hazards, Response, and Preparedness (C-SSHRP). He is also the faculty advisor to the Model United Nations (MUN) club and faculty lead on the Model Arctic Council (MAC) initiative. He teaches a range of undergraduate and graduate courses in international relations and research methods. Recently, he has participated in the Basin Harbor Teachers’ Workshop, sponsored by the Philip Merrill Center for Strategic Studies at the Paul H. Nitze School of Advanced International Affairs, Johns Hopkins University, and the Summer Workshop on the Analysis of Military Operations and Strategy (SWAMOS), sponsored by the Arnold A. Saltzman Institute of War & Peace Studies, Columbia University. Prior to joining the faculty at UAF, he was a research associate at the Ford Institute for Human Security. He holds a Ph.D. in international affairs from the University of Pittsburgh. 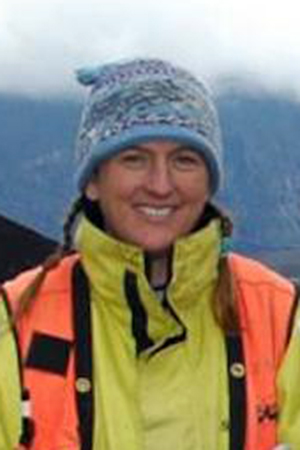 Dr. Jessica Larsen is an associate professor with the Department of Geology and Geophysics and the Geophysical Institute. Jessica received her Ph.D. from the University of California Santa Cruz in high pressure mineral physics. Jessica changed her focus to volcanology after moving to UAF in 1997. She has worked for the Alaska Volcano Observatory since then, focusing on geological mapping, stratigraphy, hazard assessments, petrology, and geochemistry studies of active volcanoes in Alaska and around the world. Jessica oversees the UAF Experimental Petrology Lab, conducting research to constrain crustal magma storage and ascent rate dynamics with graduate and undergraduate students. Courses taught by Jessica focus on Geological Hazards (GEOS 380) and Volcanology (GEOS 120, 406, and 670). 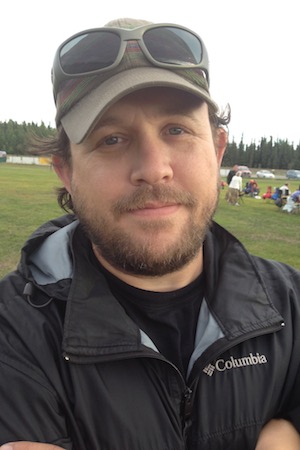 Dr. Joe Little is an associate professor of economics in the UAF College of Business and Security Management. He received his Ph.D. in economics in 2005 from the University of New Mexico. His research expertise includes applied microeconomics, environmental economics, and non-market valuation. 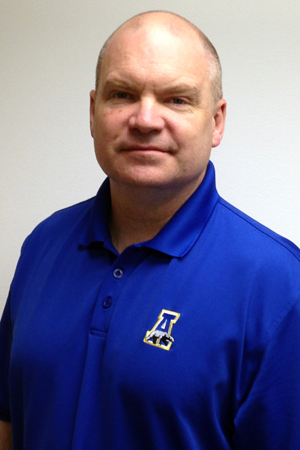 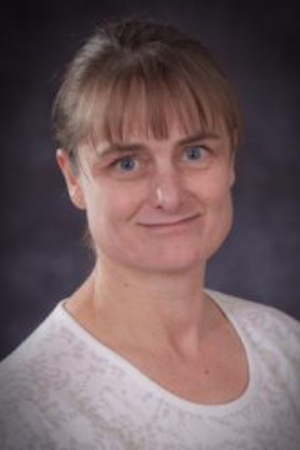 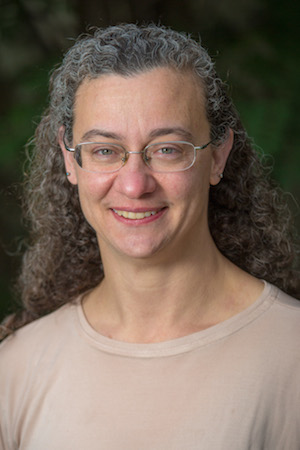 Dr. Karen Taylor joined the Department of Communication Faculty in 2008. She received her Ph.D. from the University of Pittsburgh (with certification in history & philosophy of science), her M.A. from Texas A&M University, and her B.A.  from Tulane University (with a minor in physics). Dr. Taylor's academic interests are primarily in organizational communication.  Her research deals with communicating scientific information and the role of communication in knowledge-production. 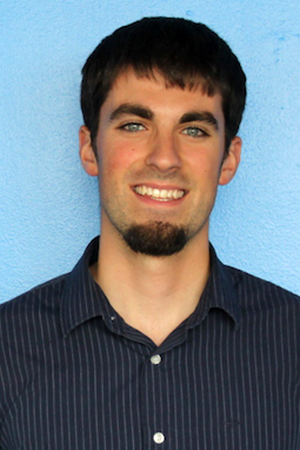