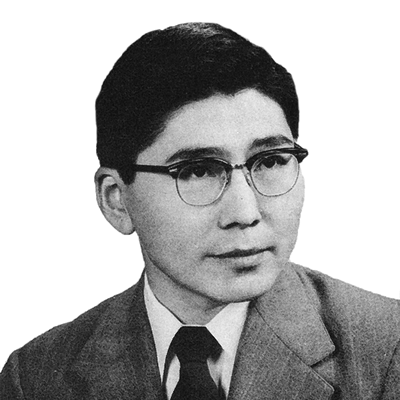 Oscar Kawagley filled many roles during a lifetime that brought him from fish camps along the Kuskokwim River to a professorship at UAF. On that journey, he developed his signature concept — “Native ways of knowing” — to help explain how different people view the world.

Not one to limit his horizons, Kawagley even acted and narrated in a few popular films and television programs, including the Disney film “Brother Bear” and CBS’ “Northern Exposure.”

Kawagley was raised by his grandmother after both his parents died when he was young. She taught him traditional Yup’ik ways and language but also ensured he did well in the school system. He graduated from UAF with an education degree in 1958.

Kawagley served in the military, taught in K-12 schools and led Calista Corp., the regional for-profit Native corporation associated with the Yukon-Kuskokwim Delta. He joined UAF’s faculty in the mid-1980s.

While studying for a doctorate in the early 1990s, he began developing the concept of “Native ways of knowing.”

“He claimed that phrase,” said fellow UAF professor Ray Barnhardt in an interview after Kawagley died in 2011.

Barnhardt and Kawagley explored the phrase’s meaning in a 2005 article in the journal Anthropology and Education Quarterly.

“Until recently,” they wrote, “there was very little literature that addressed how to get Western scientists and educators to understand Native worldviews and ways of knowing as constituting knowledge systems in their own right, and even less on what it means for participants when such divergent systems coexist in the same person, organization or community.”