An assist for hockey goalies 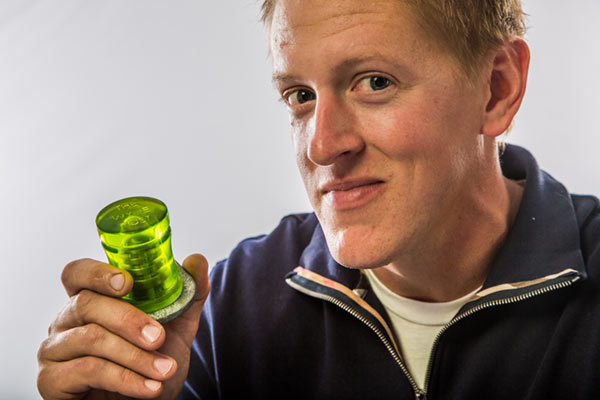 It was a simple question that had vexed Wylie Rogers for much of his life: Why couldn't somebody figure out a better way to secure a hockey net?

Rogers, a former Alaska Nanooks goalie, had seen countless practices delayed when goalposts were accidentally dislodged. So when UAF business Professor Ping Lan asked Rogers and his other MBA students to come up with a solution to an irritating problem, the idea for the Wylie Post was born.

Traditional hockey net moorings are either steel posts pounded into the ice or rubber posts frozen into deep holes drilled in the ice. The steel posts are unyielding when hit. The rubber posts are unsuitable for some rinks. Both can be time-consuming to use and reposition. The Wylie Post consists of a small base plate, which freezes into the ice surface, with a pair of zinc-coated spikes underneath and a rubber post above that slips into the net opening's vertical frame tubes. With Wylie Posts, the net stays put if a goalie bumps it but still pops loose if a skater crashes into it. The posts can be installed in seconds on any rink.

With Lan's encouragement, Rogers developed a prototype in 2014. It won the Alaska Student Kicker Award at UAF's Arctic Innovation Competition. The product is now used by university and minor league hockey clubs across the country.