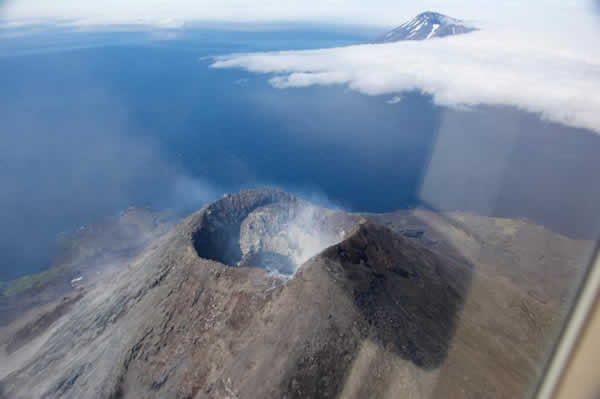 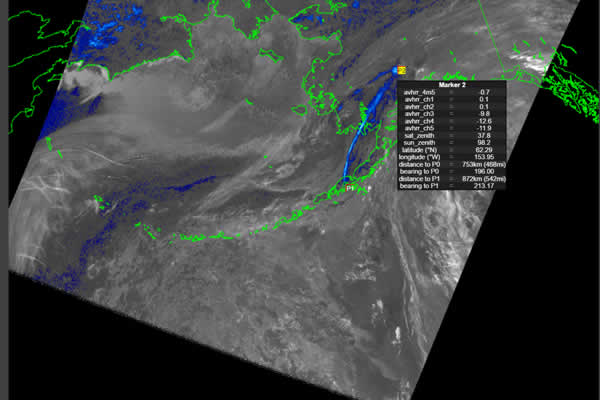 Remote sensing image from spaceborne data of the cloud from Pavlof eruption, Spring 2016

Remote monitoring of volcanic hazards using satellite imagery — specifically ash detection and dispersion simulations — was pioneered at the University of Alaska Fairbanks in the early 1990s. UAF researcher and geosciences professor Ken Dean and his team of staff and students developed the first tool for making decisions that used real-time web-based remote sensing.

The issue is important because airborne particulates can affect passenger and cargo air traffic, as well as other business services. For example, in 1989 all four engines on a Boeing 747 temporarily shut down when it unknowingly flew through a cloud of ash from Redoubt volcano.

Dean’s work was continued by UAF’s Jonathan Dehn and Peter Webley and their team of researchers. In 2013, UAF's first spinoff company, V-ADAPT, was formed around more than 20 years of experience in volcanic detection, alerting and dispersion simulations.

The company continues to grow and develop new ventures, which connect back to the volcano remote-sensing research led by Webley at UAF.