A 'jukebox' of Alaska's stories 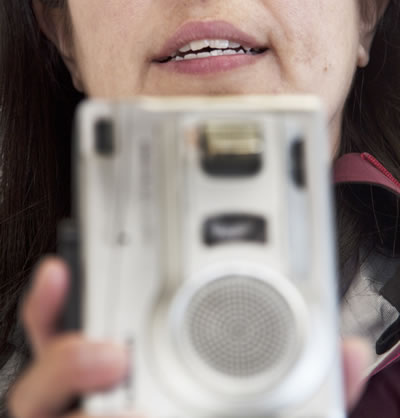 In the mid-1980s, the Elmer E. Rasmuson Library became one of the first in the nation to digitize its oral history recordings.The library then shared them across Alaska through computer stations akin to jukeboxes.

It was an unusual idea during a time that predated the internet and in a place where remoteness complicates access to technology. Yet Bill Schneider, director of the library’s Oral History Program, embraced the concept.

The Oral History Program was on the chopping block due to a university budget crisis. Schneider needed an easier way to maintain and share the recordings, so he applied for and received an Apple Library of Tomorrow grant. It provided a computer with special hardware and software that enabled programmers to upload audio, pictures and text, then organize it in a user-friendly way.

NPS funded Schneider and his team to record interviews with people whose histories were intertwined with the parks’ and contributed to Alaska's heritage. The histories were burned to compact discs and placed in computer stations with CD changers. Park visitors could select an oral history the way they could select a jukebox song, which is how Project Jukebox began.

Project Jukebox is the outreach branch of the Oral History Program and is funded entirely through partnerships and grants. It has since moved to the internet, and hundreds of the program’s 11,300 recordings are now online at jukebox.uaf.edu.