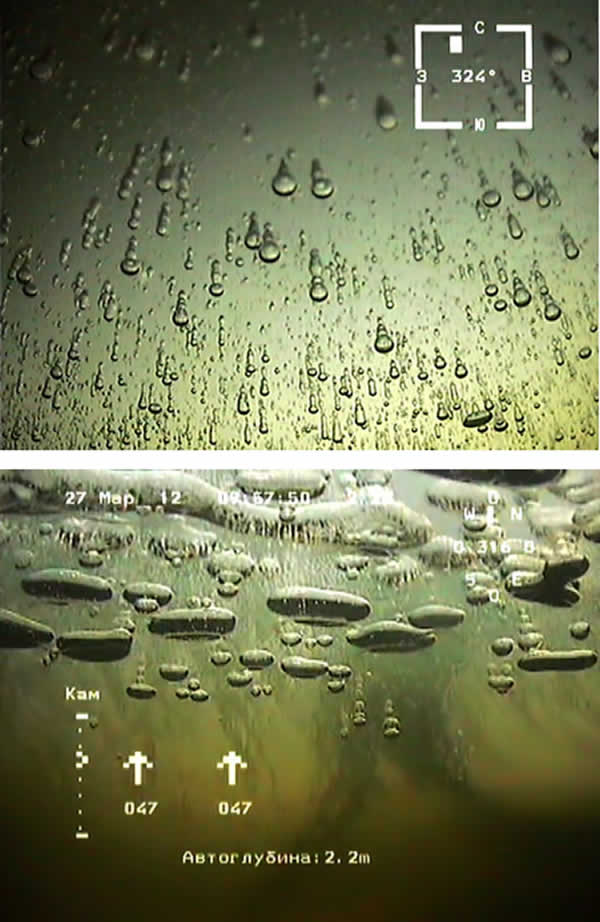 The discovery of methane seeping from the seabed, seen here in samples of Arctic Ocean ice, could alter climate change projections. Photo courtesy of Natalia Shakhova

A team led by University of Alaska Fairbanks scientist Igor Semiletov found evidence in 2008 that the carbon pool beneath the Arctic Ocean is leaking, a discovery that could have huge implications for climate change.

Semiletov and Natalia Shakhova, leaders of the study, noted the greenhouse gas release was the result of thawing and changing undersea permafrost structure.

“We have found methane bubble clouds above the gas-charged sediment and above the chimneys going through the sediment,” Semiletov said.

Their new data indicated underwater permafrost is thawing and therefore releasing methane. When permafrost thaws, its organic material, made up of dead plants and animals, releases gases like methane and carbon dioxide. Methane, a greenhouse gas 20 times more powerful than carbon dioxide, is thought to be an important factor in global climate change.